Kasbah of the Udayas, Rabat (Morocco) 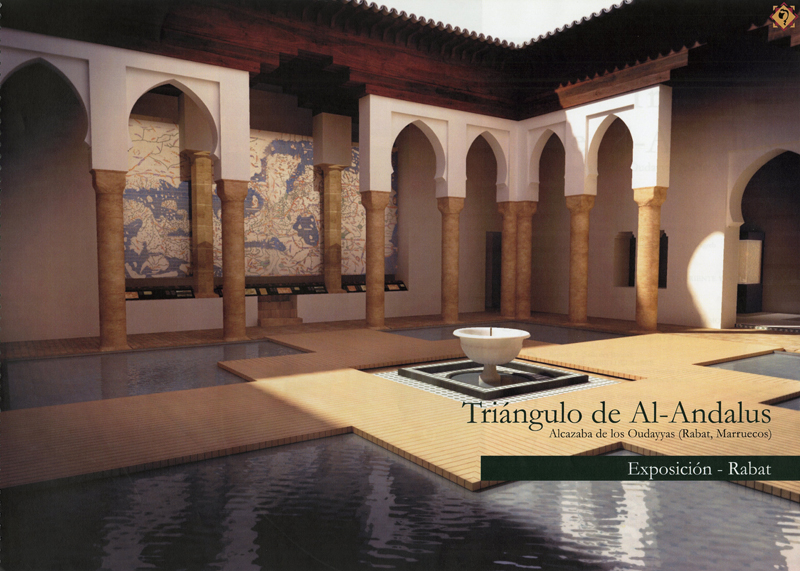 The exhibition Triangle of al-Andalus was celebrated in Rabat (Morocco) on the occasion of the celebration of this city as the Capital of Arab Culture in 2003. It was organized by the Regional Government of Andalusia through El legado andalusi Foundation and the Moroccan Ministry of Culture. The objective of the exhibition was to disclose the historical relations that have linked the East and the West during centuries: al-Andalus, the Maghreb and the Mashriq, as well as the culture shared by all these Mediterranean spaces.

Held in the Kasbah of the Udayas, the exhibition gathered pieces from museums and institutions in Spain, Portugal, Morocco and Syria.

The exhibition was inaugurated by the President of the Regional Government of Andalusia and the Minister of Culture of the Kingdom of Morocco.

Catálogo
Al-Andalus and science. A trip to the scientific past.
Colours of Morocco