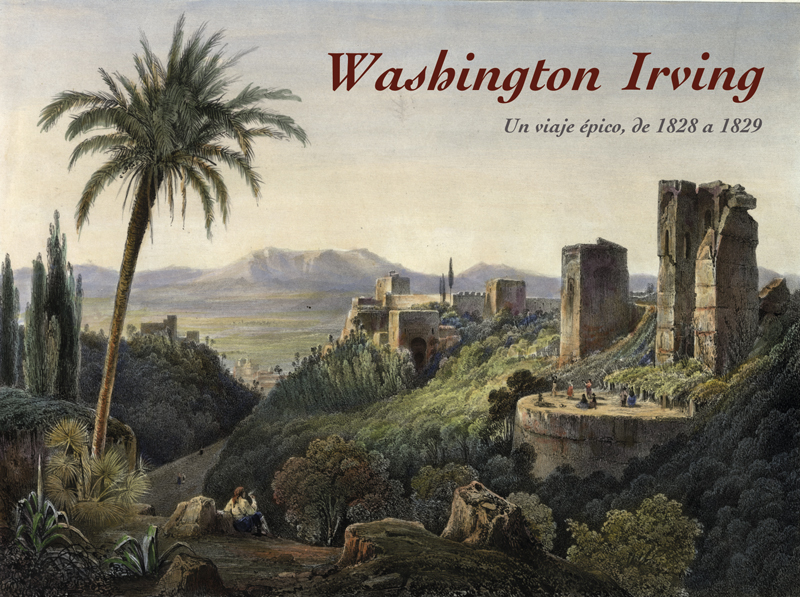 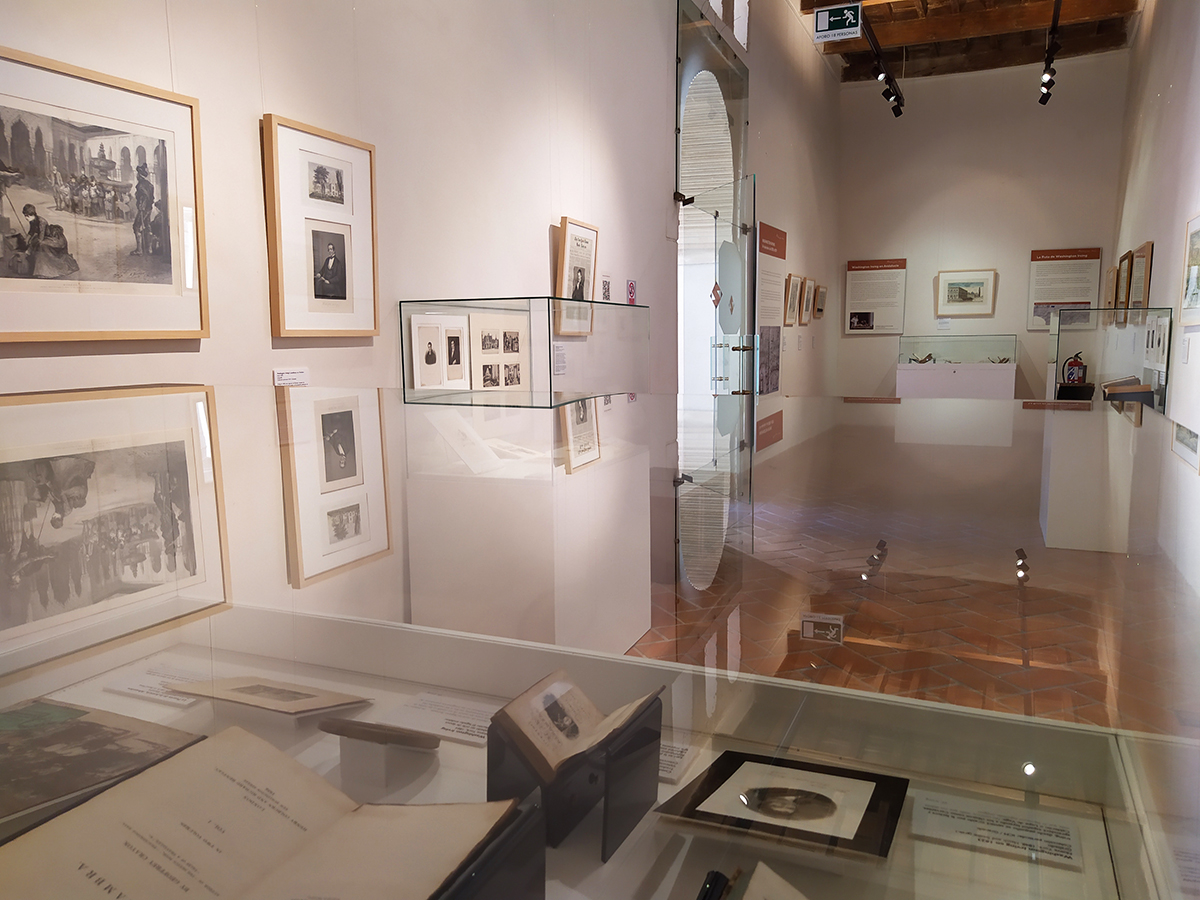 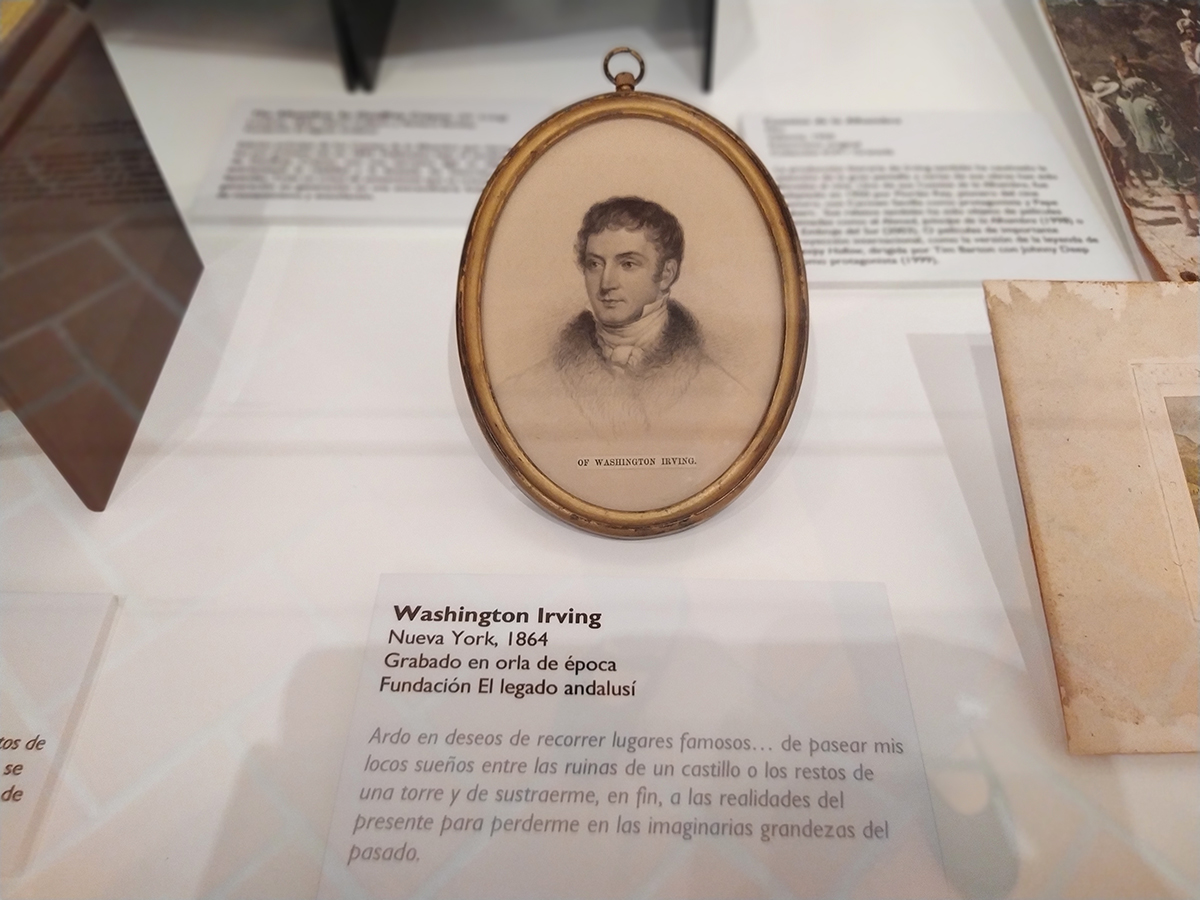 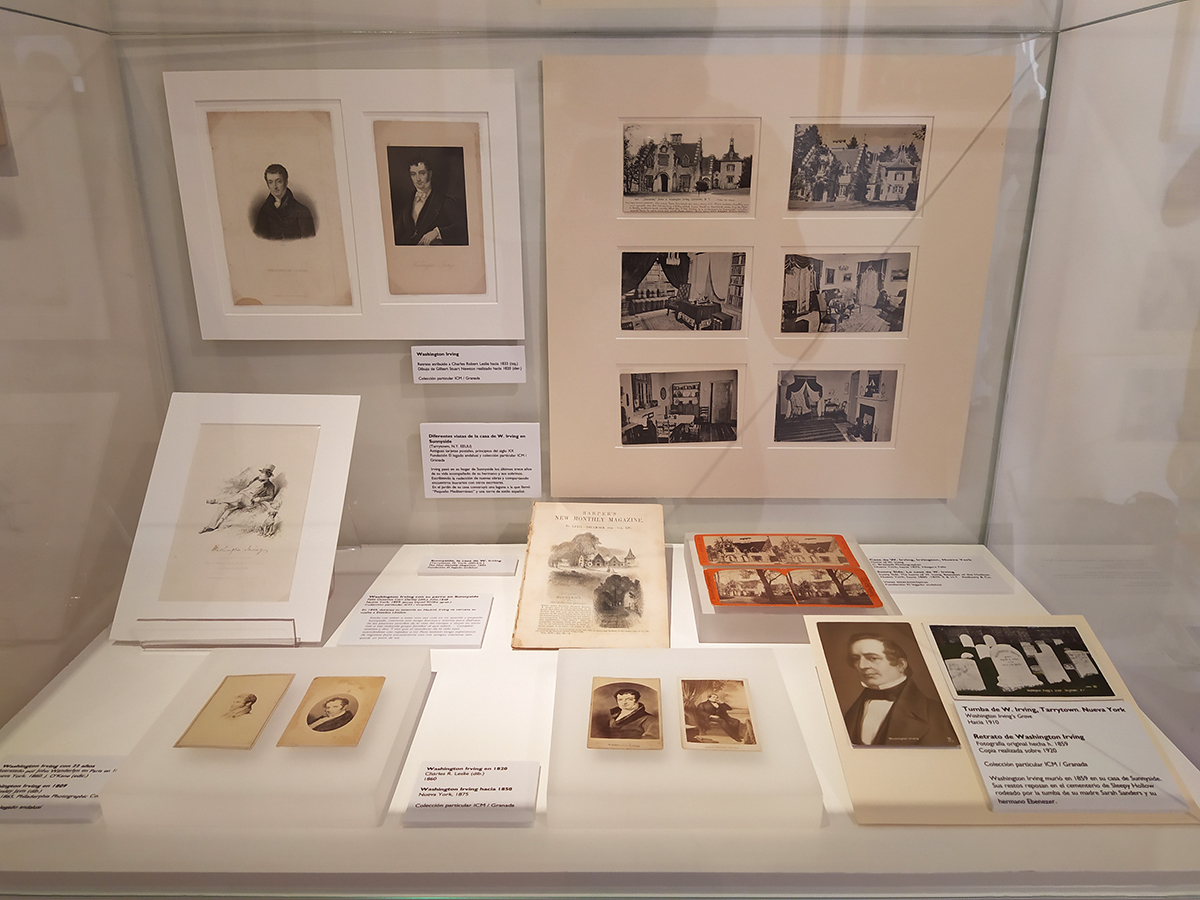 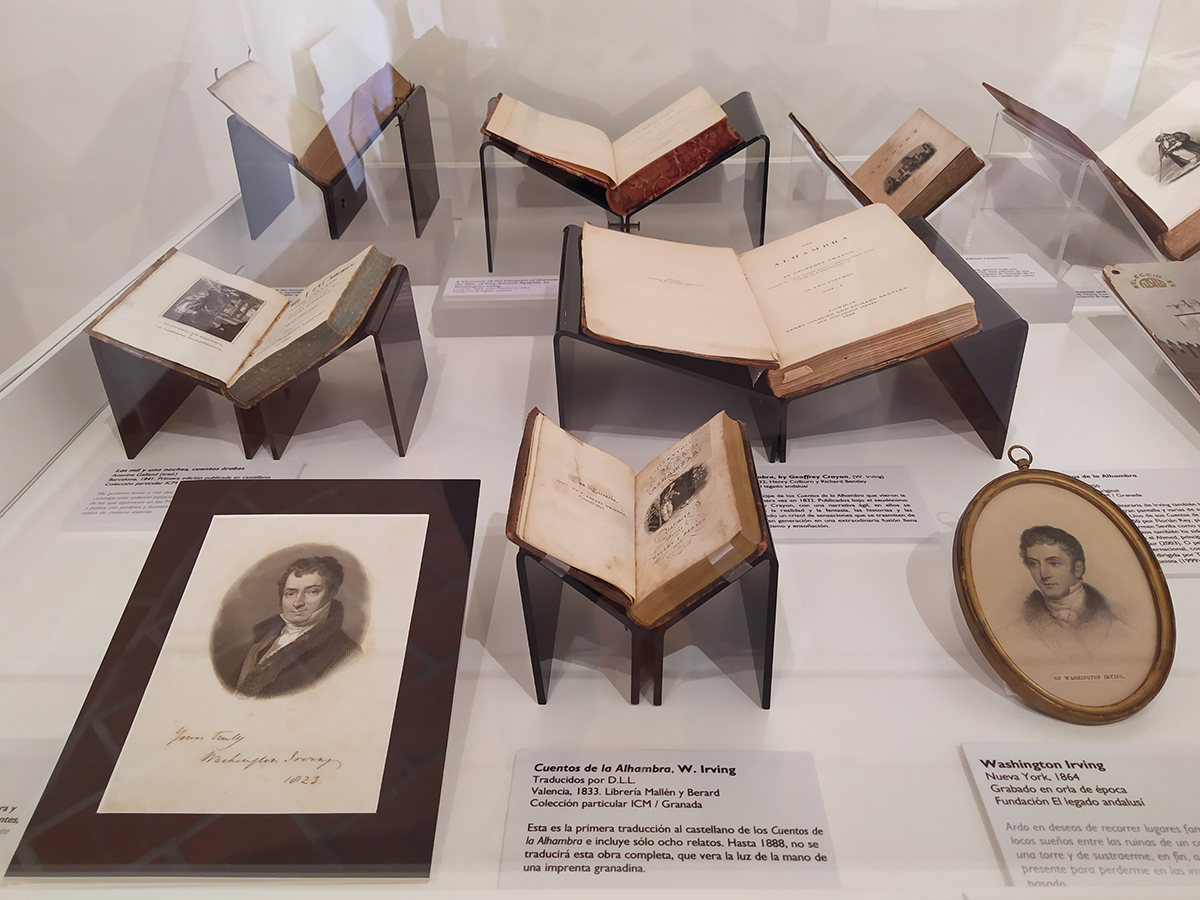 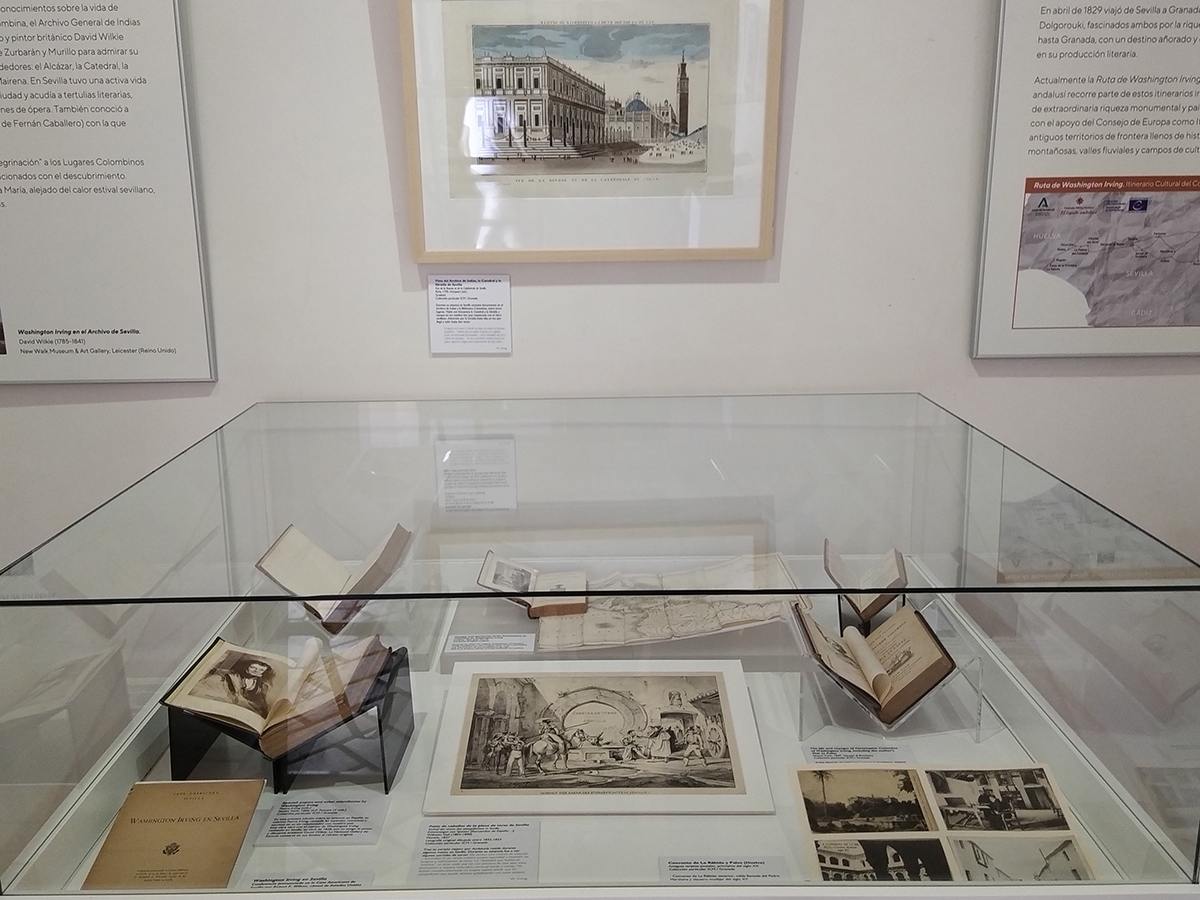 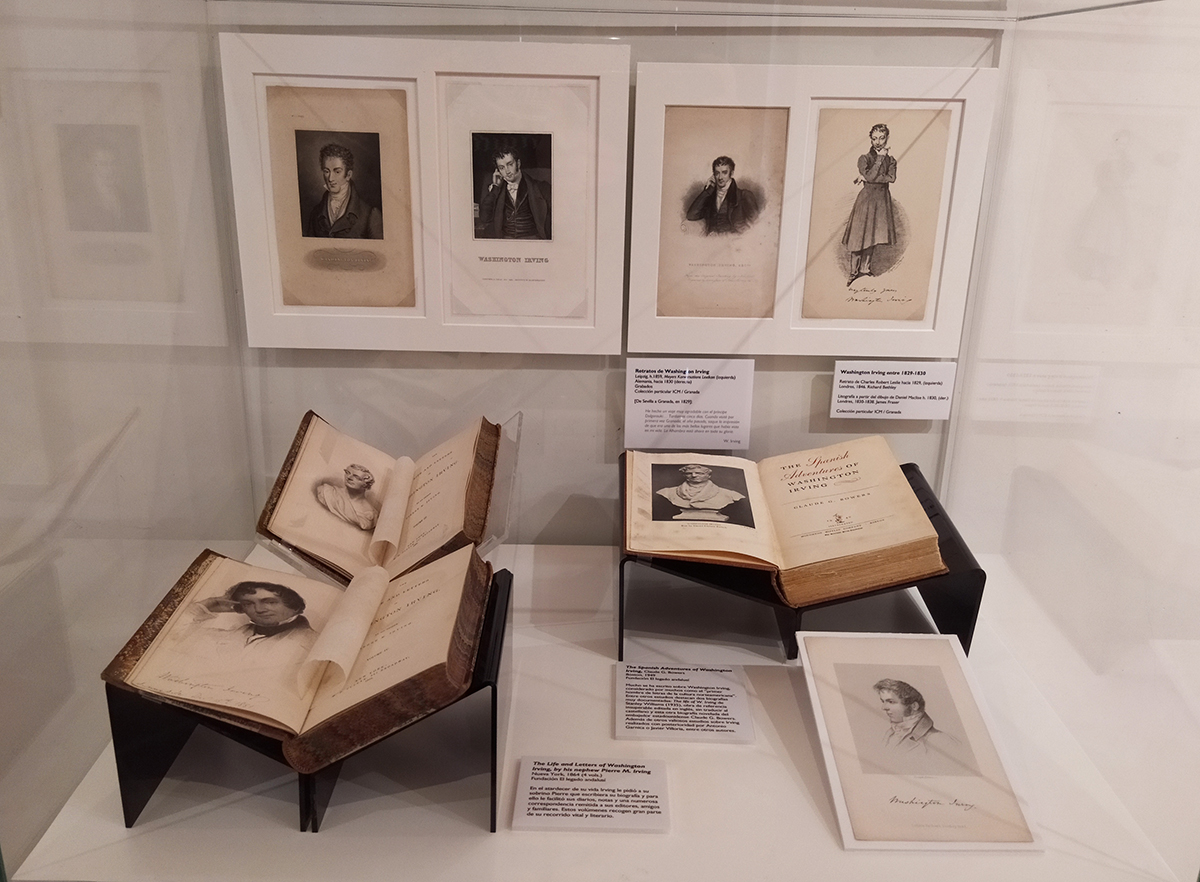 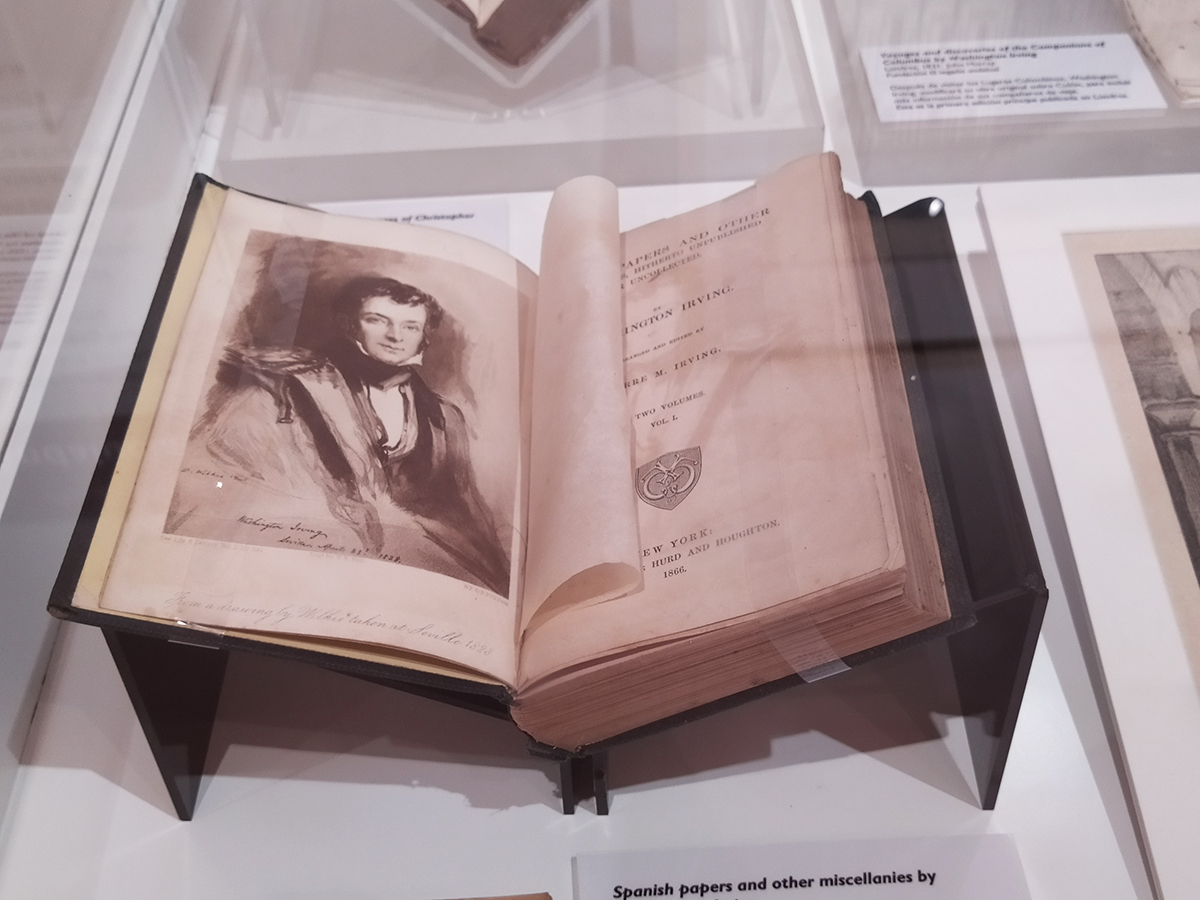 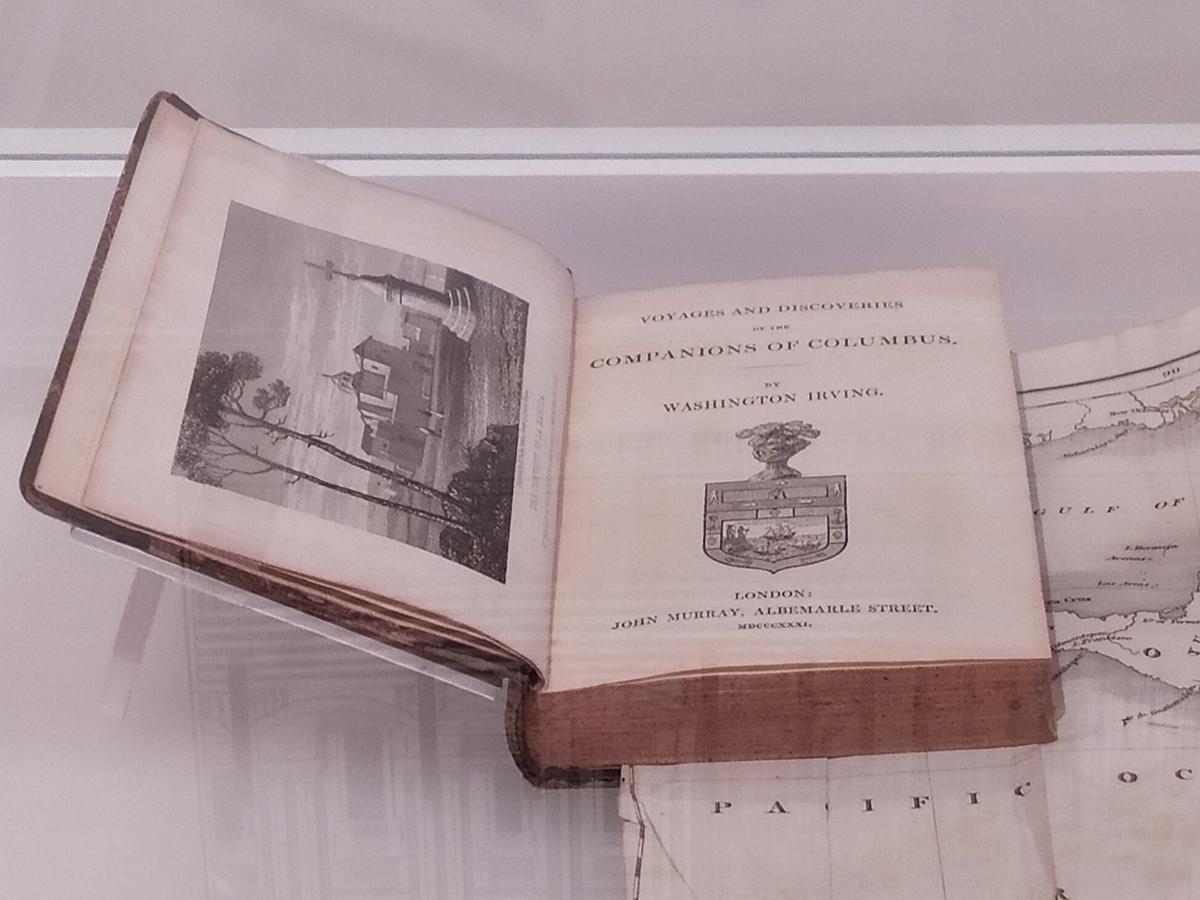 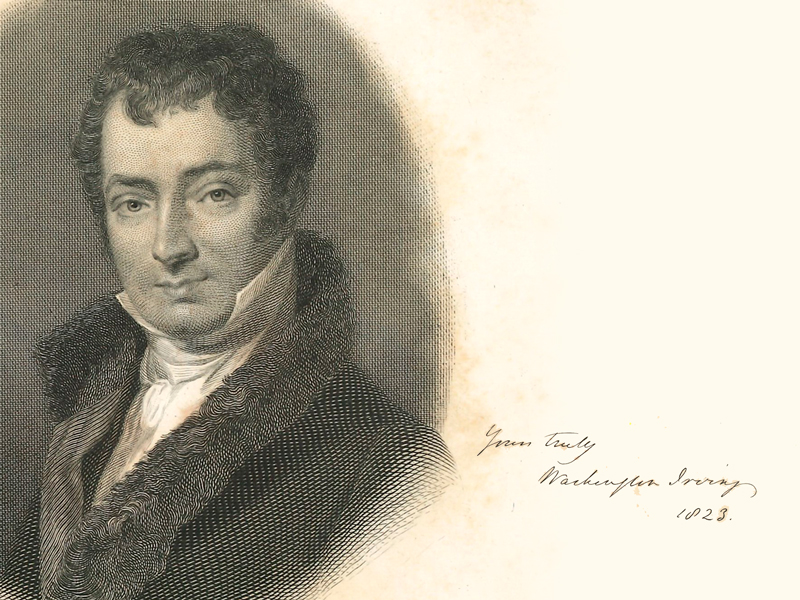 I am an inveterate traveller, I have read a few things, seen and heard some more and dreamed of much more. .

This exhibition aims to pay tribute to Washington Irving (1783-1859), an American writer and traveller who made the name of Andalusia universal crossing borders, thanks to his large and significant written production.

A lawyer, short-story writer, essayist, biographer, diplomat and sometimes an historian, Irving was one of the first American writers to achieve worldwide literary reputation.

Washington Irving travelled to Andalusia between 1828 and 1829, where he lived most of the time in Seville and Granada. During his stay he took the opportunity to research, write, observe and visit numerous regions, towns and cities, in a travelling adventure full of romanticism, descriptions, impressions and sensations.

Today, theRoute of Washington Irvingof the Andalusian Public Foundation El legado andalusí covers part of these Irving’s itineraries, passing through legendary places with plenty of monuments and wonderful landscapes. This tourist-cultural route is supported by the Council of Europe as European Cultural Itinerary and runs through attractive routes full of literary and historical reminiscences.

As a result of Irving’s stay in Spain, important written works saw the light, such as A History of the Life and Voyages of Christopher Columbus (1828), Chronicle of the Conquest of Granada(1829) or Voyages and Discoveries of the Companions of Columbus (1831).

Granada and the Alhambra inspired him to write The Alhambra (1832), a universal work also known as Tales of the Alhambra, a title that has become a landmark of the Alhambra universe over the years. A pioneer in the dissemination of our historical heritage, his literary legacy served, through a magic mixture of reality and imagination, to encourage countless travellers to get to know and visit Granada:

I will leave the Alhambra in a few days and it will be with great regret…
I have never in my life spent such days and I do not expect to live them again.
Here ends one of the most pleasant dreams of my life,
that the reader may think it was too much made up of dreams.

This exhibition, organized by Granada City Council, the Albaicín Agency and the Andalusian Public Foundation El legado andalusí, was created with the purpose of joining forces to enhance and disseminate our precious cultural heritage.

Curated by the Andalusian Public Foundation El legado andalusí, the exhibition set on display more than 50 ancient pieces, including original engravings, first book editions and old photographs, among other works.

The result is a detailed exhibition that takes us back to Andalusia in the 19th century, articulated around Irving’s own writings and his vital universe, and at the same time, approaches us to the knowledge of an essential part of our own history.