Al-Andalus and science. A trip to the scientific past.

From 2008, PERMANENT EXHIBITION in 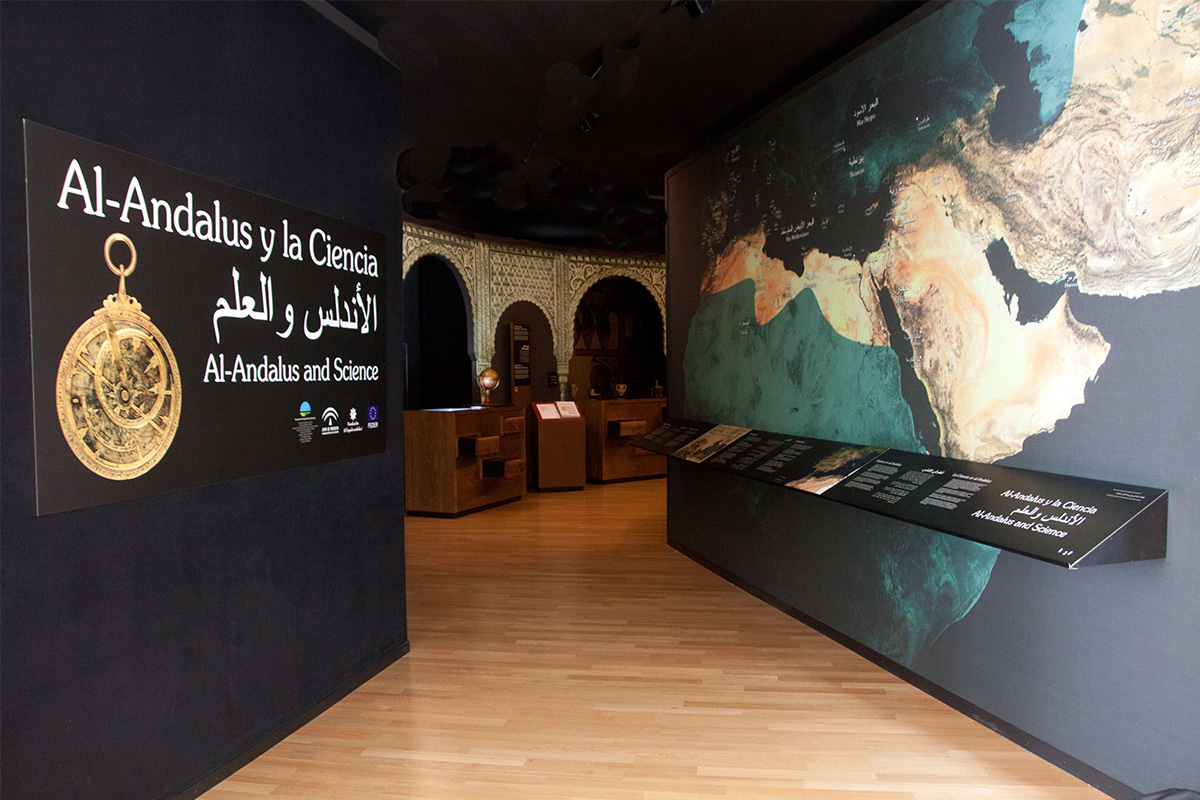 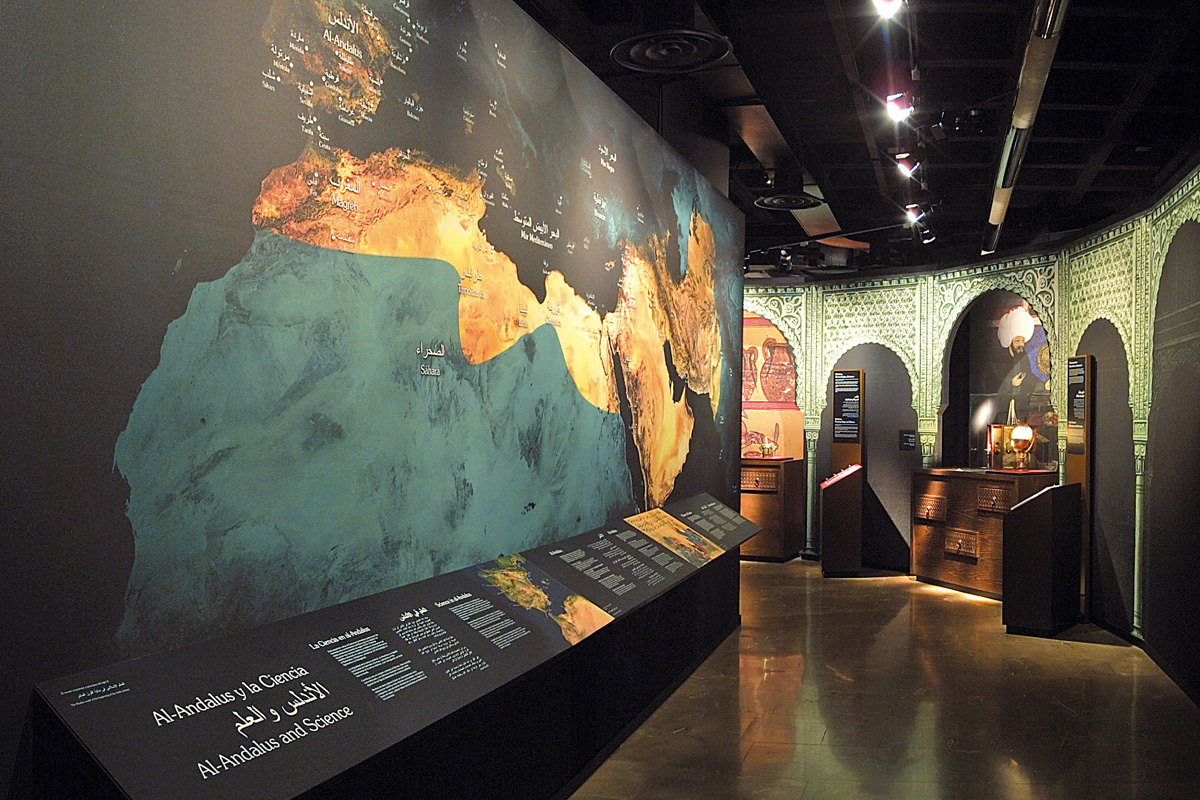 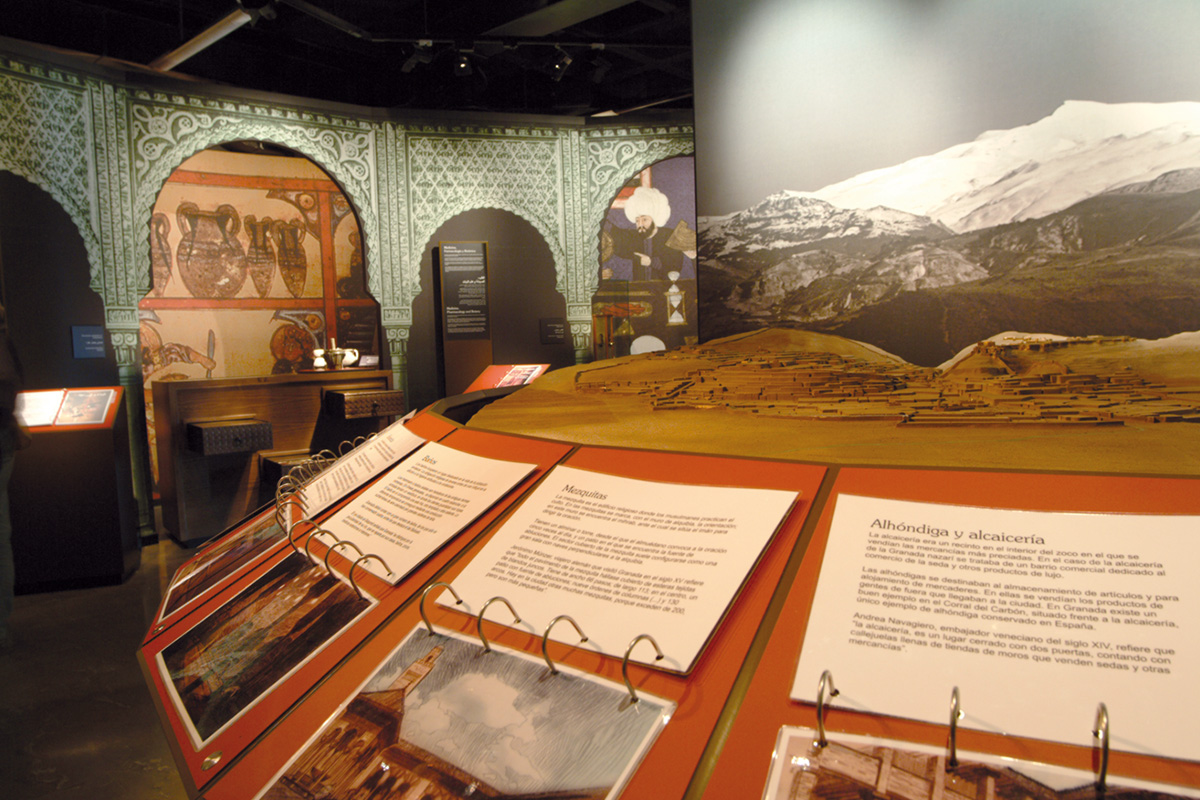 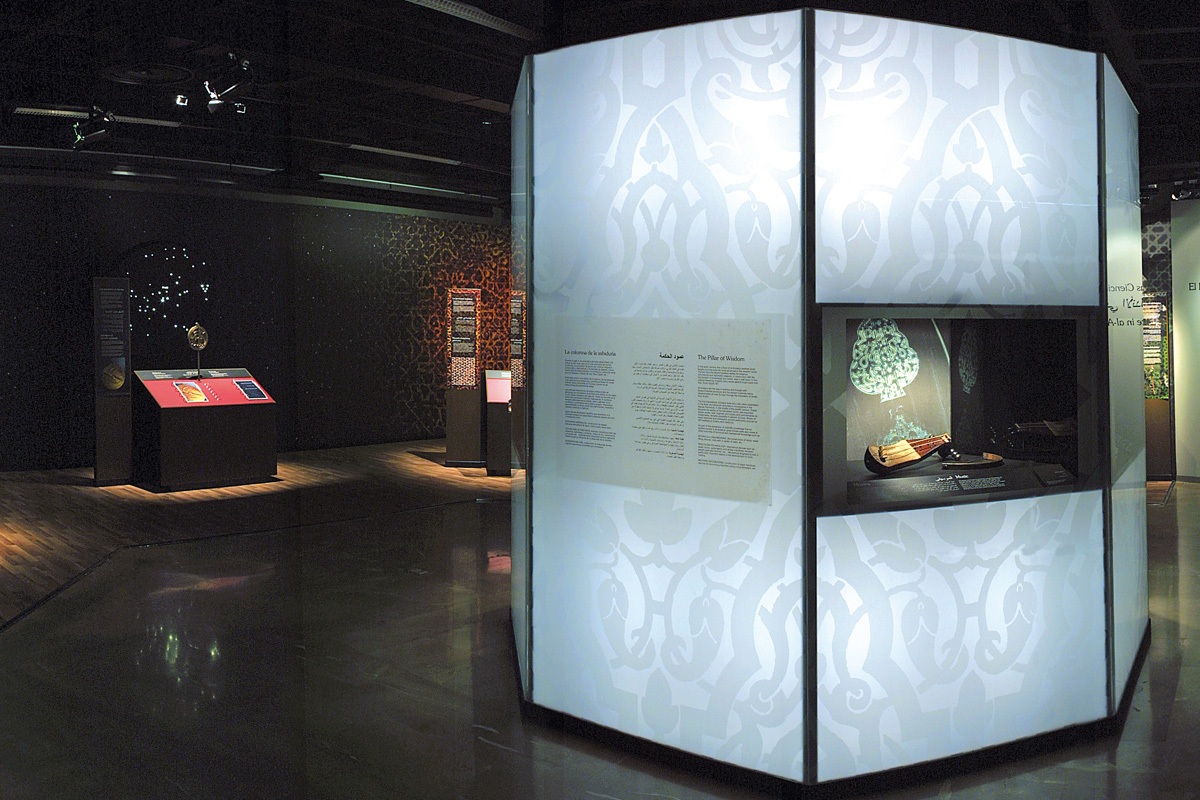 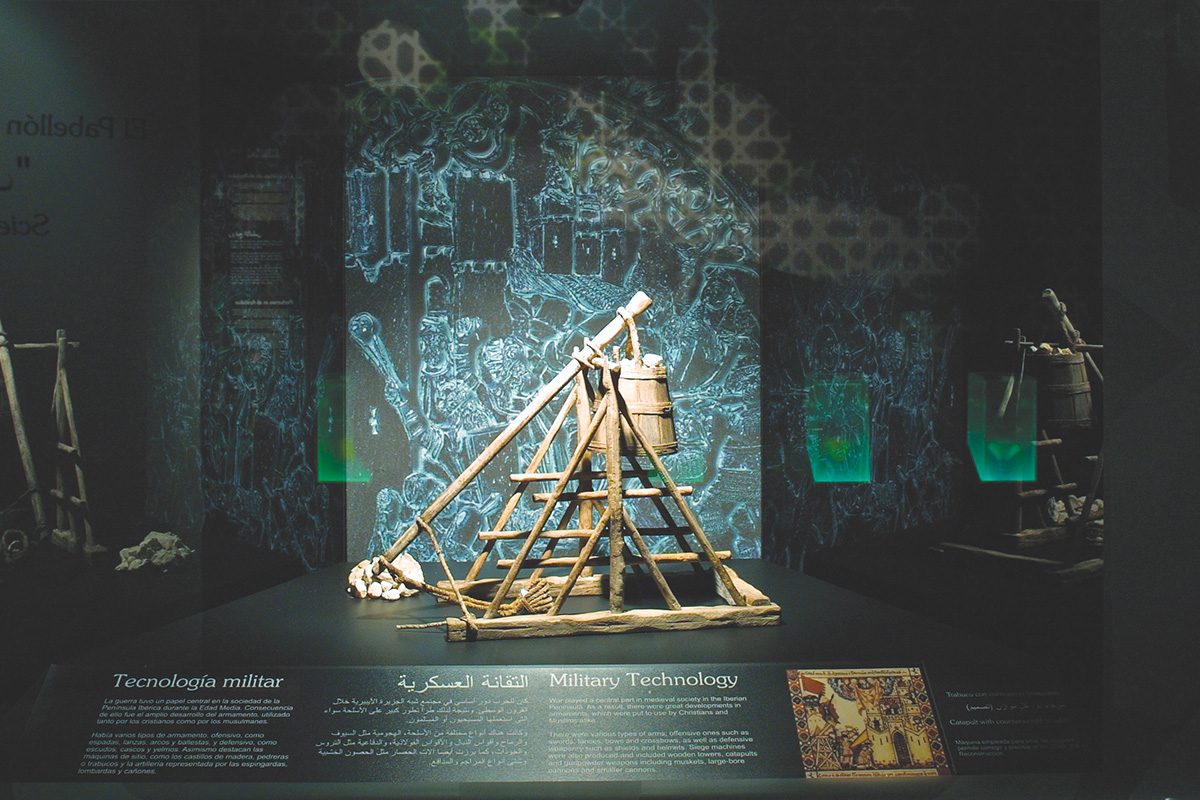 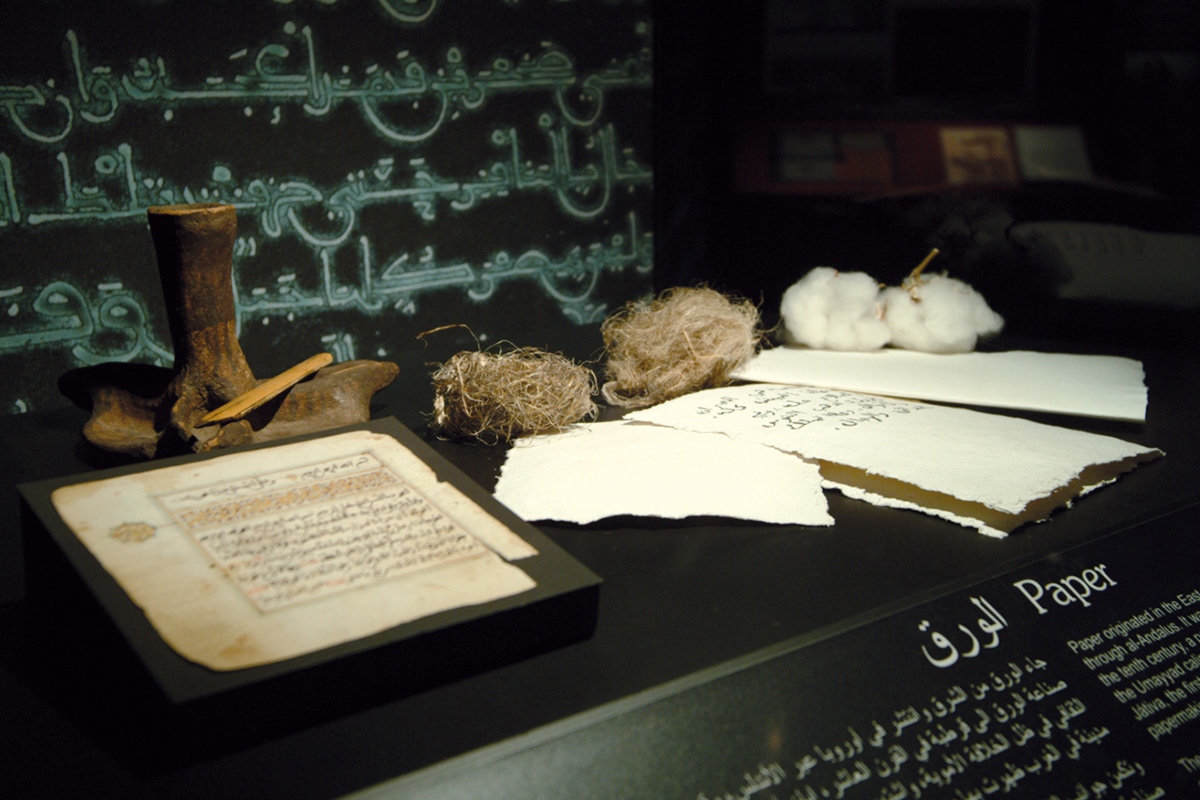 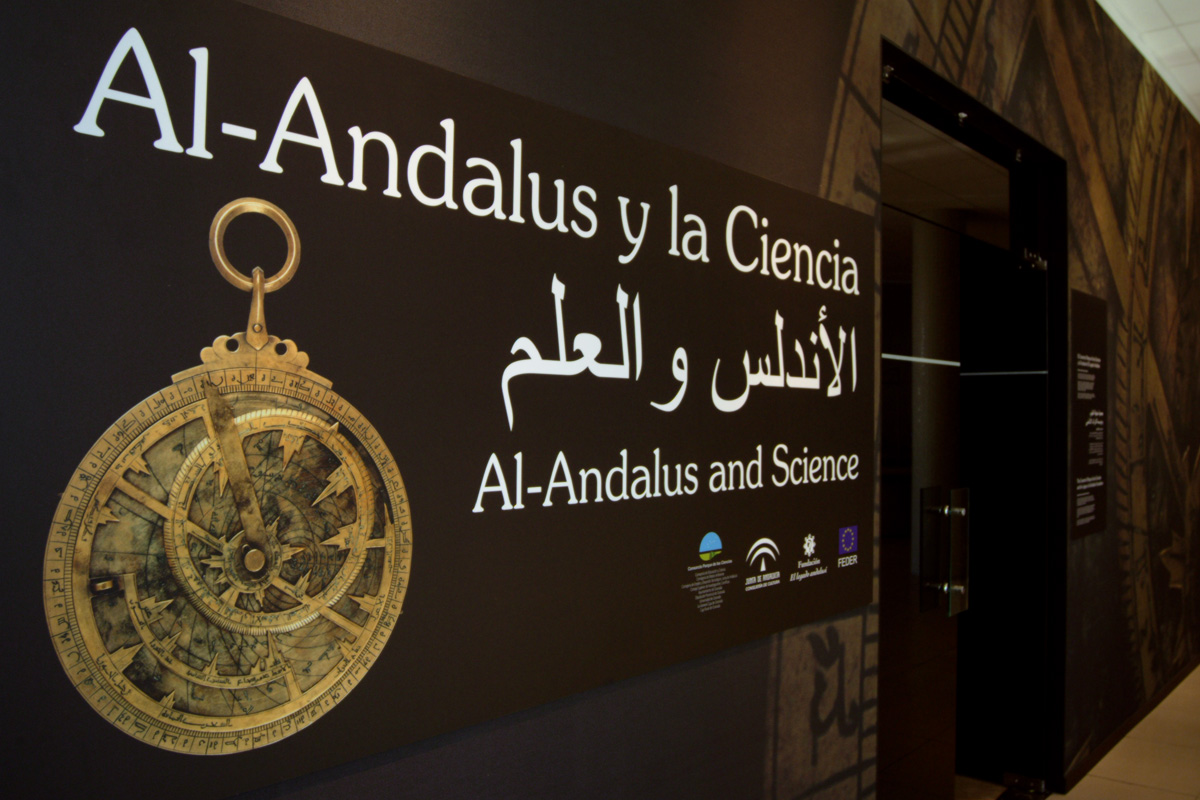 Through an innovative exhibition approach and the use of different interactive modules, the exhibition Al-Andalus and Science. A trip to the scientific past revealed the scientific contributions that the wise men of al-Andalus left us between the 8th and 15th centuries, showing the high scientific level they reached in certain disciplines such as Astronomy, Mathematics, Medicine, Botany, Pharmacology, Agronomy or Navigation. Through faithful replicas, maps, panels, photographs and interactive devices, the visitor could get closer to the science developed in al-Andalus, its influence and its legacy as a source of transmission to Europe and from there to the entire world.
Much of this erudition was a clear testimony to the scientific collaboration between different communities, societies and religions that were encouraged by the same objective: their wish for knowledge and the application of his knowledge for the benefit of humanity.
In the first stages Arab science was characterized by the capacity of integration and assimilation of Hellenistic, Syriac, Sanskrit and Persian knowledge, among others. However, Arab scientists did not only merge and transmitted the science of antiquity; they also developed it.
Thanks to the formation of al-Andalus –the name given by the Arabs to the area of the Iberian Peninsula that remained under their control–, scientific knowledge came from the East and from al-Andalus to the rest of the European territories. For this reason, al-Andalus was at the forefront of medieval science. Classical knowledge and thought were reintroduced in the West through the translations from Arab language.
Scientists from al-Andalus, such as the surgeon al-Zahrawi, from Cordoba (better known as Albucasis), the astronomer al-Zarqali, from Toledo, the geographer from Ceuta al-Idrisi, or the agronomist from Almería Ibn Luyyun, were some of the leading figures in the scientific sphere of al-Andalus.

The texts of the exhibition were written in Spanish, English and Arab languages, and the visit started with an introduction to al-Andalus and its different historical stages, before entering a space dominated by a scale model of Nasrid Granada in the 15th century (carried out under the scientific supervision of the School of Arab Studies -Higher Council for Scientific Research, CSIC), that showed the most relevant spaces in the city. In this same space, and in subsequent sections, the visitor discovered the fascinating world of the science in al-Andalus.
The section on Exact Sciences: Mathematics and Astronomy brought the visitor closer to the Andalusi mathematical world that stood out for calculation and geometry. Astronomy was also extensively developed, as it was applied for different everyday uses.
The section on Medicine, Pharmacology and Botany illustrated medical research, highlighting some disciplines such as ophthalmology. At that time the field of Medicine was not as compartmentalized as it is today, and the doctor used to be not only clinician, but also what today, differences aside, we would call a pharmacologist and a botanist.
The Water and Agriculture module focused on the development of the different hydraulic systems developed in the period of al-Andalus, such as waterwheels, qanats, ditches, mines, reservoirs… and the evolution in water technologies. In parallel, new crops were introduced –previously unknown in the Western world– such as sugar cane, cotton, Asian rice, citrus, bananas, date palm and many vegetables.
The module on Geography: Navigation and Cartography dealt with the expansion of Muslim territories and their contributions to nautical development.
The contents of the second part of the exhibition were articulated around the “Column of Wisdom”: the different technical contributions regarding metal works, the introduction of paper in the Western world, textiles, military technology, ceramics, glass and music, highlighting interesting musical instruments introduced in Europe by the Muslims like the lute, the psaltery or the rabel.
The room was completed with different interactive elements such as the hydraulic device conceived by al-Jazari, the use of the Astrolabe or the importance of geometric shapes in a module that invited the visitor to discover how the Alhambra mosaics were composed. The visit ended with a module on the aromas of al-Andalus. Through the sense of smell, the visitor was invited to identify aromatic plants and to know about their different medical, pharmacological and aesthetic applications.

Morocco and Spain. A common history
Triangle of al-Andalus