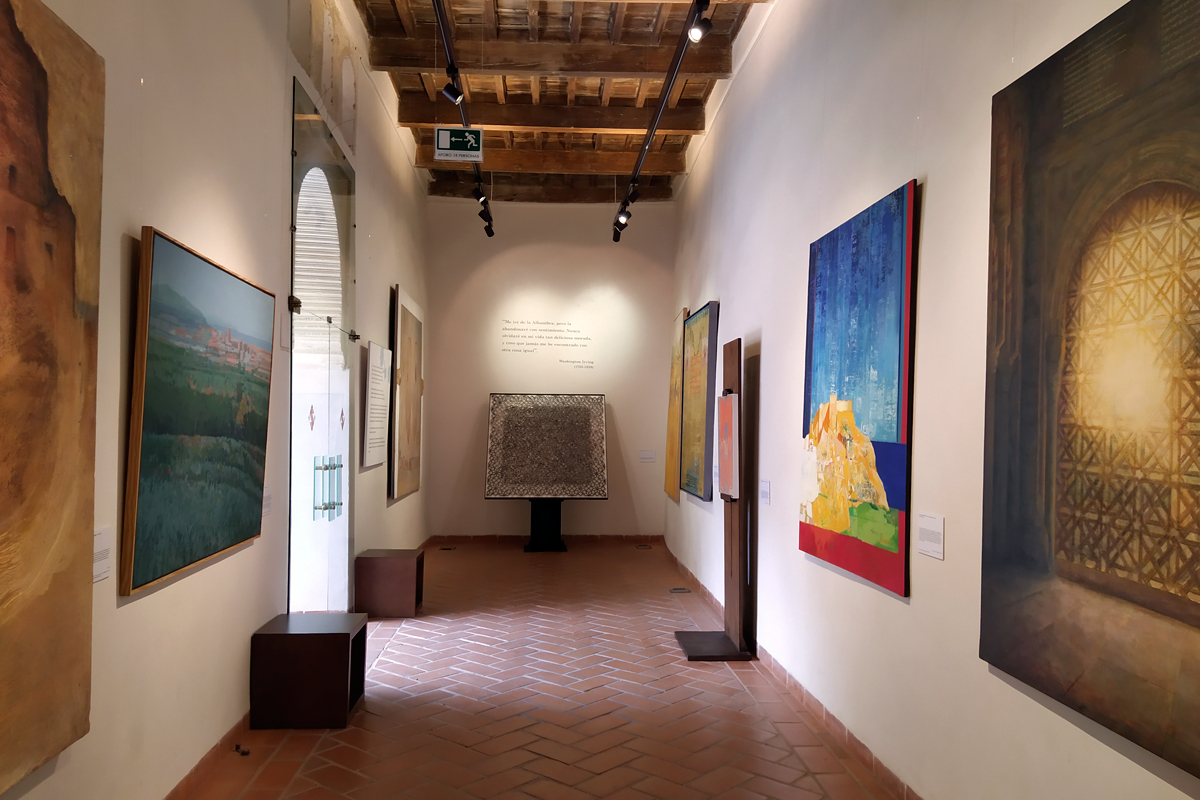 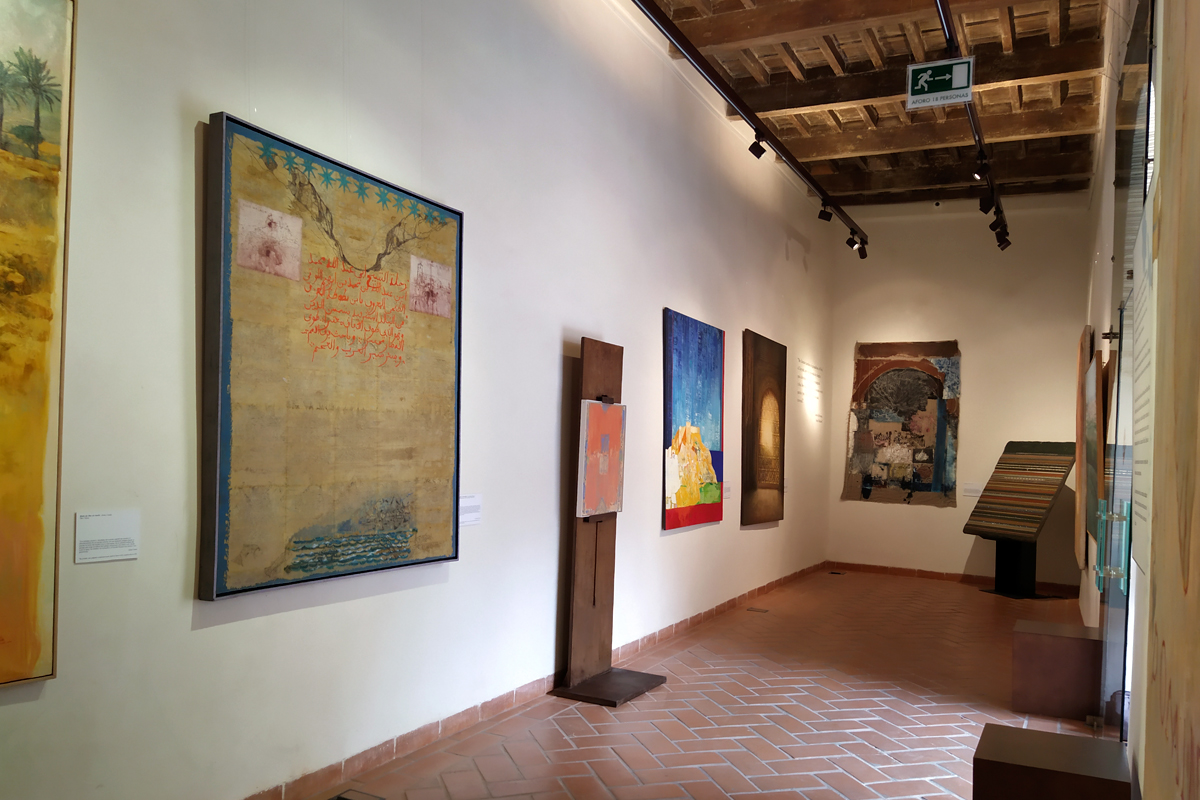 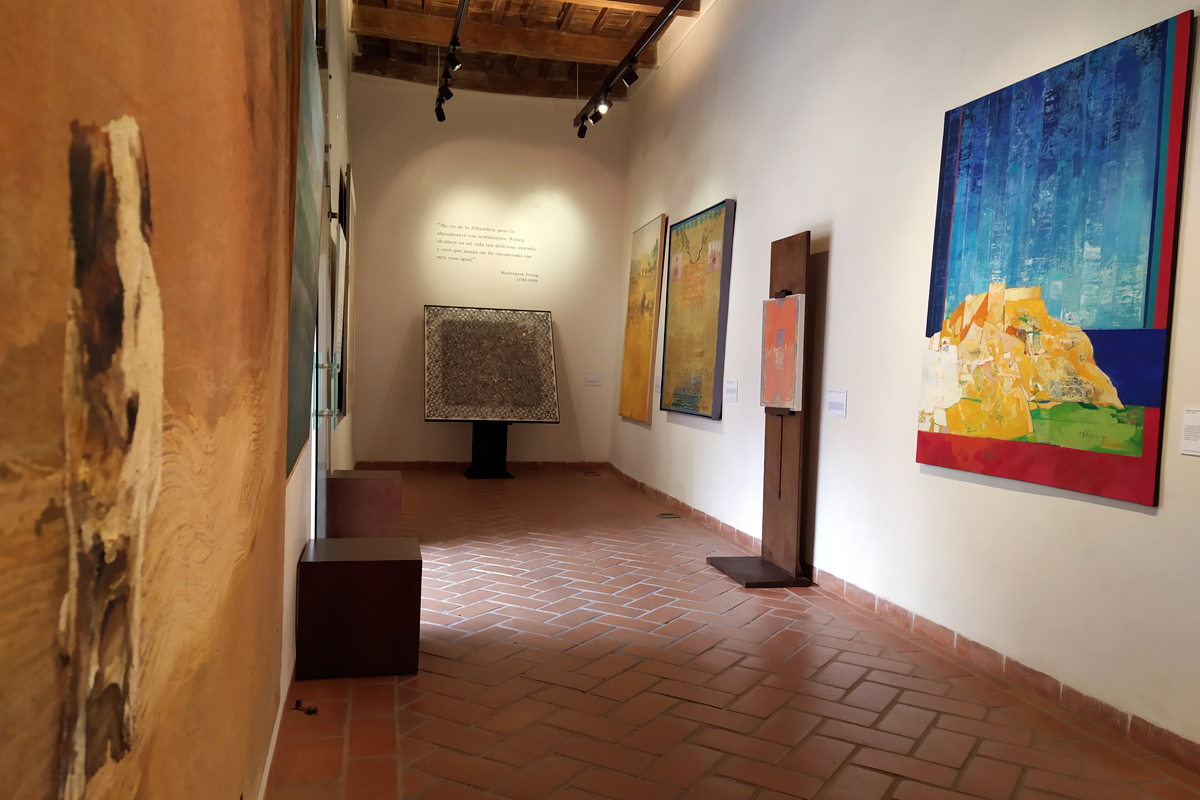 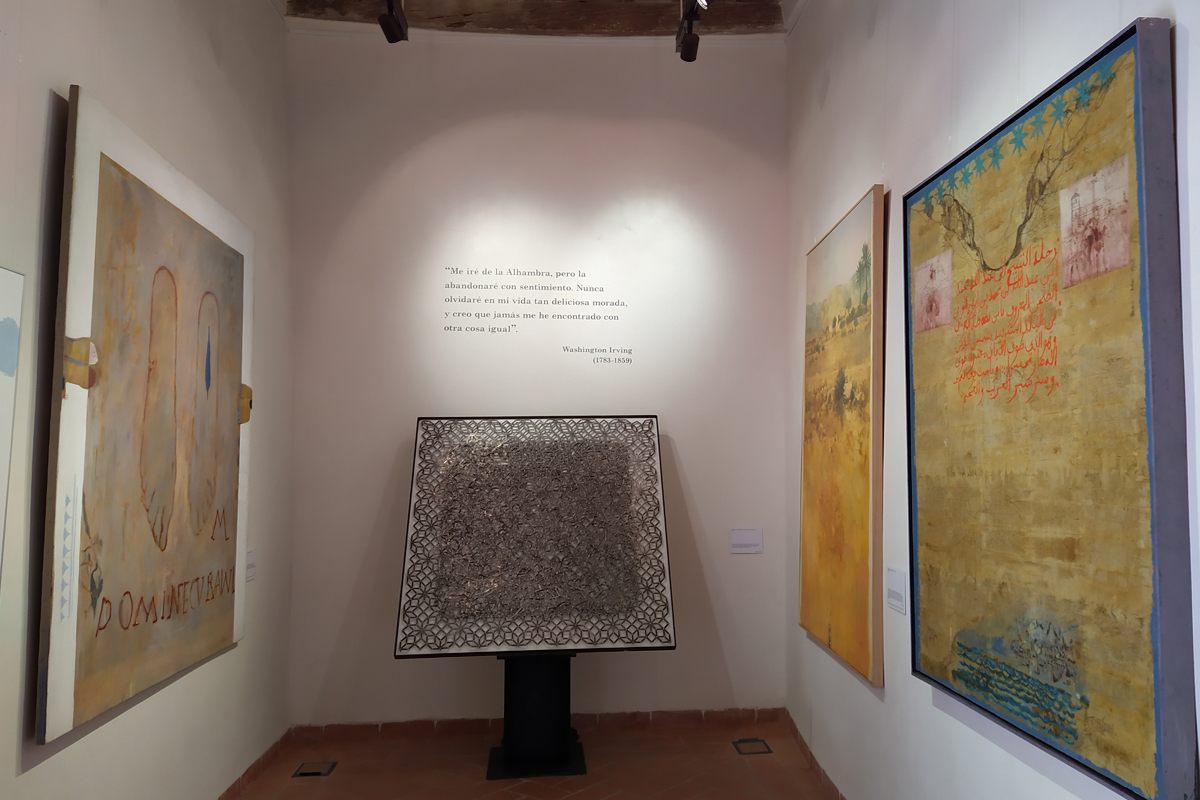 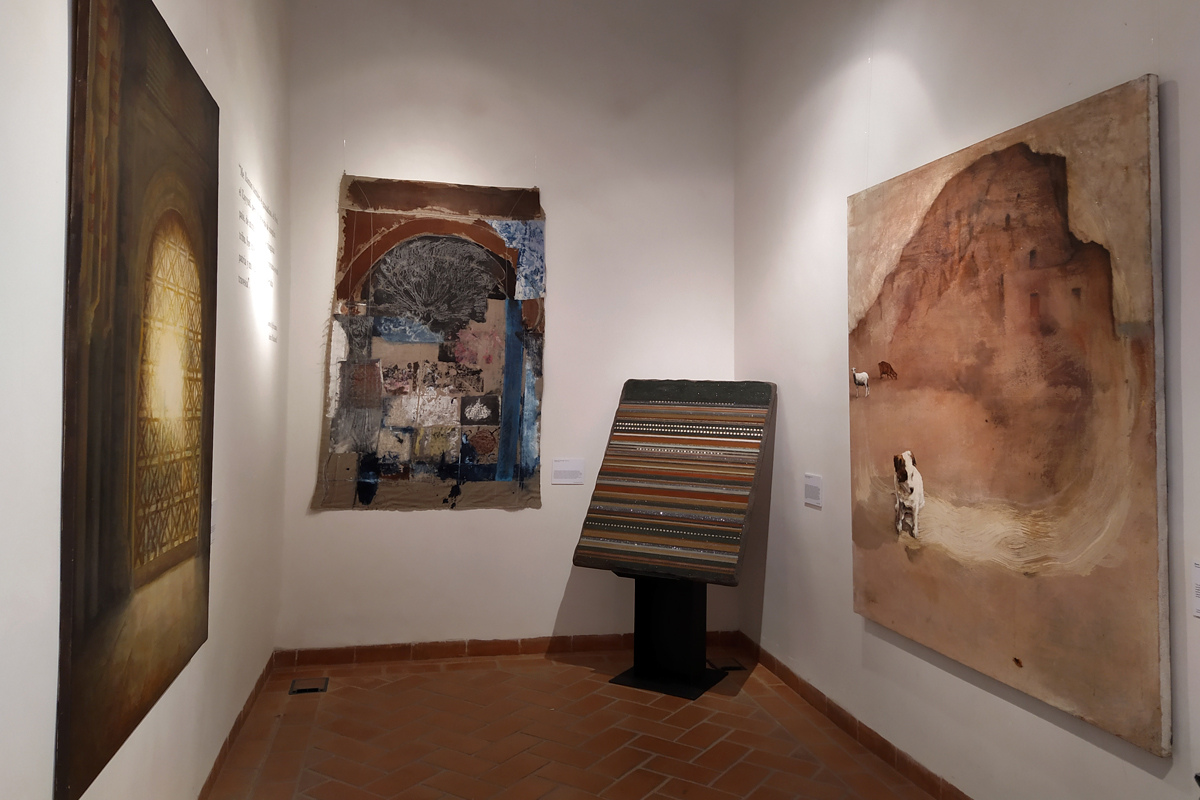 The exhibition El legado andalusi. A plastic proposal, located in the Moorish house of Zafra in the lower Albayzin district, reveals the artistic interpretation of the Routes of El legado andalusi, consisting of eleven works by eleven artists born in Andalusia, who render their own vision of the routes.

On these bases, the exhibition –entirely composed by compositions belonging to the Foundation’s own funds– suggests an amazing tour along the Routes of El legado andalusi, of which the artists have portrayed different interpretations, either depicting the landscapes, evoking the name of the routes, or illustrating their historical connotations, paying attention to their respective formal and technical languages. In this sense, the techniques used range from oil to collage, compositions on metal support, burlap, or the use of materials of different textures such as a polychrome cluster of stone and earth, as in the case of the technique called “petral” by the artist Xaverio, who uses sediments found in the lands of the Alpujarras region, the route represented in this work. Alejandro Gorafe on his part, uses a habitual material in his artistic production: die-cut recycled metal, to recreate the geometry of the lattice work or musharabiyyas of Arab houses. Martin-Vivaldi transfers the unmistakable colorism of her works to her representation of the castle of Salobreña, the emblem of al-Andalus Salambina. The geometry reflected on the surface of the ponds in the Arab gardens is seized by Rodríguez-Acosta and tinged by the warmth of his brush. The Romantic symbolism of Juan Vida narrates the vision that Leon el Africano could grasp as a child on his way to the coast of Almería through the lands of Guadix towards Africa.