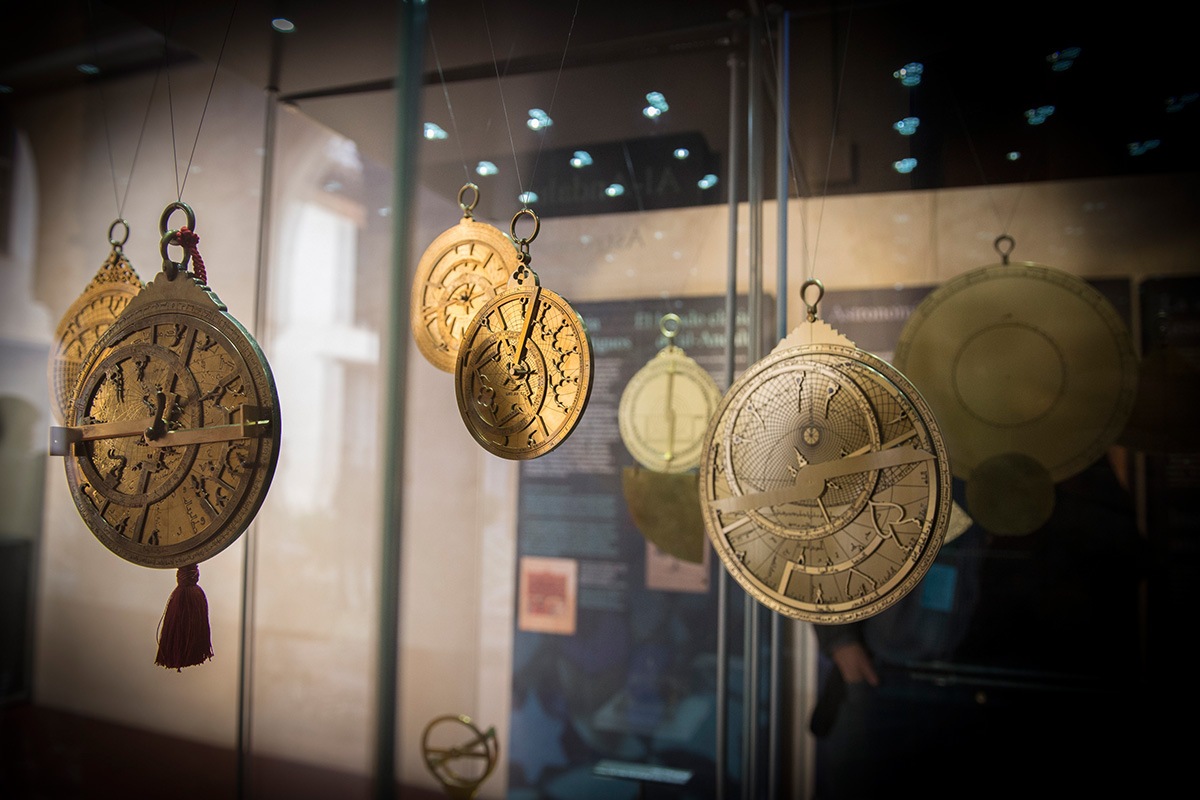 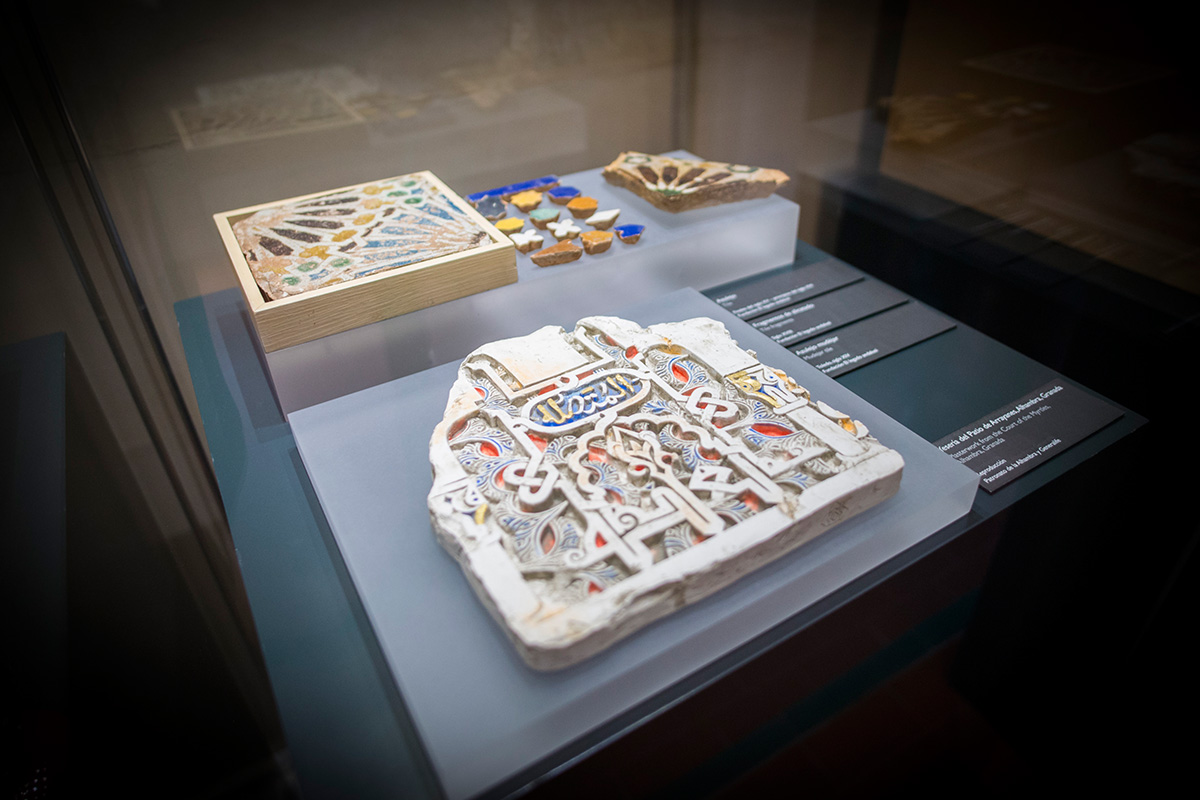 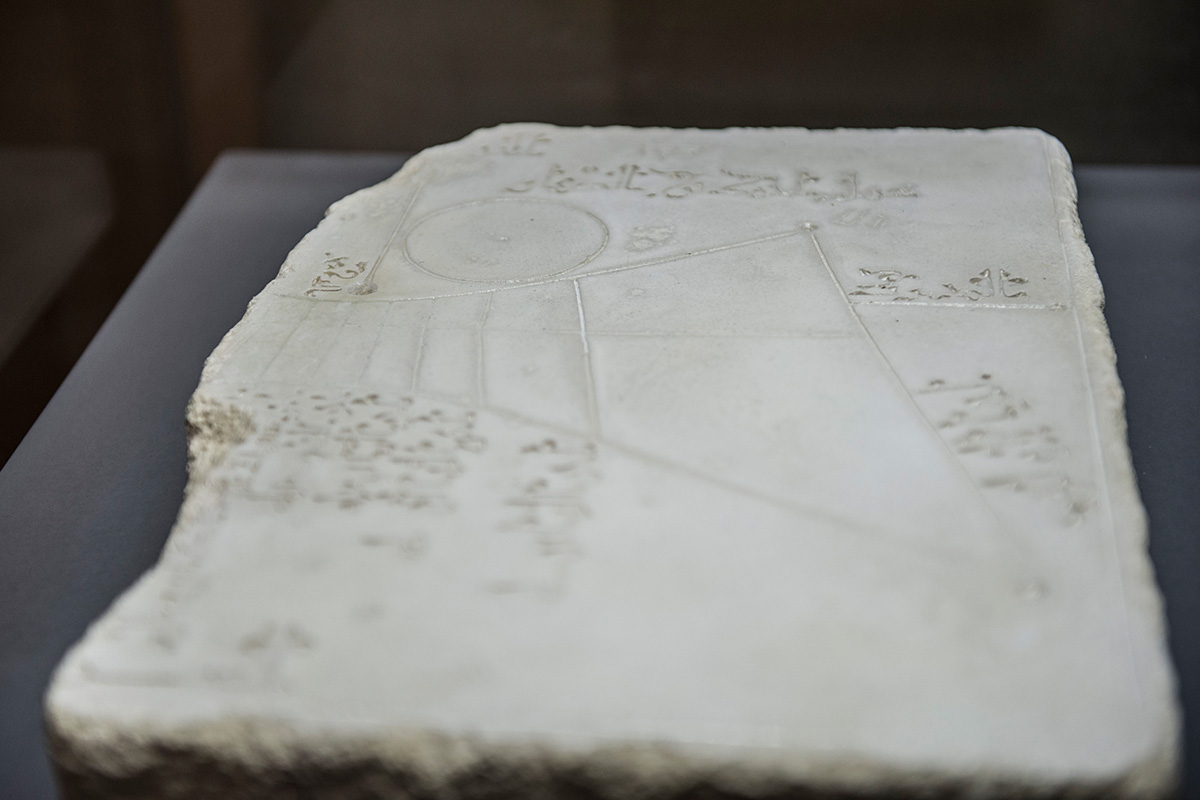 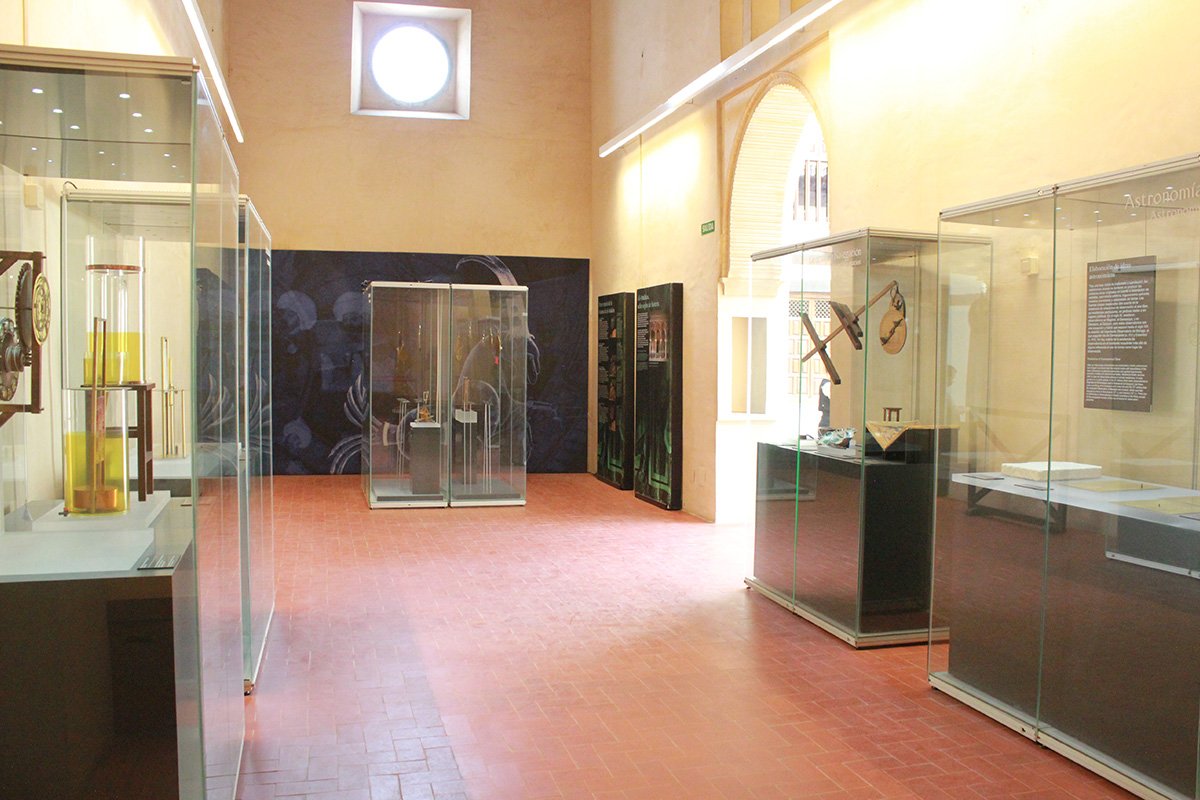 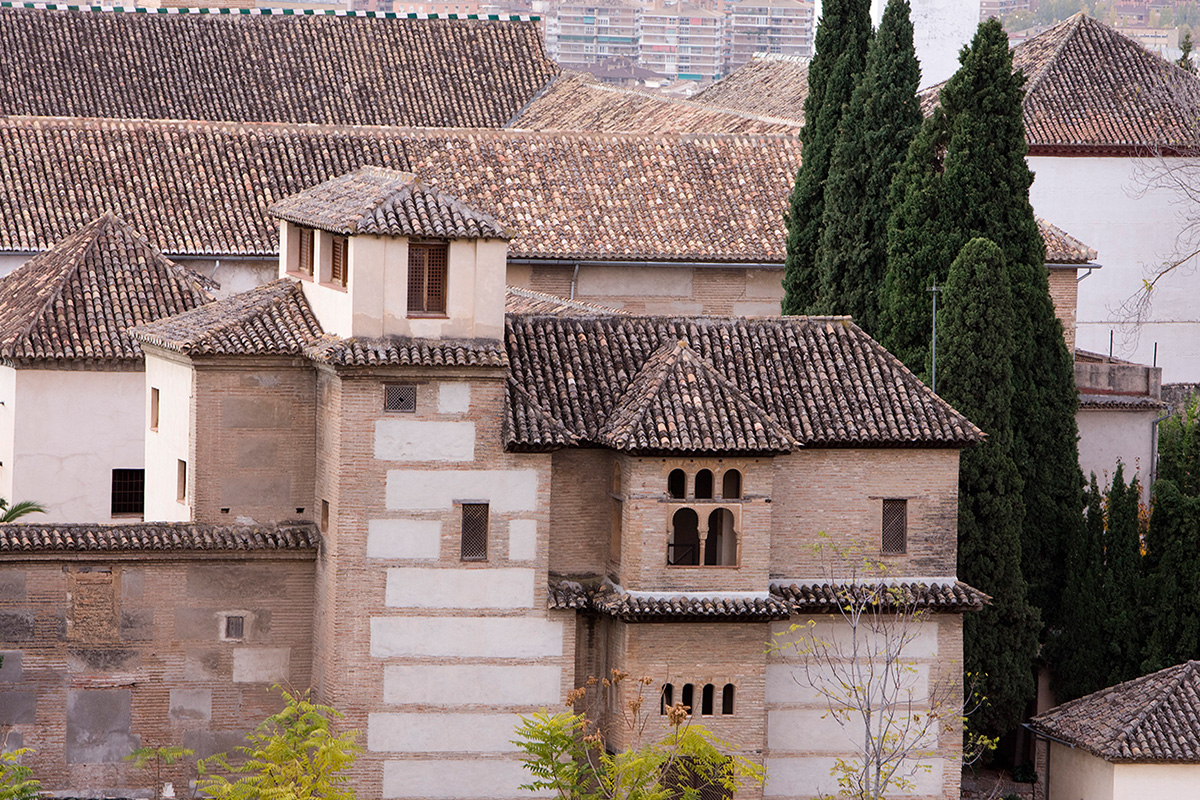 This exhibition arises from the collaboration between El legado andalusí Andalusian Public Foundation and the Council of the Alhambra and Generalife with the aim of bringing the Andalusian scientific legacy closer to the public.

The exhibition, that takes up a large part of the rooms of the Palace of Dar al-Horra, contains an important educational component and gathers more than 50 exhibits belonging to the Foundation’s own funds. It is structured in several areas focusing on astronomy, geography and navigation, mechanical engineering, architecture, medicine and renowned figures –such as al-Zahrawi and Azarquiel– agronomy and hydraulics and music. Among the exhibits, it is worth highlighting a collection of replicas of solar quadrants, astrolabes from different origins, ecuatorios, water and mercury clocks and a candle clock by Alphonso X the Wise.

Science in al-Andalus shows how the scientific knowledge arrived from the East to the Iberian Peninsula, and from there, how it spread to the rest of Europe. For that reason, al-Andalus lead the way of science and medieval thought, while classical knowledge was reintroduced in the West through translations from Arabic language. The exhibition is complemented with a visit to the palace’s orchard-garden and with educational workshops related to the contents on display.