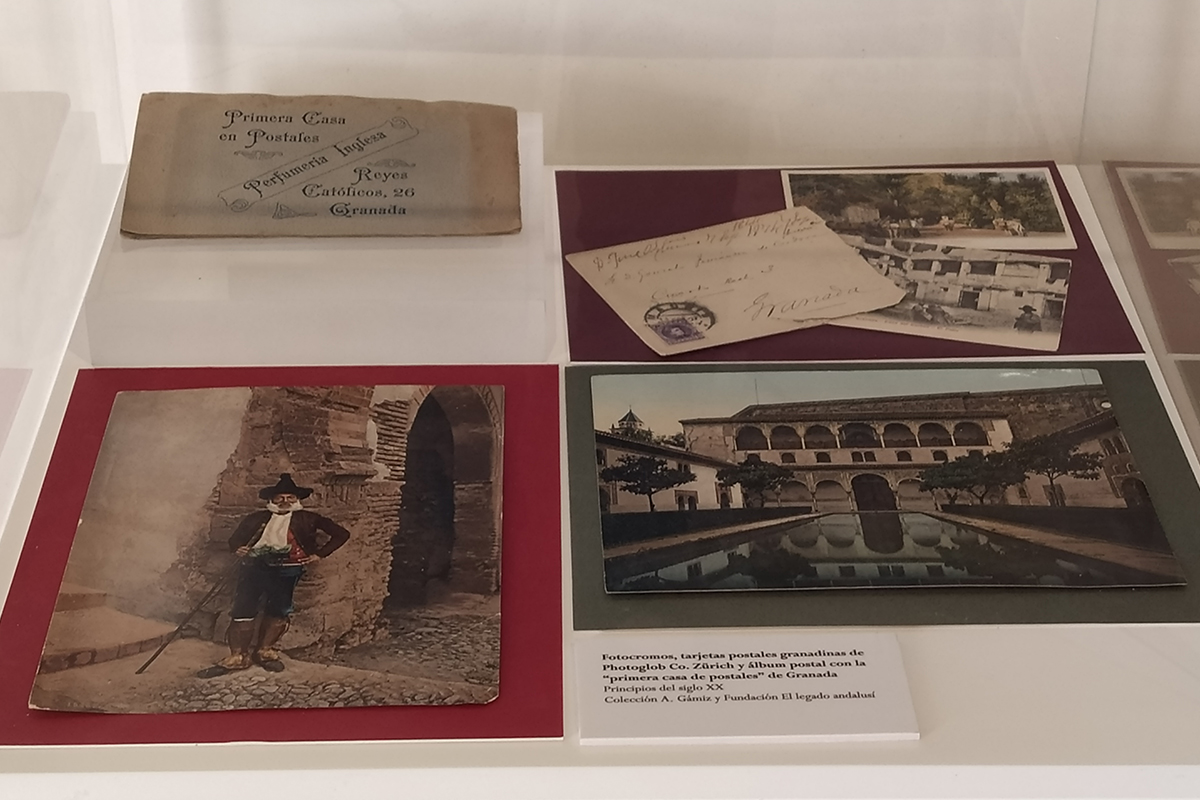 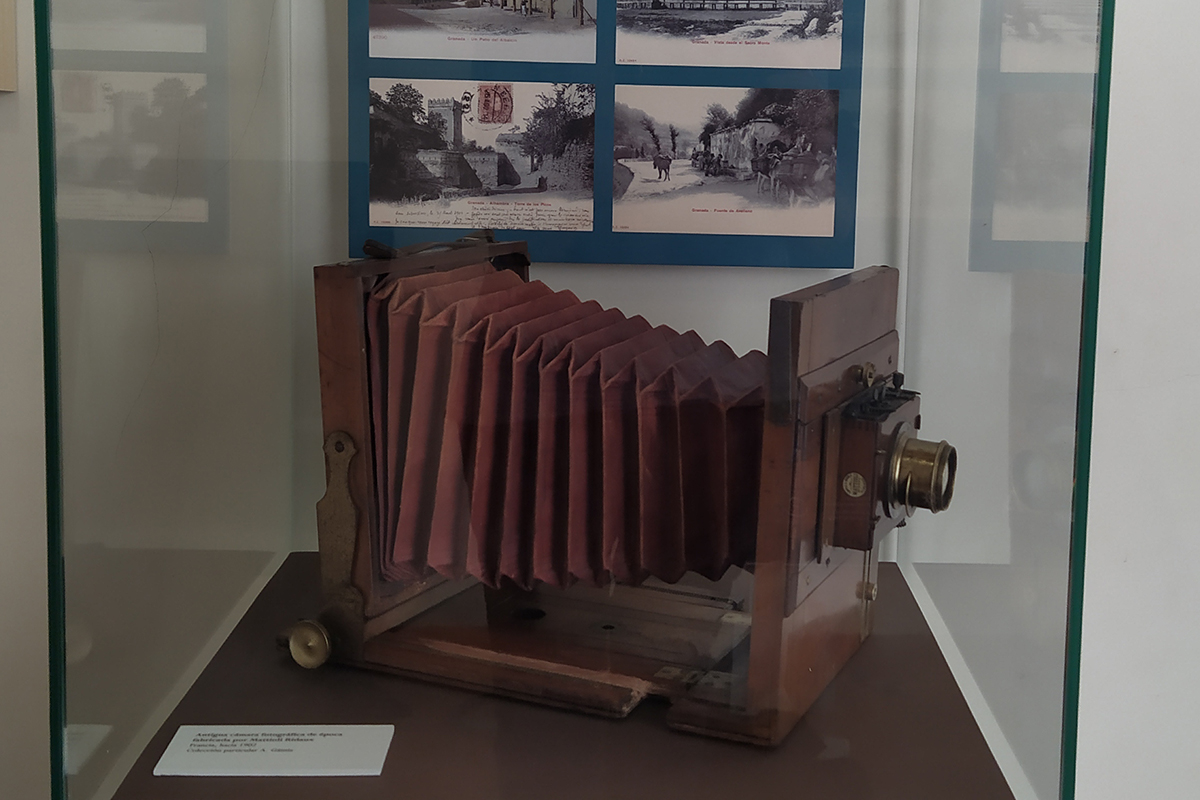 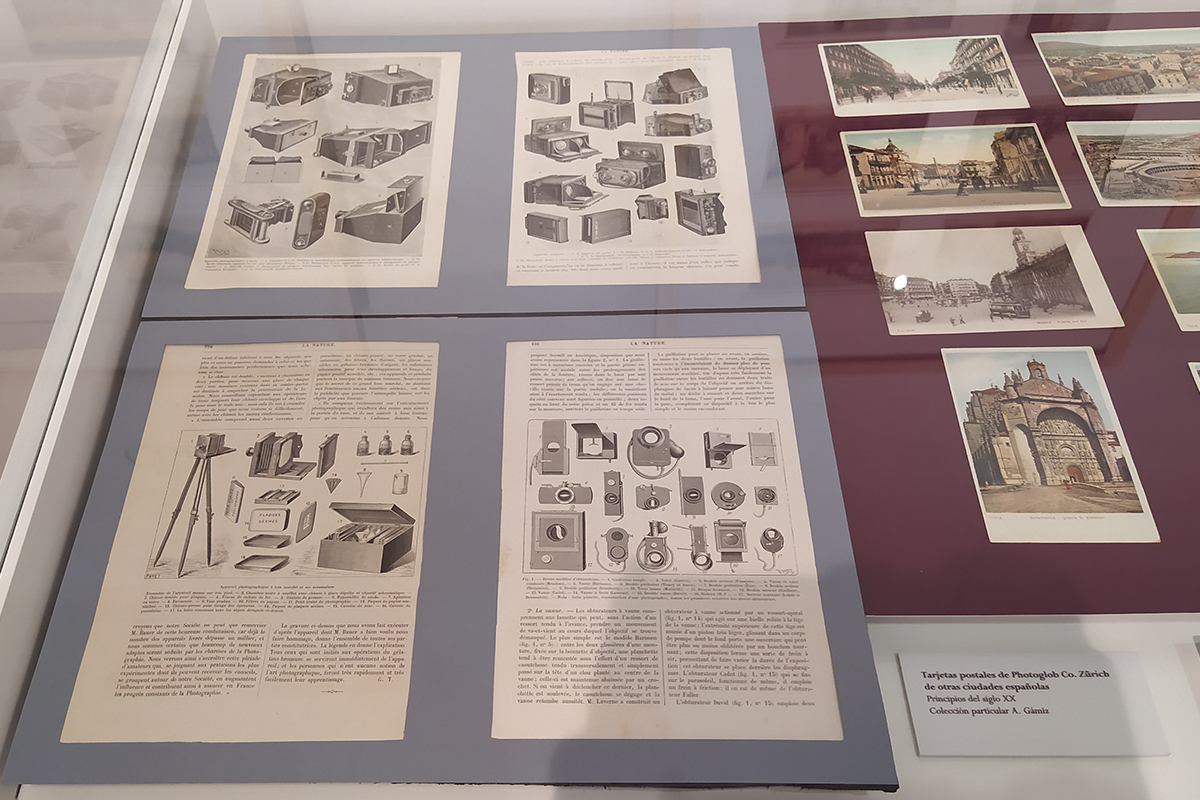 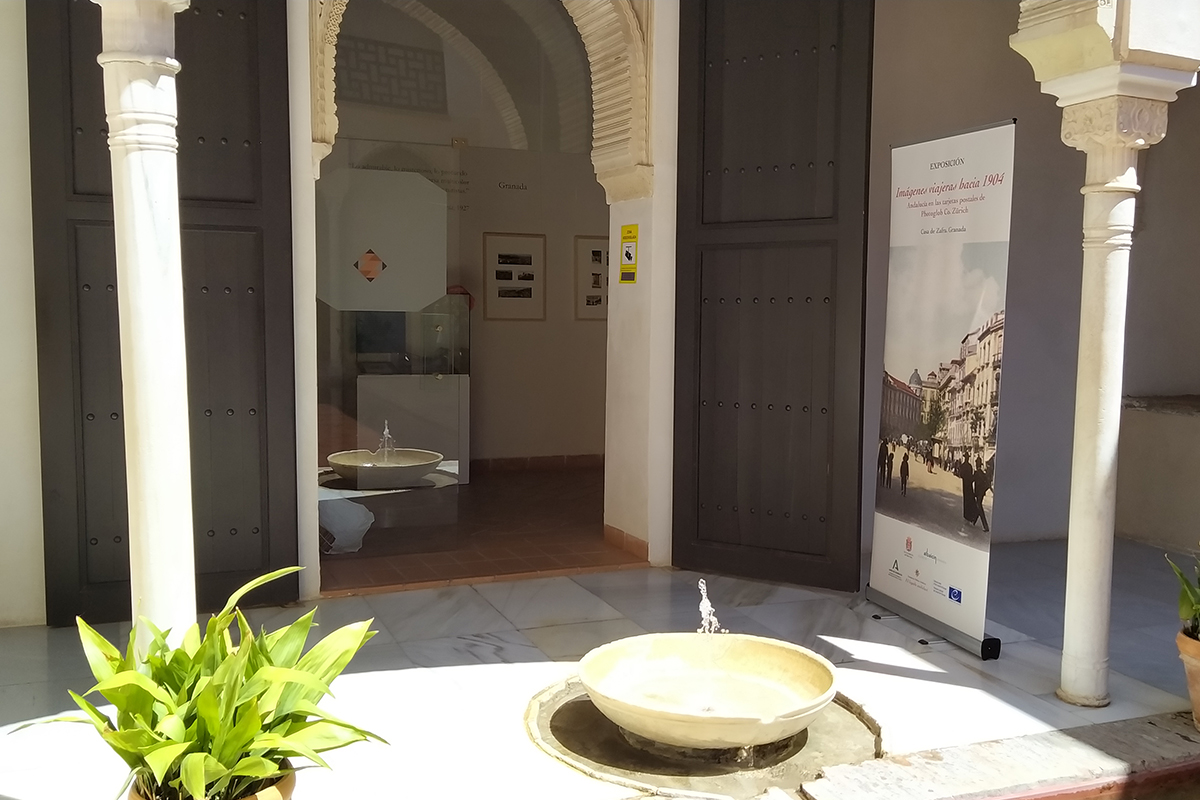 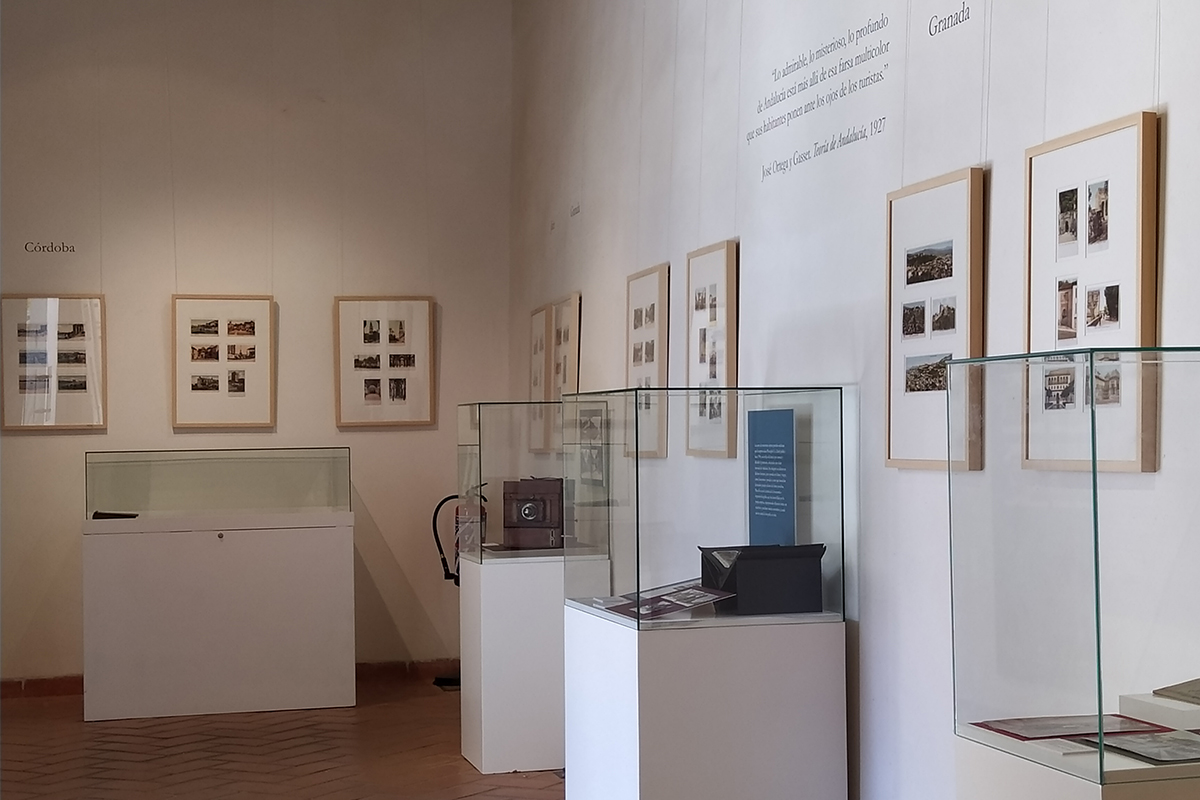 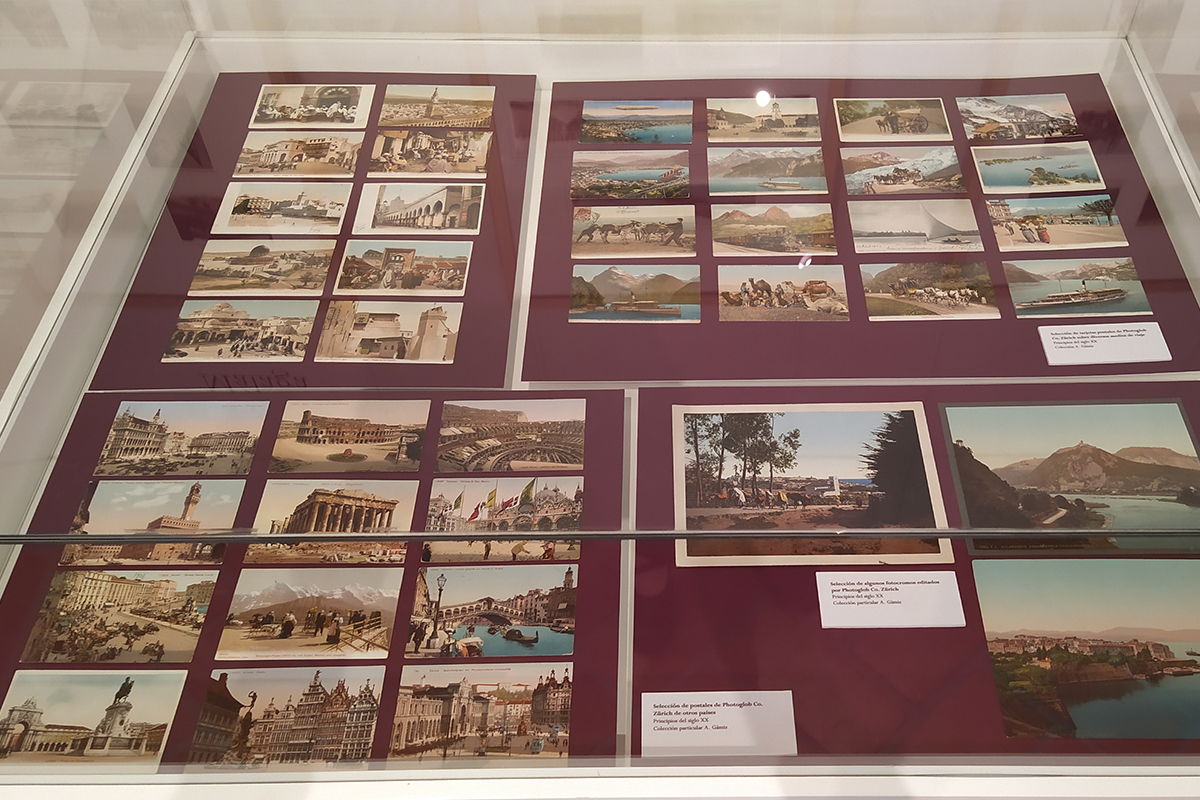 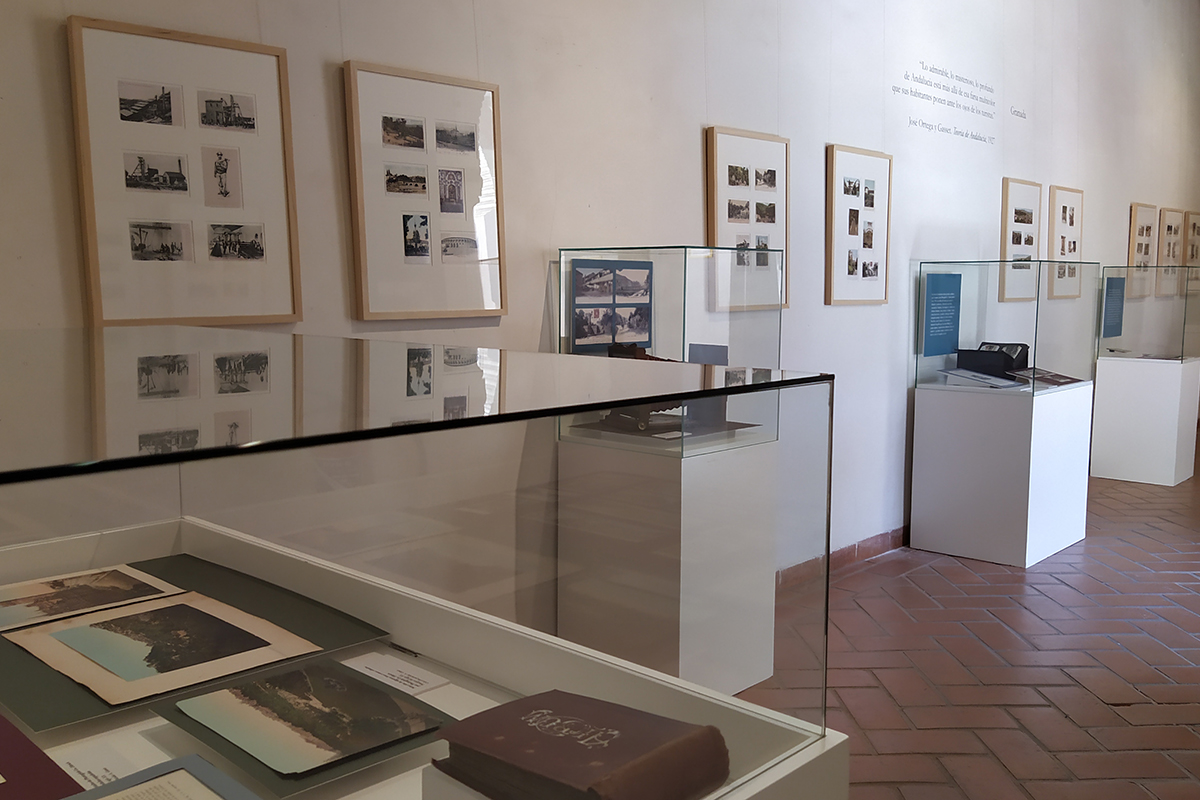 In the early 20th century postcards were a remarkable cultural phenomenon, forerunners of the images that today travel across the internet together with brief texts.

The exhibit collects a selection of around 300 postcards by Photoglob Co. Zürich. It includes dozens of postcards published in Andalusia around 1904, together with additional items such as photochromes ̶ ̶ the technique that was used, as colour photos did not exist ̶ ̶ , and other materials at the time, which allows us to approach to people and daily life in the early 20th century.

Andalusia had a great international projection at that time due to the incipient tourism and was no longer reserved to a select few but had become a heritage open to the world. Postcards, as an innovative means of communication, alongside travellers’ books and travel guides, invited visitors to travel to Andalusia while endowing it with a new cultural and artistic significance.

These travelling images reflected the interest in learning about the urban and historic patrimony from a wide range of points of view in a flourishing tourism market, rediscovering its landscapes, urban silhouettes, monuments, customs, and other curiosities. Views from Granada and the whole Andalusia were the most attractive and widespread, considering what this company published.

Thanks to their wide dissemination, they became true symbols of identity. Now they are of a great value as windows open to memory, producing some degree of curiosity or nostalgia and documenting very diverse spaces. Thus, for us these are unique graphic records which show what we were, and they are vital to our knowledge of the evolution of Andalusia. Some of the places photographed by Photoglob Co. Zürich remain as they were, while others have been transformed with greater or lesser success, as our cities have been transformed more in recent decades than over the previous centuries.

It is a production coordinated by the Public Foundation El legado andalusí, in collaboration with the Agencia Albaicín, and is curated by Architect Antonio Gámiz Gordo (Seville University).

The exhibition has a 240 pages catalogue publish in Spanish and English, which includes more than 350 pages from the whole collection of the views published in the early 20th century by Photoglob Co. Zürich.

Related publication
Paradises of the Old South. Historical images of gardens of Andalusia and the Maghreb
Lands of Olive Groves