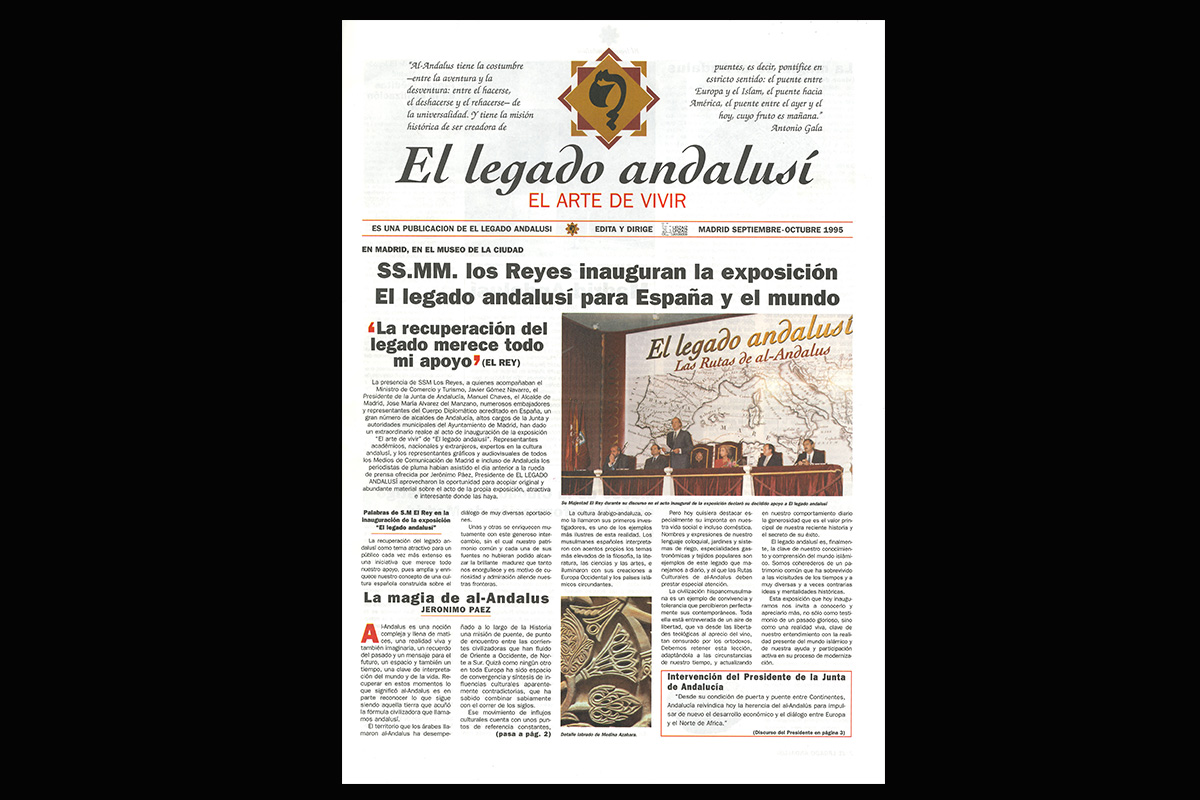 Their Majesties the Kings of Spain, Don Juan Carlos and Doña Sofía inaugurated this exhibition in Madrid, entitled El legado andalusí, the art of living.

“The recovery of the legacy of al-Andalus as an attractive subject for an ever-widening public, is an initiative that deserves all our support”. With these words, His Majesty the King opened the exhibition, along with Minister of Commerce and Tourism, Mr. Javier Gómez Navarro, the President of the Andalusian Government, Mr. Manuel Chaves, the Mayor of Madrid, Mr. José María Álvarez del Manzano, numerous ambassadors and representatives of the Diplomatic Corps accredited in Spain , a large number of mayors of Andalusia, senior officials of the Regional Government of Andalusia, municipal authorities of Madrid City Council, along with businessmen, intellectuals and painters.

The aim of this exhibition was to provide an overview of the civilization of al-Andalus, a sample of the implementation of the project in the exhibitions carried out so far, and a presentation of the Routes of El legado andalusí

The exhibition was structured in four themed areas: The Civilization of al-Andalus, The Project, The Exhibitions and The Routes.

Among the most outstanding pieces on display were: a sword belonging to Cardinal Infante Don Fernando, an Almohad treasure of Palma de Majorca, manuscripts found in the Sacromonte Abbey, a nautical astrolabe, a Nasrid slab, the notarial document of al-Bunti, two capitals (from the Museums of la Alhambra and Archeological of Jaen), two well-parapets dating from the 12th and 15th centuries and a Nasrid crossbow.