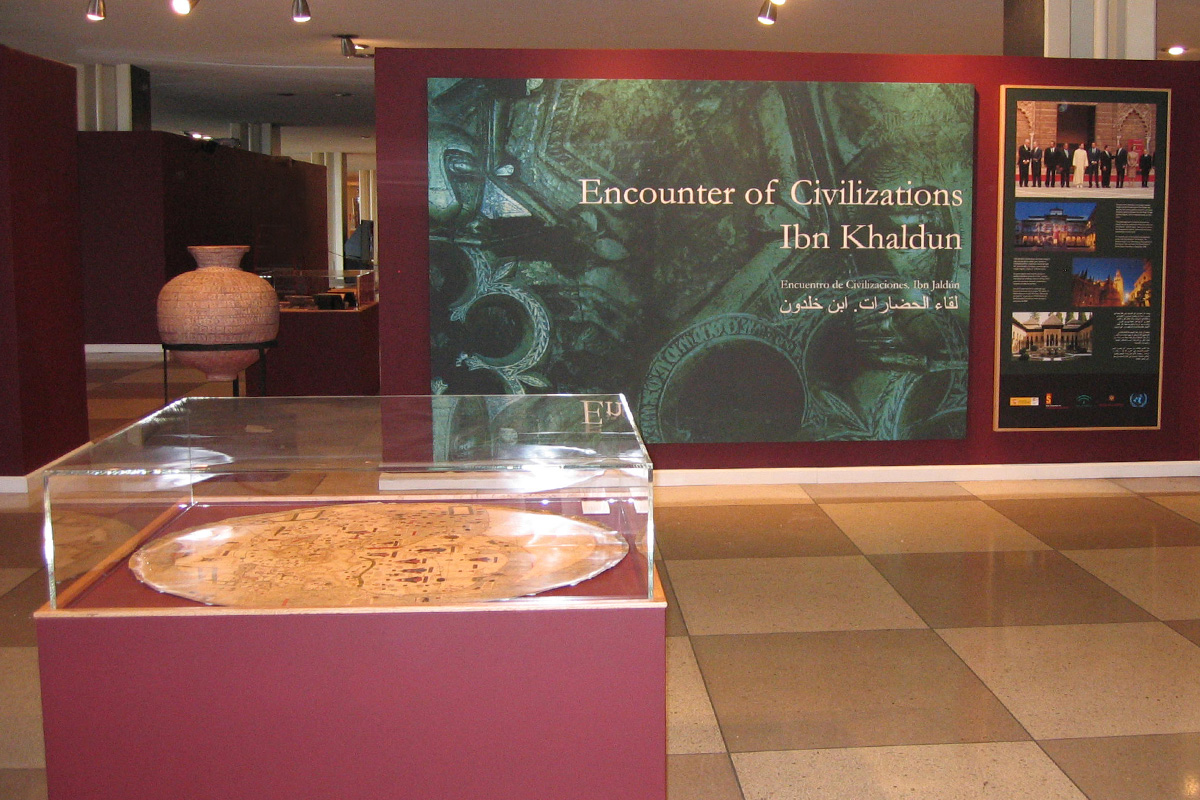 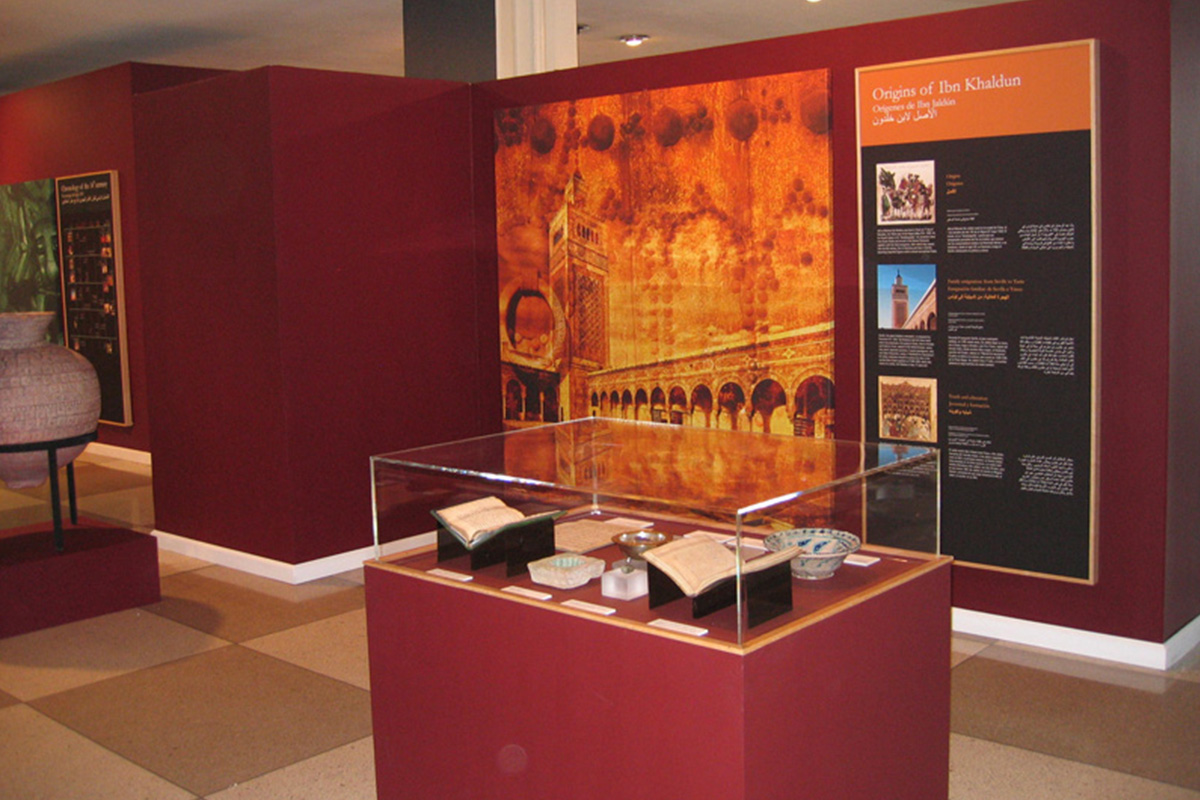 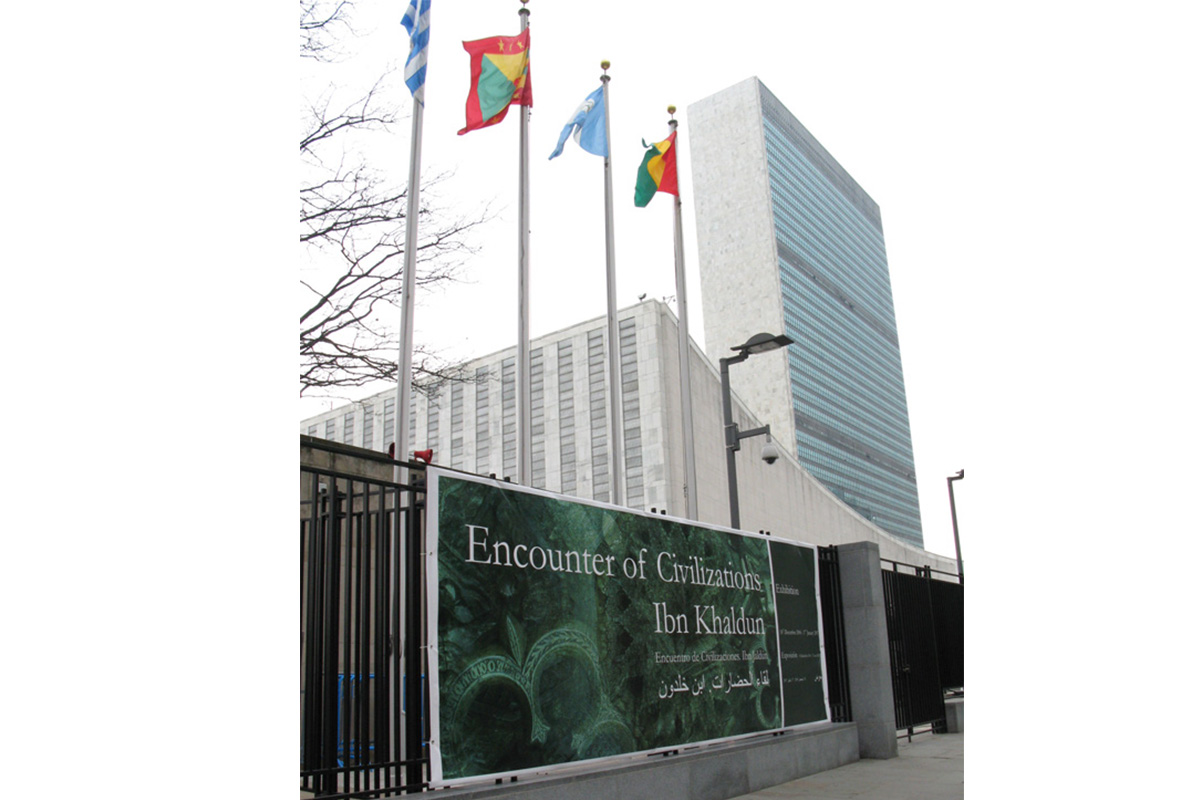 The exhibition Encounter of Civilizations: Ibn Khaldun that opened its doors on December 18th, 2006 at the United Nations headquarters in New York meant an analysis of the political, economic and social relations between East and West and between Europe and the Arab-Maghreb world in the 14th century. In this ample geographical framework related by the Mediterranean, the European and Muslim states were always present through their cultures and conflicts, commercial exchanges and their economic organization, and also through the artistic legacy that distinguished this period.

On the other hand, the contributions of al-Andalus in different areas, its political, commercial, intellectual and philosophical evolution were also brought closer to the visitor. Likewise, the historical role of the Iberian Peninsula during the 14th century was also shown.

This exhibition was framed in Kofi Annan, Secretary-general of the UN’s presentation of the action plan in foreign policy promoted by the Spanish Government before the UN General Assembly in September 2004 and was cosponsored by Turkey and assumed by the United Nations.

Exhibition Catalogue
Ibn Khaldun. Between al-Andalus and Algeria
Ibn Khaldun. The Mediterranean in the 14th century