Ibn Khaldun. The Mediterranean in the 14th century: Rise and Fall of the Empires.

With the participation of 16 countries. 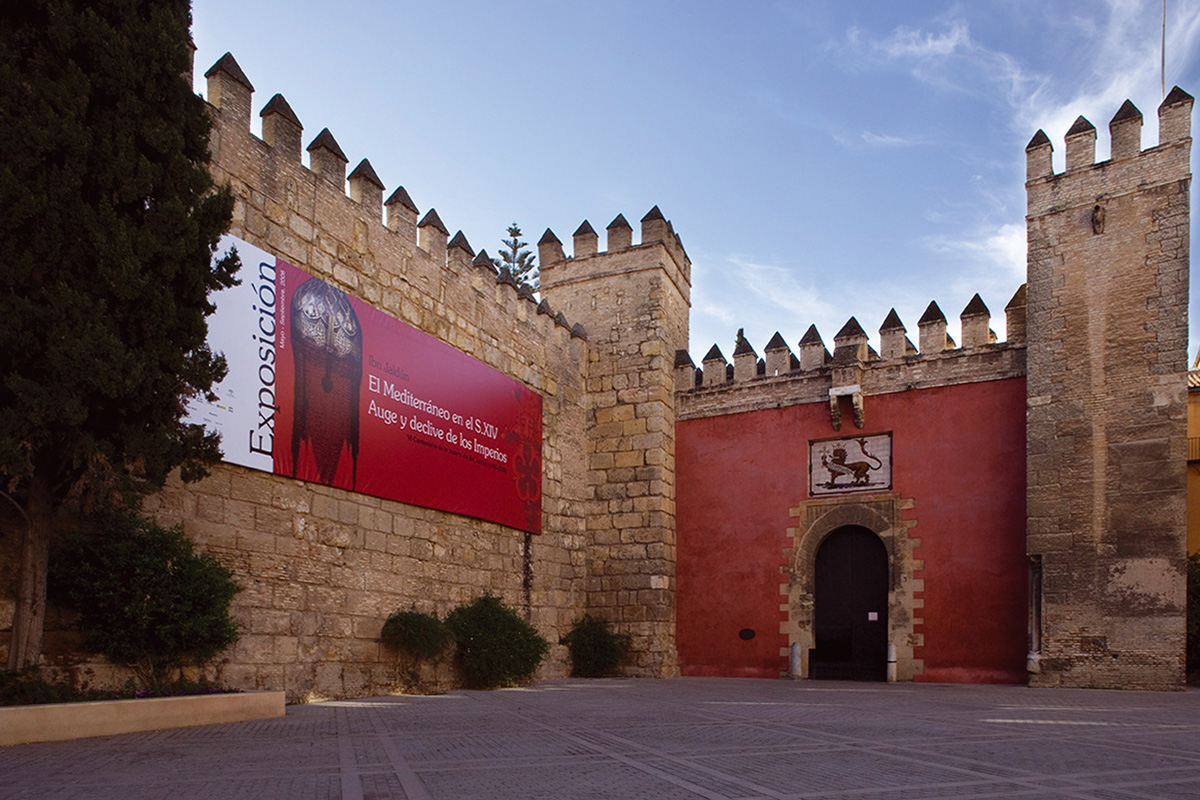 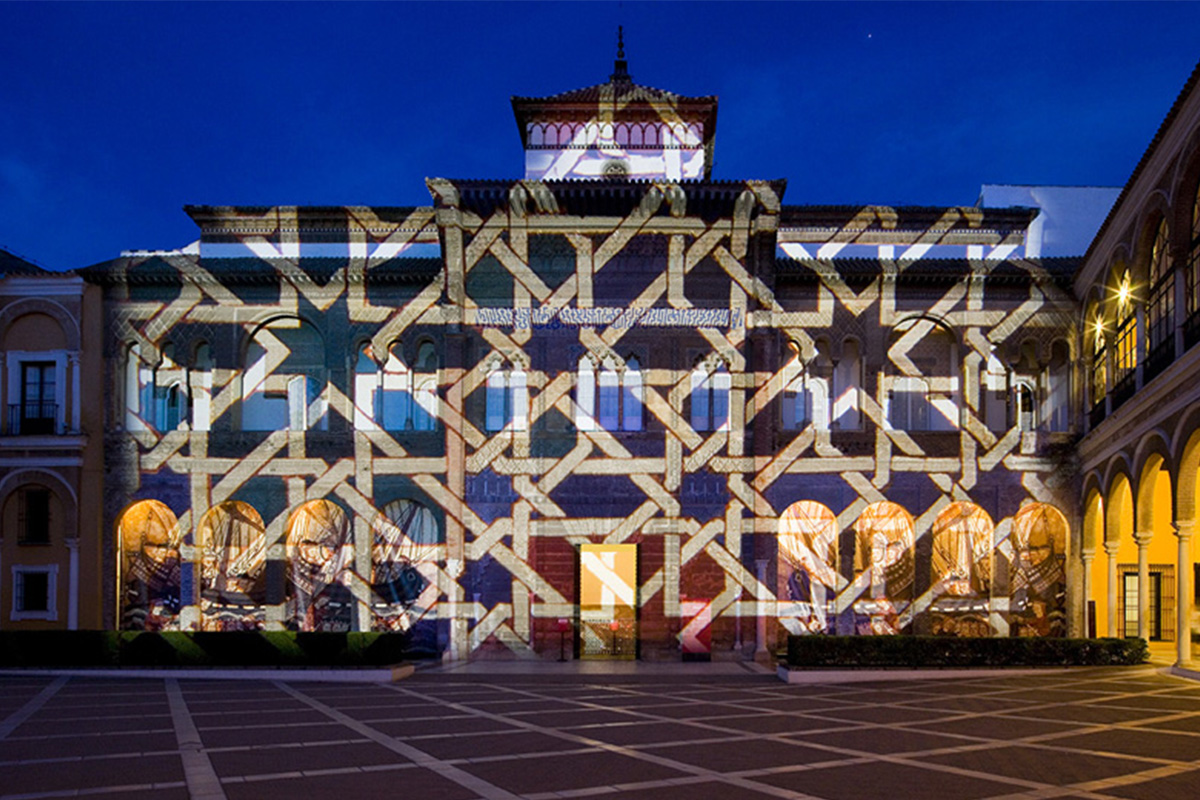 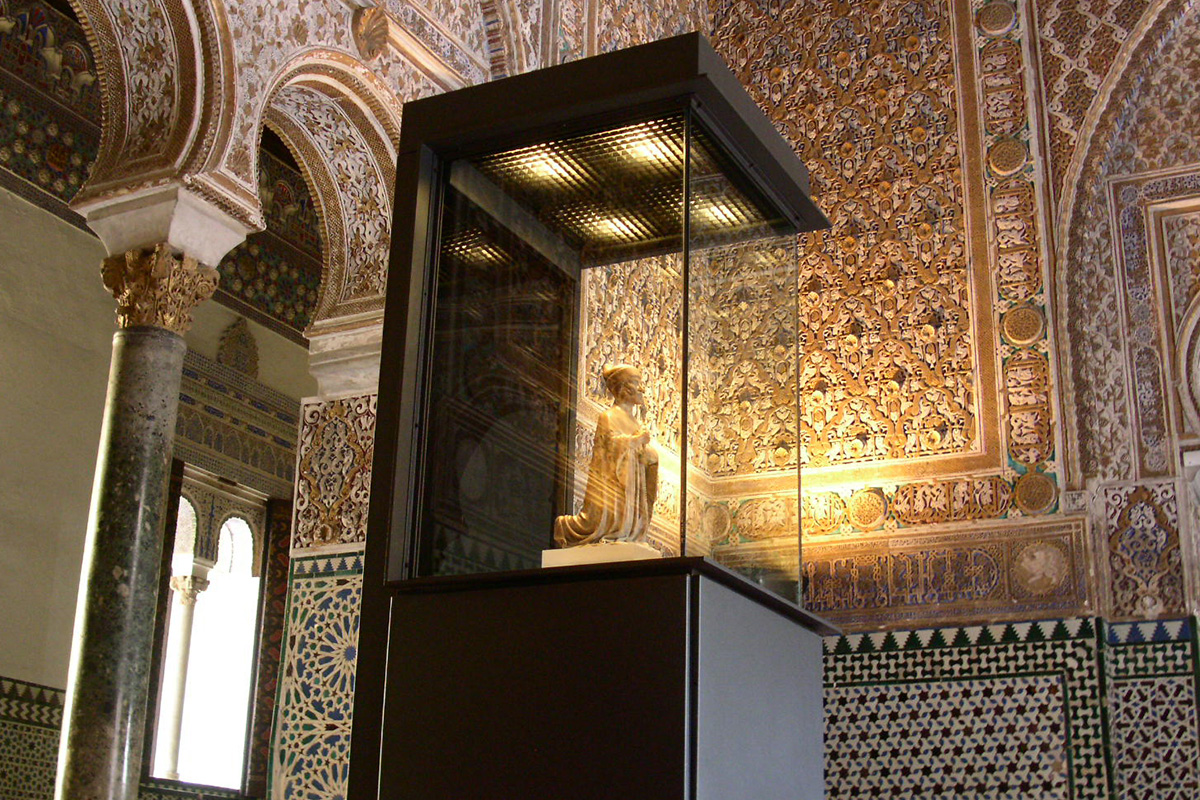 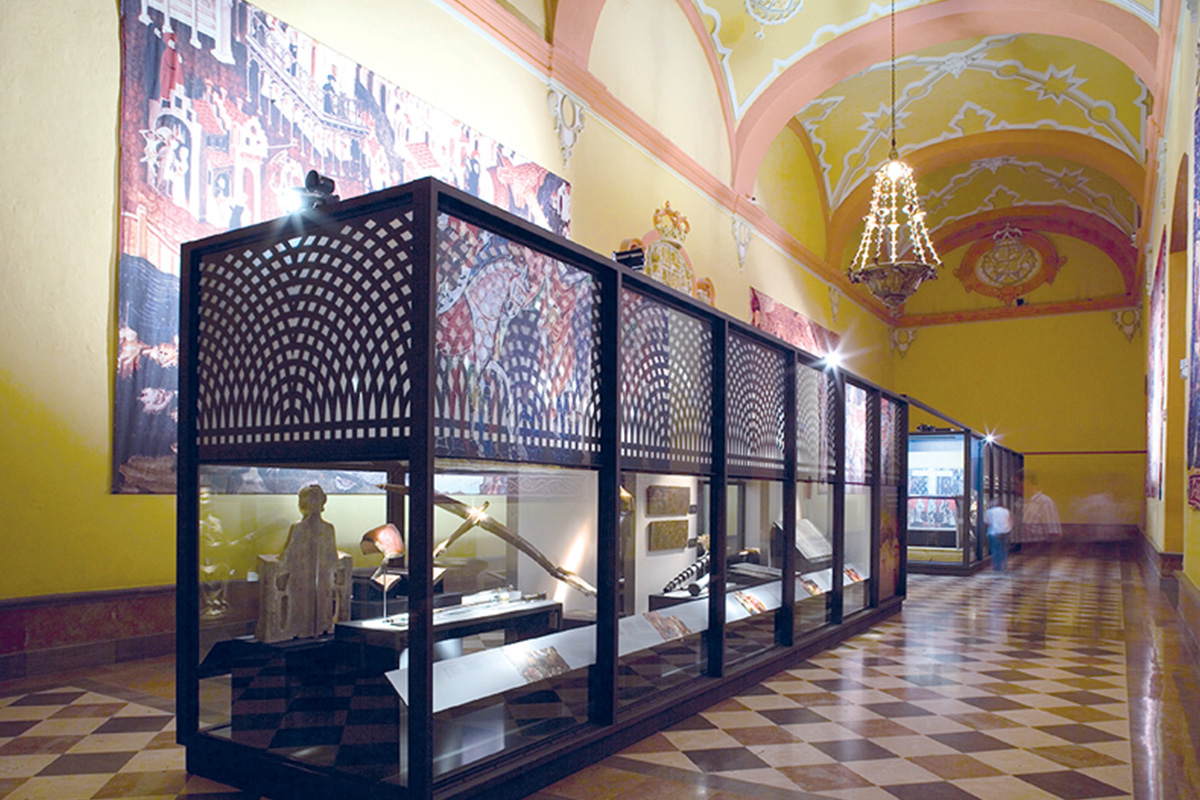 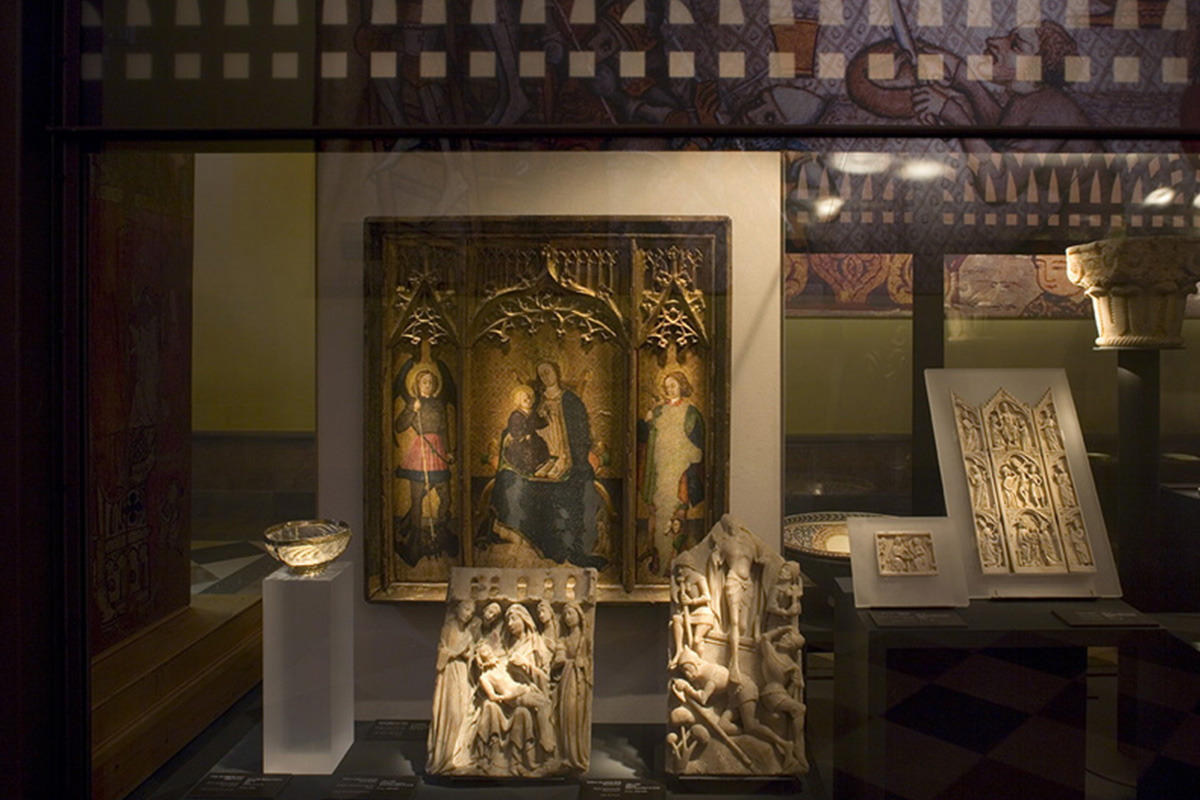 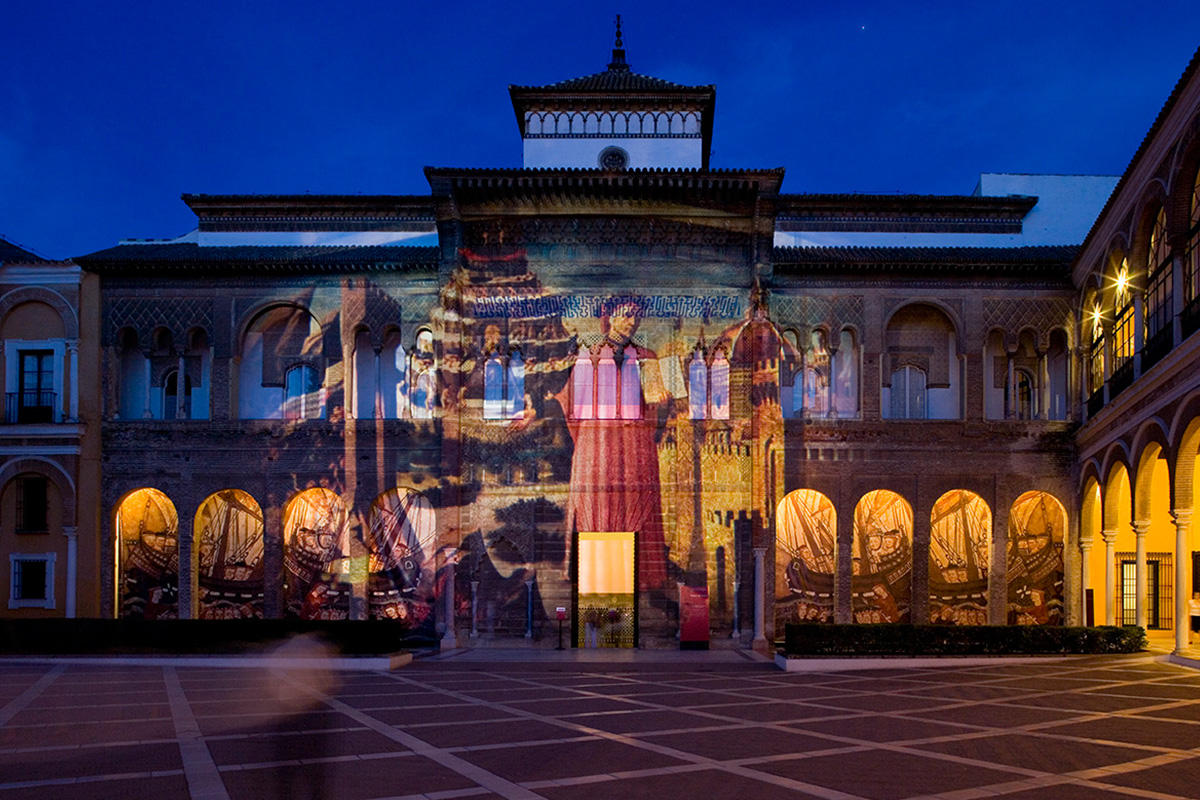 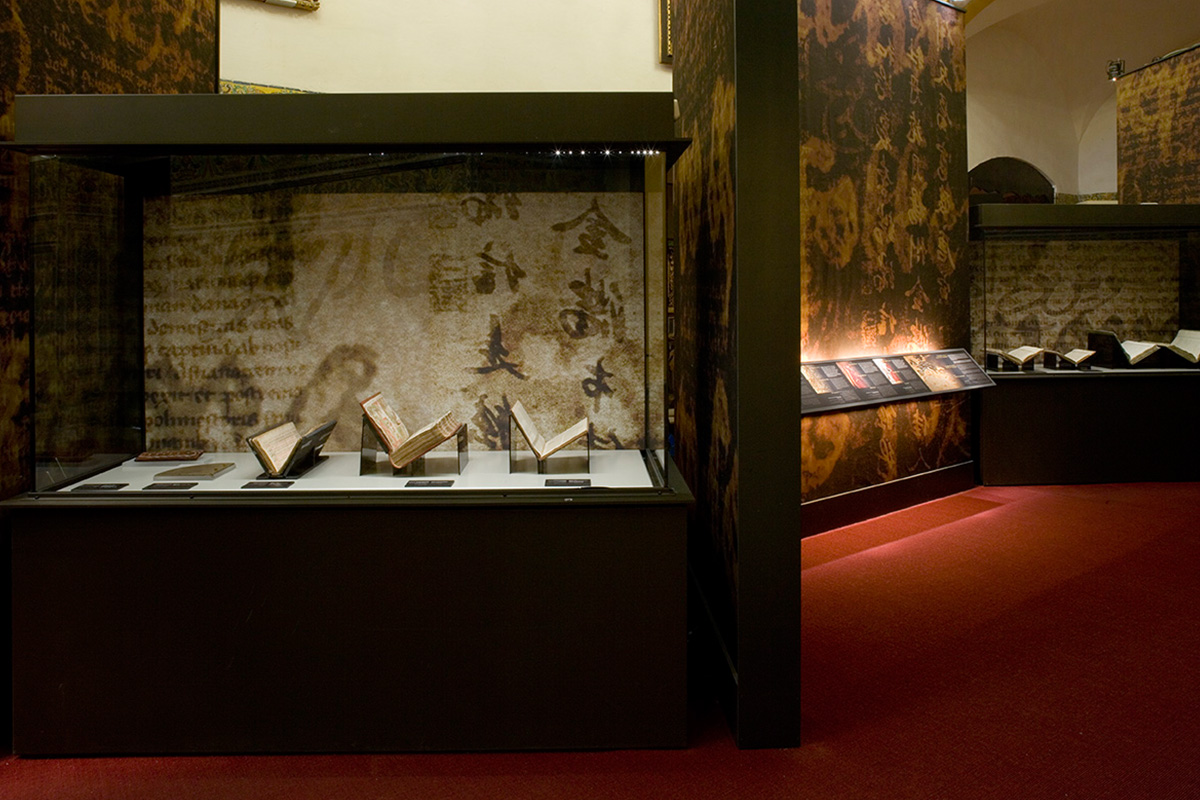 The exhibition Ibn Khaldun, the Mediterranean in the 14th century: Rise and fall of the empires was conceived as an overview of the political, economic and social relations between the East and the West, and between Europe and the Arab-Maghreb world in the 14th century. In this ample geographical framework related by the Mediterranean, the European and Muslim states were always present through their cultures and conflicts, commercial exchanges and their economic organization, and also through the artistic legacy that distinguished this period. The exhibition had to cover the two worlds, as they cannot be understood one without the other, and because beyond the conflicts, it is undeniable that fruitful cultural, commercial and human exchanges occurred.

On the other hand, the contributions of al-Andalus in the different fields, its political, commercial, intellectual and philosophical evolution and the luxury of the court of Seville were also disclosed to the visitor. Likewise, it also aimed to make known the historical role of Seville and Spain in the 14th century. In this sense, Seville has been, from its origins, an important river port between the Atlantic and inner Andalusia and a crossroads between this region and the rest of the Peninsula.

With the celebration of this exhibition and the cultural activities around it, it was intended to contribute to the international projection of Seville, Andalusia and Spain as emblematic meeting points of past, present and future, to the strengthening of relations between the North and the South and between the East and the West, motivating an approach between different cultures, and also attracting a significant number of visits from national and international origins, not only to the exhibition but also to the city of Seville and to Andalusia in general.
The magnificent Mudejar palace of the Royal Alcázar of Seville, witness to the interview held between Ibn Khaldun and Peter I The Cruel, was the venue for this exhibition, which showcased more than 200 international and national pieces. It is a very well-preserved monumental complex, and retains the honour of being the oldest royal venues still in use among all European monarchies. The Real Alcázar is today the most notable civil building in the city of Seville and was the first exhibition object in this event.

The exhibition dealt with the events that shook the 14th century, such as the struggles that lead to the formation and consolidation of the kingdoms in the Iberian Peninsula, the Hundred Years War that devastated Europe, the Black Death (1348–50), “the most deadly disaster of history ”, according to the historians and did not spare nor country or border. The 14th century is also embedded in a historical context in which palatial intrigues, continuous struggles and successive changes of government both in the Muslim-Maghreb world and in al-Andalus.

The 14th century was analyzed in the exhibition through the storyline of Ibn Khaldun –the best-known and most recognized Muslim thinker in the world– with occasion of the 6th centenary of his death, that was commemorated in 2006. Ibn Khaldun, who had Andalusi origins, visited and stayed in Andalusia, as he lived in the Nasrid court of Muhammad V. He was later ambassador of this court to Peter I the Cruel in Seville, holding a meeting with this monarch in the Alcázar. He was a historian of social matters and the famous author of the Muqqadima, but he did not close himself in a history of events like many of his predecessors did. He was a historian concerned about the logic of empires, about their expansion and decline, so his contribution to the theories on the formation of states is substantial. He belonged to a decisive period in the history of nations in which the West is going to take over, mainly due to innovations in economy and social organization. Ibn Khaldun is considered to be the founder of modern history.

The museum project revolved around the visit of Ibn Khaldun to Seville and Granada between 1363 and 1365. During those days he must have visited the so-called Patio de Crucero (built by Alphonso X and much transformed nowadays), the Hall of Justice (built by Alphonso XI ) and, above all, the Palace of the King Don Pedro, built between 1364 and 1366. The Palace of the King Don Pedro, a key element in this exhibition, was established –given its optimal preservation conditions– as the appropriate space to display the architecture, decoration and luxury typical of the Mudejar court that Ibn Khaldun got to know.

The exhibition was inaugurated by Their Majesties the Kings of Spain, the President of the Spanish Government, the Heads of State of Egypt and Algeria, the Minister of Culture of Tunisia, the President of the Regional Government of Andalusia, as well as a wide and significant diplomatic representation of the Arab world: Morocco, Saudi Arabia, Syria, etc.

Catalogue of Studies
Catálogo de piezas
Ibn Khaldun. The Mediterranean in the 14th century
Morocco and Spain. A common history