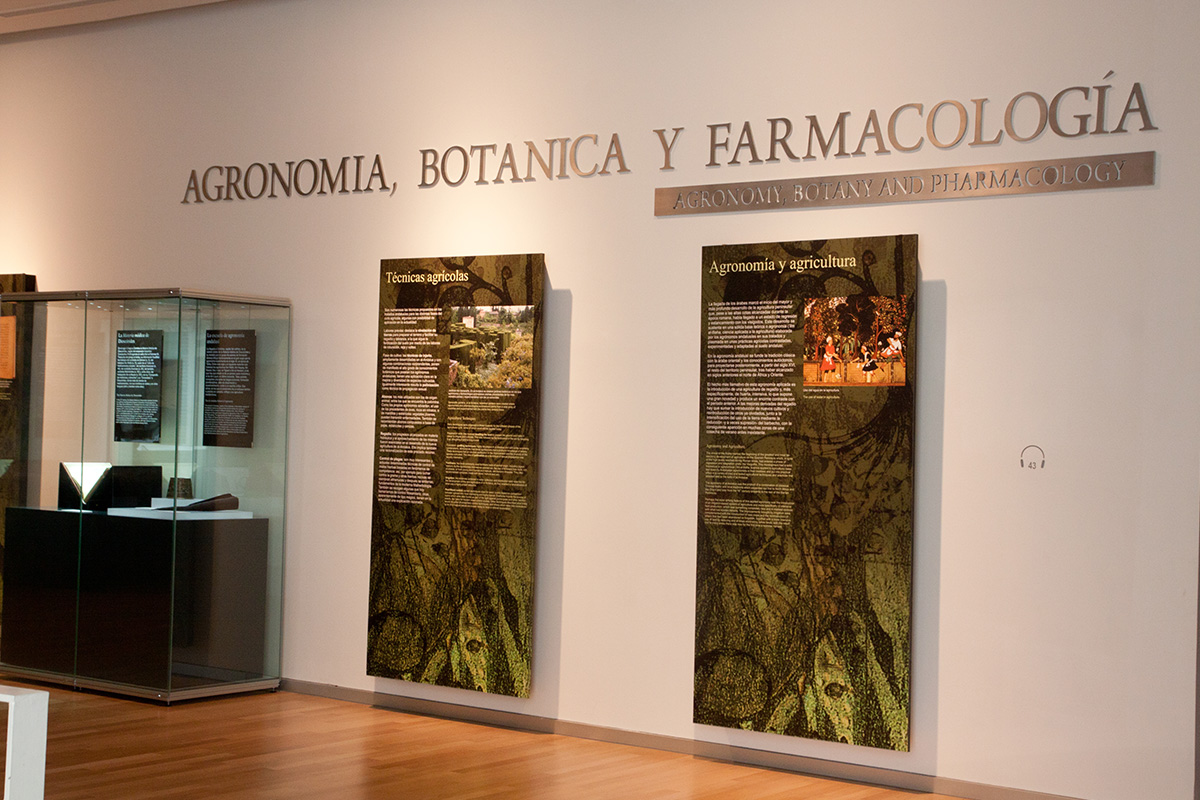 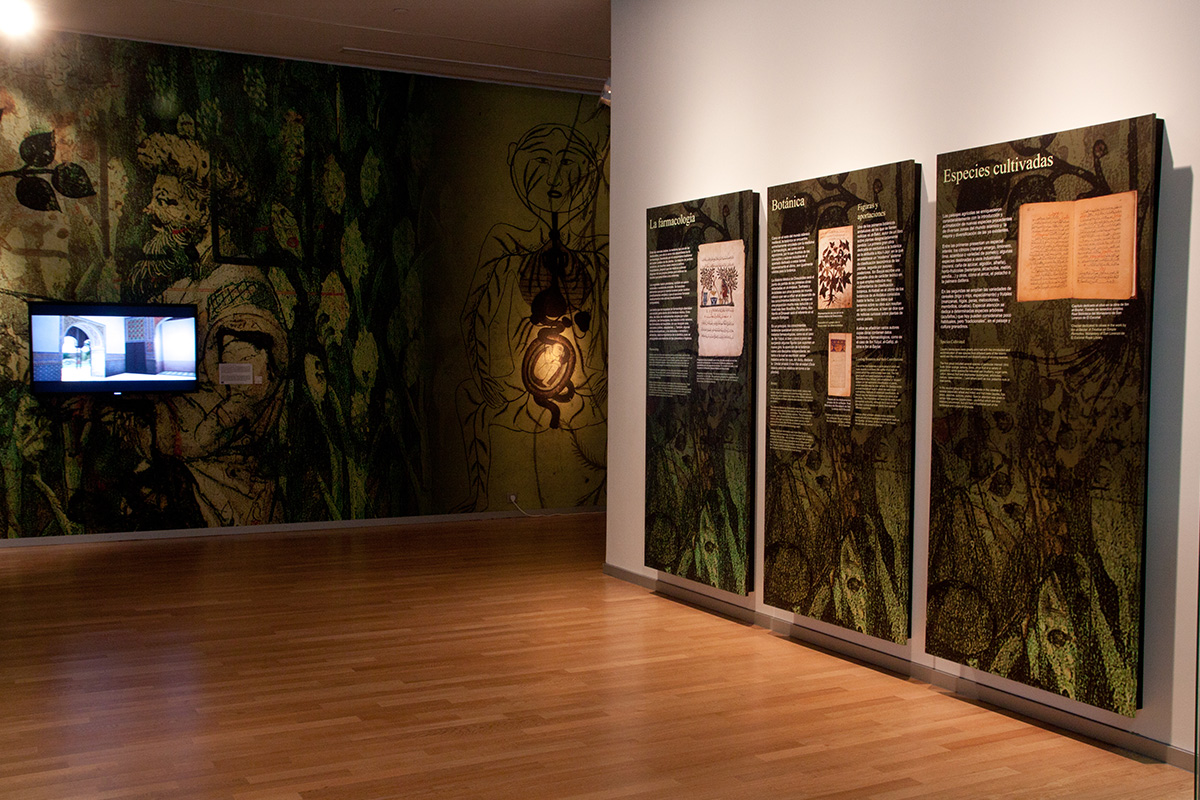 The Pavilion of al-Andalus and Science offered the visitor a wide vision of the Arab-Muslim scientific legacy and introduced the different contributions of this civilization to the world of science and its subsequent evolution. The preservation, promotion and dissemination of the cultural heritage were some of the main objectives of the project.

During the years it was in operation, the Pavilion made accessible to the public a broad range of resources aimed at promoting cultural exchanges, the knowledge of al-Andalus and the communication between Spain and the Arab world, thus encouraging exchanges and international cooperation.

The contents were distributed over two floors where, in addition to the museum contents themselves, the visitor might find spaces for apprenticeship, a restoration laboratory or the Ibn al-Khatib conference hall.

Upon entering the Pavilion, a reception area offered information to the visitors and a large audiovisual display got them deep into the Routes of Knowledge and Cities of Science during the 8th-16th centuries. The visit continued through an area focused in al-Andalus, a term that designates the territory of the Iberian Peninsula ruled by the different Muslim states between 711 and 1492. This land, during its eight centuries of existence developed an admirable culture, where sciences, arts, architecture and literature flourished notably. An interactive map brought us closer to some of the main Andalusi settlements in the Iberian Peninsula. These vestiges of al-Andalus still survive in many places in a more or less visible way: mosques turned into churches, minarets into bell towers, fortifications, baths or archaeological sites. The visitor proceeded with the tour to the first floor to see the audiovisual introduction on Arab Sciences, that gathered the ancient legacy, essentially from Greece, India, Persia and Mesopotamia before being assimilated, together with a new scientific tradition that was formulated in Arabic and that began to develop by the end of the 8th century.

After the introduction, the visitor entered the field of the astronomy in al-Andalus. The results obtained in this discipline from both a theoretical and a practical point of view were unprecedented, and influenced the evolution of this science until the times of Kepler. Following up, we also found the sections on Mathematics, Geography, Navigation and Cartography.

Later, the visitor went through spaces dedicated to mechanics applied to civil and military needs, and could know first-hand the advances in optics or chemistry. A section versed on hydraulics showed us the development of an important hydraulic technology that synthesized traditions and classical engineering with the new influences of Islam. After learning about such complex engineering, we moved to the agronomy, pharmacology and botany sectors. The visit continued through the space devoted to medicine, zoology and veterinary.

Architecture and construction techniques were introduced to the visitor through exhibits, scale models, information panels and audiovisual devices with the virtual recreations of the Great Almohad Mosque of Seville or Salón Rico in Madinat al-Zahra. This area was completed with a space dedicated to other techniques and arts such as mining, glass, paper, metals, ceramics, textile or music and poetry.

The tour continued on the ground floor through a Journey to the Scientific Knowledge of al-Andalus,consisting on a synthesized, illustrative and interactive exhibition that offered the visitor intense brush-strokes on the Spanish-Arabic knowledge.

The visit to the Pavilion of al-Andalus and Science ended in a space committed to Cultural Itineraries and The Routes of El legado andalusi. The Itineraries were based on the historical, social and cultural relations of al-Andalus with the Arab World; The Routes of El legado andalusí, on their part, are cultural-tourist routes that cross the Andalusian region and let the visitor know the relevant elements linked to the civilization of al-Andalus, as well as previous and subsequent cultural legacies.