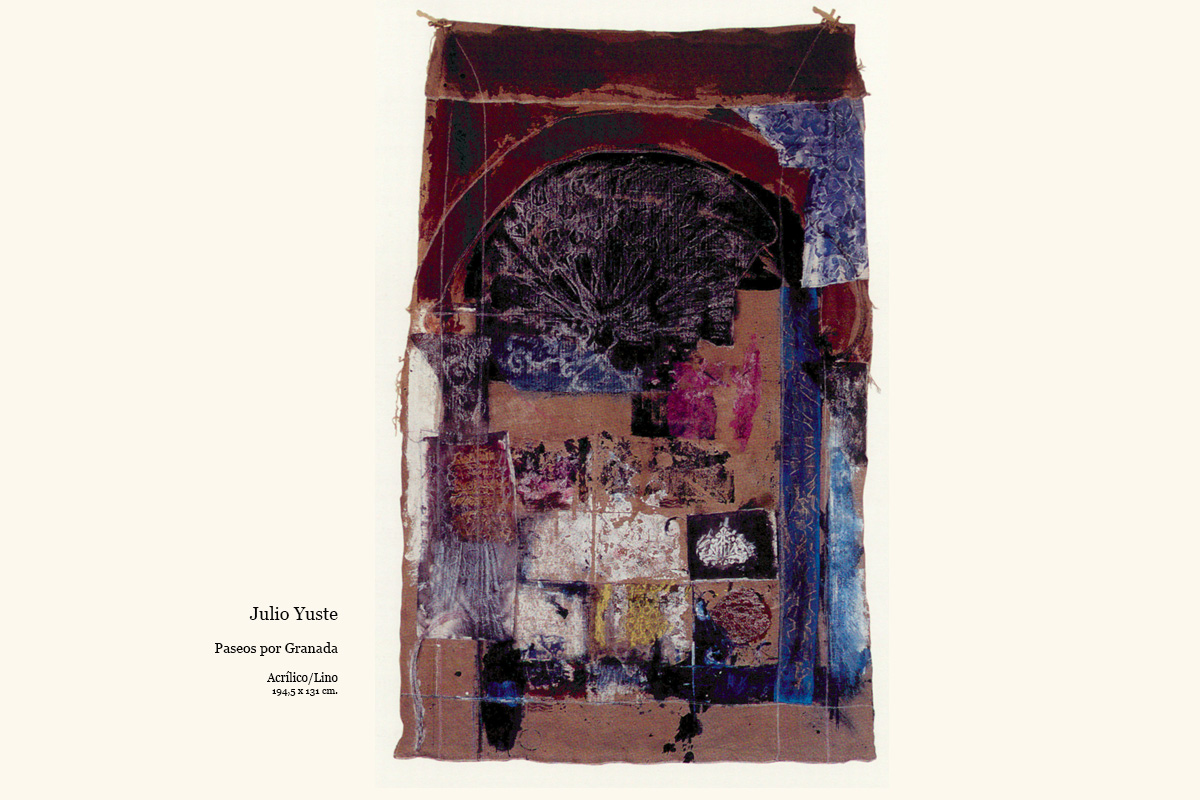 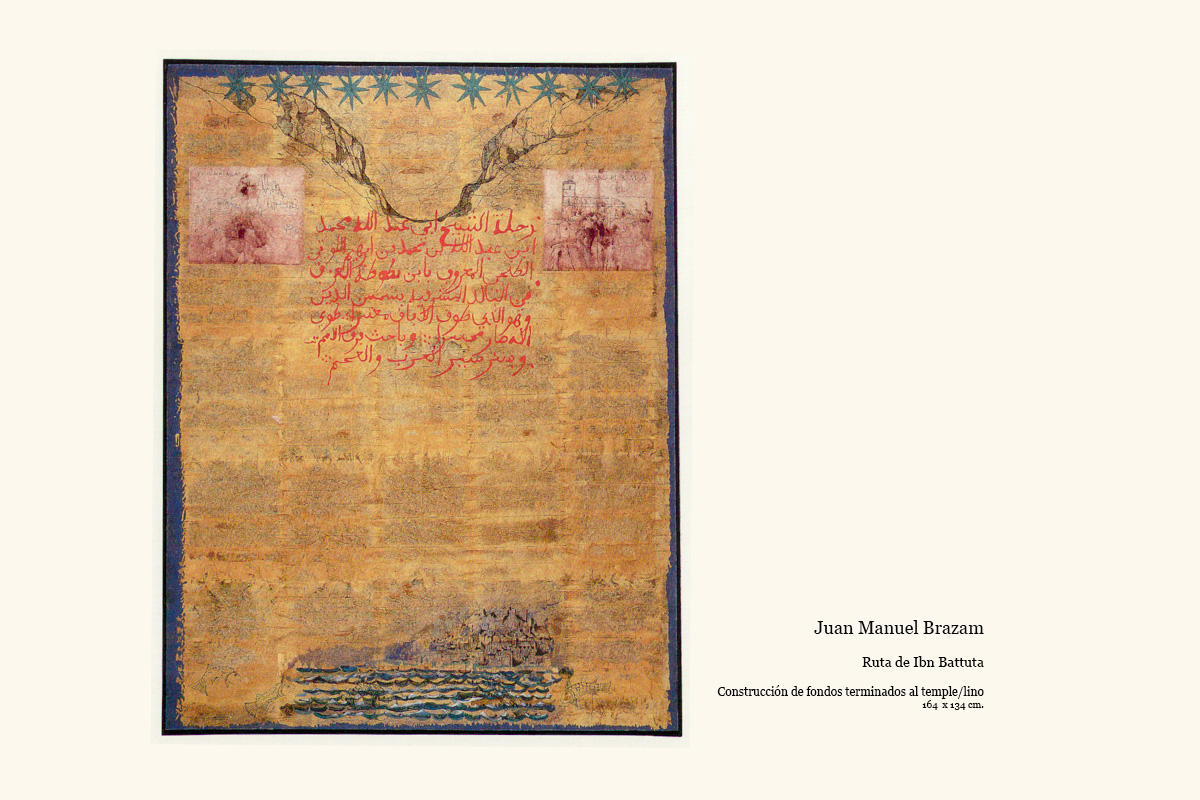 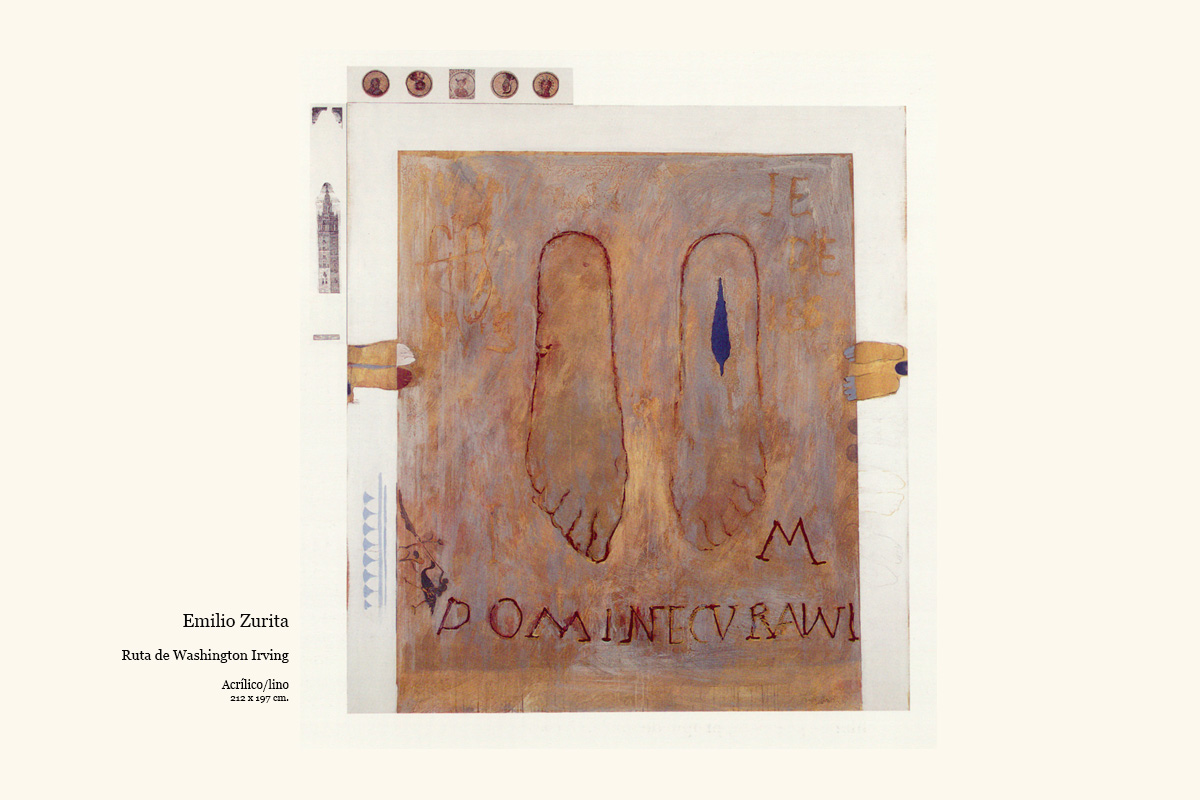 In this travelling exhibition, eleven Andalusian artists, most of them from Granada, offered their particular vision of each of the eleven routes that made up the primary cultural project of El legado andalusí.

These creators used their respective artistic languages in order to express on the different supports (canvas, panels or burlap) the impression these routes left on them, guided by their own perception of these paths that once ran across al-Andalus. Thus, while some of them relied on symbology or myth, other gathered, availing themselves of legend, the most significant elements of the past of al-Andalus.

Among these eleven paintings we find both figurative and abstract works, ranging from techniques such as collage to compositions supported by metal structures, or the original “petral” technique, made of mineral materials; hence the title of the exhibition, A Plastic Proposal, as it was not only the brush the instrument used for these creations.

Publication
Ibero-American Mudejar: From the Islam to the New World