Ibn Khaldun. The Mediterranean in the 14th century 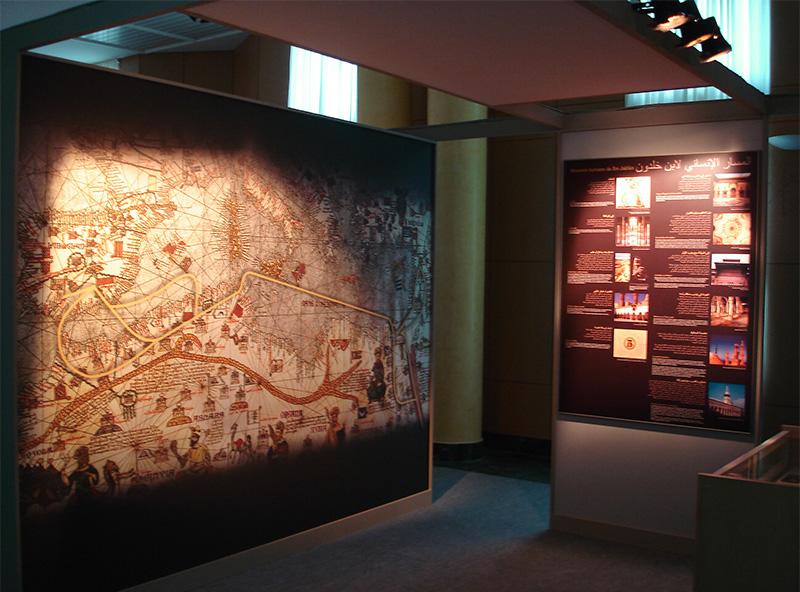 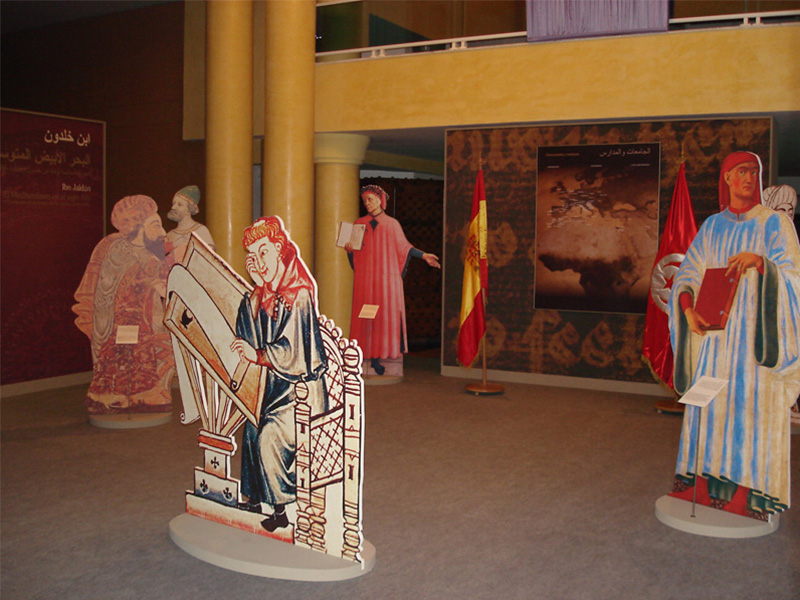 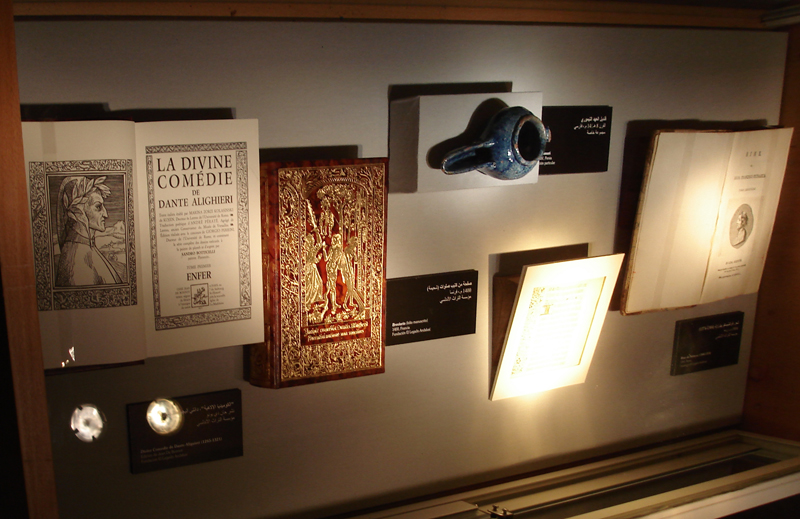 The exhibition Ibn Khaldun. The Mediterranean in the 14th century that was opened in November 2006 in the National Library of Tunis, represented an overview of the political, economic and social relations between East and West and between Europe and the Arab-Maghreb world during the 14th century. Sharing the philosophy of the exhibition that was organized in the Real Alcázar of Seville, the event was inaugurated by Mohamed Ben Achour, Minister of Culture of Tunisia and showed this broad geographical framework connected by the Mediterranean: European and Muslim states that were present in this scenery through their cultures and conflicts, their commercial exchanges and economic organization and also through the artistic legacy that distinguished this period.

The exhibition was organized by the State Society for Cultural Action Abroad (SEACEX), El legado andalusí Andalusian Public Foundation –an institution depending on the Regional Ministry of Culture and the Ministry of Tourism, Commerce and Sport of the Andalusian Government– and relied on the collaboration of the Spanish Ministry of Foreign Affairs and Cooperation, the Spanish Ministry of Culture and the General Directorate for the Protection of Heritage of the Tunisian Republic, in addition to being supported by different Spanish and Tunisian institutions. The exhibition, on display in the building of the National Library of Tunis, brought together large-format graphic panels in which a comparative timeline of the 14th century was shown. In addition, an overview of the life of the thinker Ibn Khaldun was undertaken, giving special importance to the role played by the science and letters in the Mediterranean environment and also to the contemporaries of Ibn Khaldun related to different areas of human knowledge such as Dante, Petrarca or Boccaccio, or the Tunisians Ibn Arafa and al-Tidjani, as well as Ibn Khaldun’s life story.

Exhibition Catalogue
Encounter of civilizations: Ibn Khaldun
Ibn Khaldun. The Mediterranean in the 14th century: Rise and Fall of the Empires.