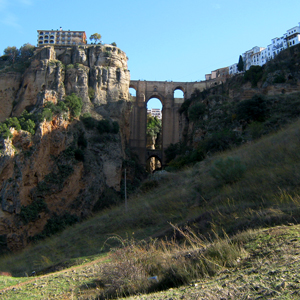 Ronda, the city of a hundred views

Let’s take a journey toward Takurunna, the Hispano-Muslim city that wavered between the domination of the Marinids from Morocco and the Nasrids from Granada. Now called Ronda, its charms are inscribed along the Route of the Almoravids and Almohads launched by the Foundation El legado andalusí. 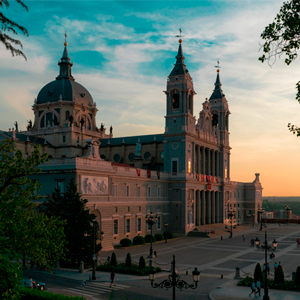 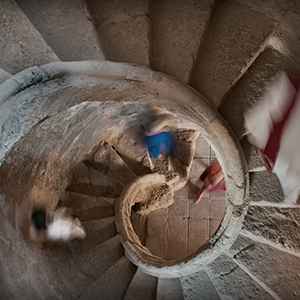 Priego de Córdoba in its labyrinth

Priego de Córdoba de Córdoba counts its history over the course of centuries among Caliphal, Nasrid and Baroque traits, and it still remains there, gracefully showing its castle to the traveller, its Carnicerías Reales (Royal Butcheries),… 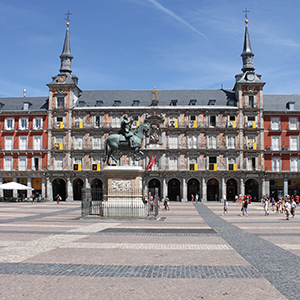 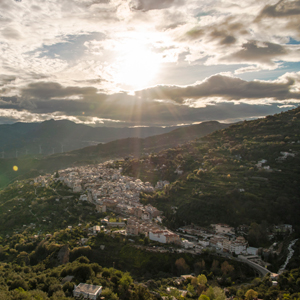 The history of La Alpujarra had already appeared in texts of the classical authors of old. Lanjarón is famous in our days for its medicinal waters, for being the threshold of this Granadan region and… 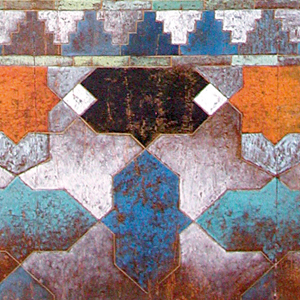 Appearing in parks, squares, bars and homes, tiles—azulejos– have for centuries accompanied the decoration in many regions of the Mediterranean. Today, they are as alive… 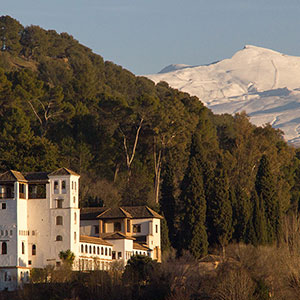 The awareness of landscape in al-Andalus

For the civilization of al-Andalus, landscape constituted the image of a reality in which its values are preserved and granted symbolic dimension.
The renowned historian Ibn al-Khatib, stateman, philosopher, literary man and doctor … 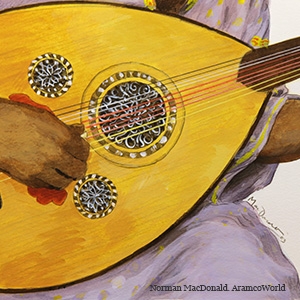 Ziryab, the amazing story of the singer from Baghdad

The importance of the figure of Ziryab in the court of the Cordoban Umayyad king Abd-er-Rahman II is credited for the innovations he introduced in the court and Cordoban society in several fields. He was surely one of the most prolific artists of all time. 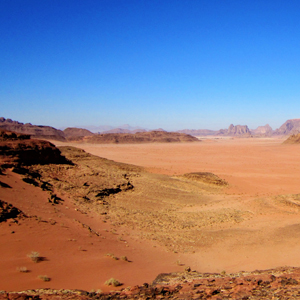 Qusayr ‘Amra. The umayyad palace of the desert (Part II)

The originality of the architecture of this monument, including its poetic frame of desert solitude, makes it a major milestone in the history of Arab art. Frescoes in its interior, of a high iconographic … 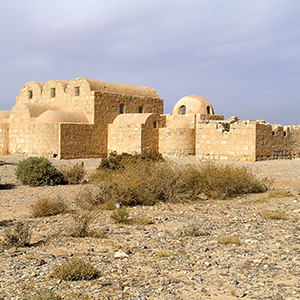 Qusayr ‘Amra. The umayyad palace of the desert (Part I)

The originality of the architecture of this monument, including its poetic frame of desert solitude, makes it a major milestone in the history of Arab art. Frescoes in its interior, of a high iconographic … 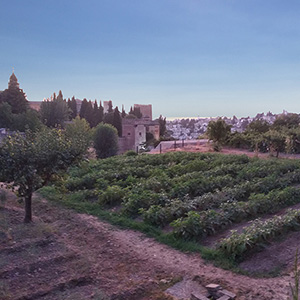 Orchards of al-Andalus. The development of domestic agriculture

The cultural legacy of al-Andalus is, without doubt, a constant element in the villages, towns and cities included in the Routes of El legado andalusí. In the Route of the Caliphate, in particular, fortresses, walled enclosures or hydraulic devices make up an important part of the patrimony that is witness to the Muslim heritage between Córdoba and Granada. 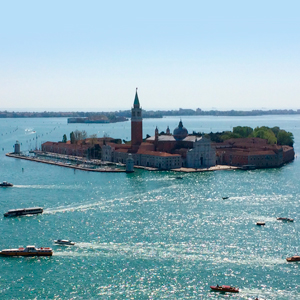 Venice, the temptation of the Orient (Part II) 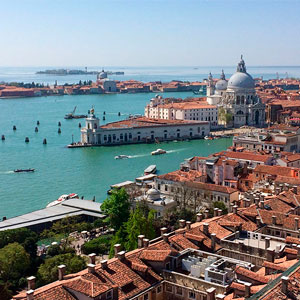 Venice, the temptation of the Orient (Part I) 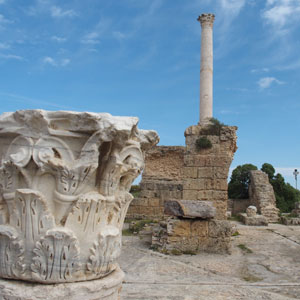 Ifriqiya, a cultural and commercial center in Northern Africa 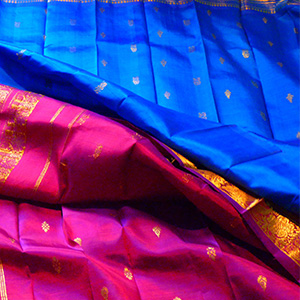 The silk from Granada

The development of the silk industry in Nasrid Granada represented a significant economic growth, and hence social growth; merchants from different parts of the world came to the city to purchase the precious Granadan silk, and in addition to commercial exchange they also fostered fruitful cultural transfer. 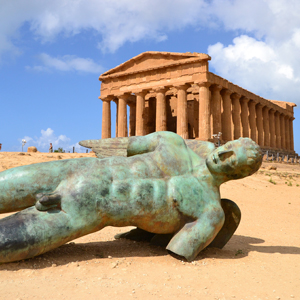 In the center of the Mare Nostrum, the island of Sicily is a sort of omphalos of the ancient world, where the coastal East and West lands intersect: a transit corner and, at the same time, a place of permanence. 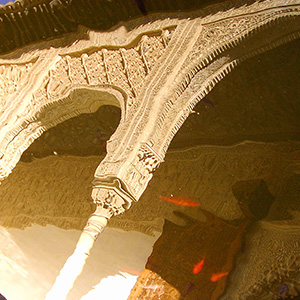 From the most legendary eastern paradises up to the latest designs of modern gardens, many have been the changes that have taken place in the art of floral arrangements. There is an omnipresent element however in most of the styles and in the philosophy of their artistic principles: water. 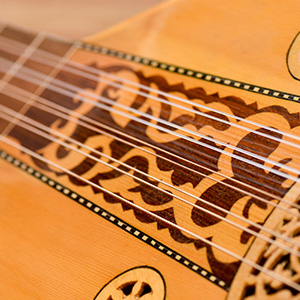 The Music of Al-Andalus, a Shared Heritage

Thanks to oral tradition, Arab-Andalusian music has survived through generations until today. 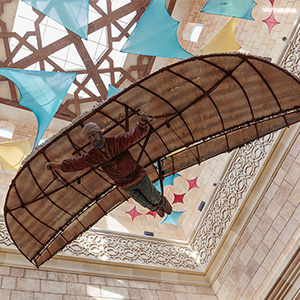 The stories of people who have tried to fly are as old as the world. The best-known account dates back to about 3.400 years, when Icarus died in his attempt. There were other stories, however, like that of one of the first scholars… 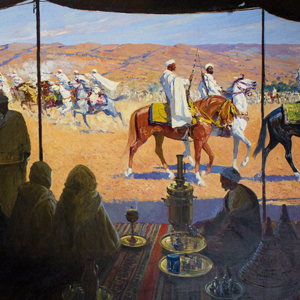 Mariano Bertuchi and the sister cities, Granada and Tetouan

The artist from Granada was 44 years old (in 1920) when he moved to Tetouan, together with his wife. This city had a special meaning to the artist, for it was founded by another man from Granada, al-Mandari, who escaped in the 15th century from the village of Píñar, near Granada, after the advance of the armies… 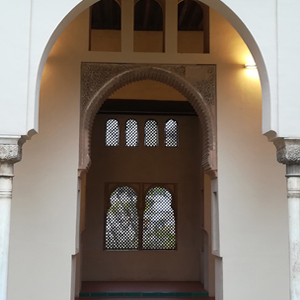 Dar al-Horra, the story of a house of noble lineage

The property is located in Granada’s historic district of the Albaicín, and it is an exquisite example of the domestic architecture of Al-Andalus dating from the Nasrid period, the last stage of the Hispano-Muslim culture. 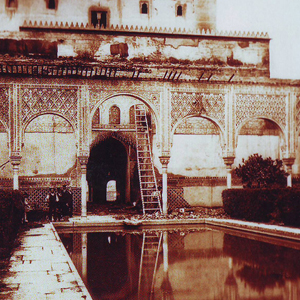 When The Alhambra was in ruins

The Alhambra has inspired artists, historians, archaeologists and even visitors whose only purpose has been to enjoy the pleasure of gazing at its palaces or exploring its streets and gardens. For centuries, an idea remains fixed in the mind of those who look at the Alhambra, and this is the contradiction of a concept of its ephemeral qualities and its strength. 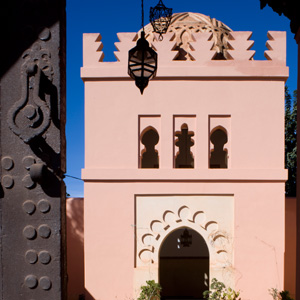 Al-Mutamid: a politician behind the poet

Legend wraps in mist the life of al-Mutamid, the king-poet of Seville, a man whose story has remained hidden under a thick layer of romanticism. He was a sensible monarch who nurtured his court with the most important writers in western Islam, and …