The Blind Man of Cabra and popular poetry in al-Andalus

For a long time, Spanish medieval poetry was long believed to have had European influence, whose birth was attributed to the appearance of the Occitanian poetry in the south of France. But in the early 20th century, researcher Julián Ribera, and some years later the illustrious Arabist D. Emilio García Gómez shed some light on this secular argument ̶ still in force among specialists today ̶ related to the origin of the Romanic poetry as Arab-Andalusian. This thesis was corroborated after the discovery of some manuscripts, found in 1948 in a very precarious state of preservation, although clear enough to be read, in a synagogue in al-Fustat of Cairo, Egypt. It consisted in a collection of short poems written in classical Arabic and Hebrew, known as muwashshah, and they ended with some rhymes to close the poem, the jarcha, written in vernacular language, be it Arabic or Romance.

These poetical compositions were favourites of al-Andalus, fervently declaimed and sung both by Hispano-Muslim and Jewish poets. Together with this fabulous discovery, another variety of strophic verse, the zéjel that, was also written un vernacular Arabic, often interspersed the insertions of expressions and words in Mozarabic, something common among the inhabitants of al-Andalus.

The invention of the muwashshah is attributed to a poet known as Muhammad Ibn Muqqadam al-Qabri The Blind man of Cabra, a contemporary of the Emirate of Córdoba when it was under the rule of Abdallah (843?- 912). The poet walked the streets and public spaces as markets or squares, lending his ears to the people, from whom he heard anecdotes or popular verses, the material with which he elaborated his poetical compositions. From this came the popularity of his poetry, as proven by the fact of its repetition by other poets in their own same jarchas, with slight variations, but sharing the same subject: love of women, put into the mouths of women but written by men, which dealt with the unrequited love, the “udrí love”. Coming out of the oldest poetical tradition of Arabia –Bedouin poetry ̶ it gave birth in the Middle Ages to the poetical genre known as “courtly love” or “chivalry poetry”, sung by troubadours from castle to castle. 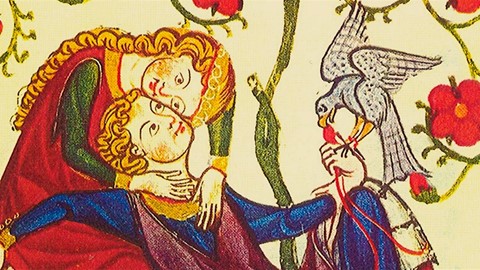 Now let us plunge for a moment into a remote era in time: that of the emirate of Cordoba of the late 9th century.

Emir Abd Allah is ruling, and we are in a yard of the palace with gardens on a warm night of the Cordoban spring. We are witnesses of an intimate and relaxing evening that the emir shares with his guests, his closest poets.

That night we can hear at times small satirical feuds, or the melancholic voice of Abd-er-Rahman I recalling his homeland, according to the poetic taste from the East. The gathering also delights in the tunes sung by the beautiful slaves, and in the serenity of the political qasidas. The night is a good opportunity for wine, a light meal and love. So, the emir makes a break during the soirée and asks the guests to compose a love poem for one of the singers. Among the guests at the gathering were poets such as Said Ibn Judi, Ubaydis Ibn Mahmud and the so-called Ciego de Cabra (the Blindman from Cabra).

If a poetic inspiration of love was to arise from this gathering, it would be sure to be that of courtly love.

Ibn Judi has a good example of it amongst his works, as shown in the following fragment from one of his poems: 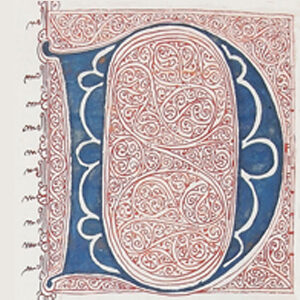 ince I heard her voice

I lost my peace and wits:

And her sweet refrain

Only left me pain

Source of anxiety for her

I never got to see her

And thinking of her I live

I felt in love of her voice

And my captive heart

for her singing I kept…

Had wine continue to flow in the night, the recited poem might surely have changed its tone: 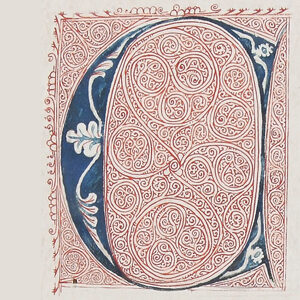 And girls are looked upon with love

the greater good on earth

is to enfold the slender waist

of our lover, and struggle

to then make peace later …

This taste for love poetry, as well as the variety of its compositions, is the result of, on the one hand, the influence from the East, so strengthened with Abd-er-Rahman II through Ziryab and, on the other, the lifestyle that at those times was less rigid in al-Andalus than in other Islamic societies.

Emir Abd Allah might have needed to enjoy moments like these that we are just trying to imagine, since he went through not very easy times. Throughout his reign, he had to face problems like the armed rebellion of the muladíes (Christian inhabitants in al-Andalus who converted into Islam a lived among Muslims during Arab rule in Spain) against the emirs. The most important of their ringleaders was Umar Ibn Hafsun. In addition, there were family-related political problems: he ordered the executions of two of his brothers and his own son, al-Mutarrif, who had previously killed his brother Muhammad, the heir to the throne. So, after these events, he put his eyes on his grandson, son of the assassinated al-Mutarrif, for succession to the throne, and he later was to be caliph Abd-er-Rahman III.

In the Cordoban court there were singer-slaves trained by Ziryab’s music academies or in the very palace, according to the style of poetry of al-Andalus, which would have to deliver also the cultural and poetic knowledge from the places they came: the north of the Iberian Peninsula and the trans-Pyrenean areas; for as we can see, they enjoyed a good position and consideration within the court, and they even gave birth to heirs.

It is known that Abd-er-Rahman III purchased Slavic slaves who were brought to the court while still children and they were trained in Arab culture and the customs of the palace. Freedom was granted to them over time, and they played important roles in the administration, or as members of the caliph’s personal guards. They came to have a great influence in the court, favouring, amongst other factors, the development of music and poetry in al-Andalus.