From Lisboa to Sevilla and Granada

The Route of al-Mutamid extends from Lisbon to Seville, going through Huelva. It joins the Route of Washington Irving in Seville and continues to Granada. It is one of the richest paths of al-Andalus, as the Muslim heritage of Portugal is added to the Andalusian heritage. It is a route through Lusitanian lands as far as the capital city of Andalusia, which eventually reaches Granada, final point of all the Routes of El legado andalusí.

This route, with two branches, extends across the south-western angle of the Iberian Peninsula. Muslim Portugal was a consubstantial part of al-Andalus. The borders between Muslim Spain and the northern Christian kingdoms changed continually throughout the centuries. During the Caliphate period, they were as far as the river Douro, but during the Almohad period, they were by the south of the river Tagus. Nothing separated the areas of al-Andalus which finally became part of Portugal. This route is called Route of al-Mutamid because the future king of Seville at the time was the governor of Silves in his adolescence and youth, a village in the Algarve.

The different landscapes make of this route one of the richest ones, not only due to the monumental heritage, but also to the natural spaces. The visitor can find in them a historic continuity full of nuances, the same period sometimes regarded with different visions.

The path that a young erudite in love, connoisseur of music and poetry once walked, is today an amazing route that starts in Portuguese lands and ends in Seville, joining there the Route of Washington Irving until reaching the dreamed-about city, Granada. 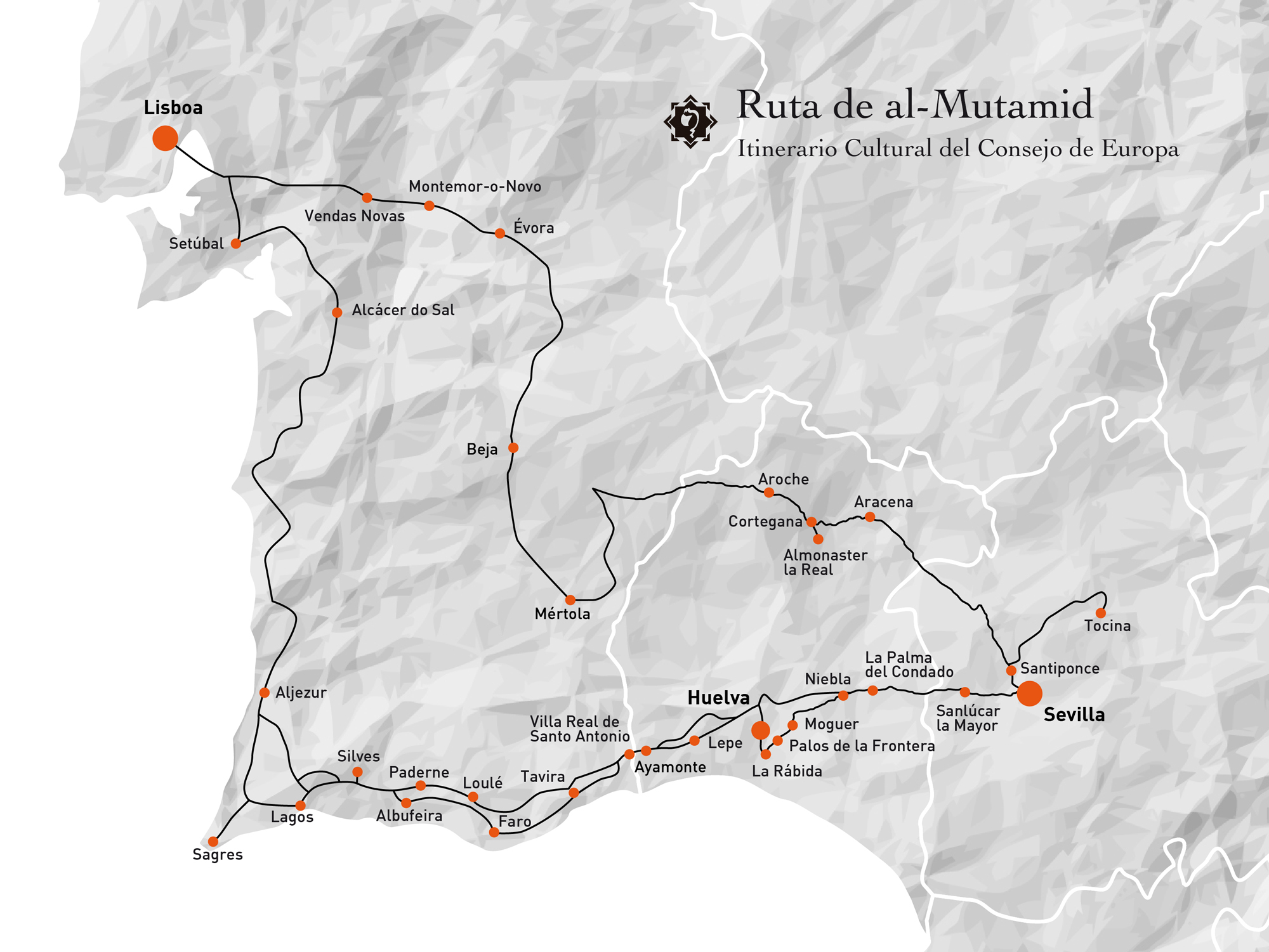 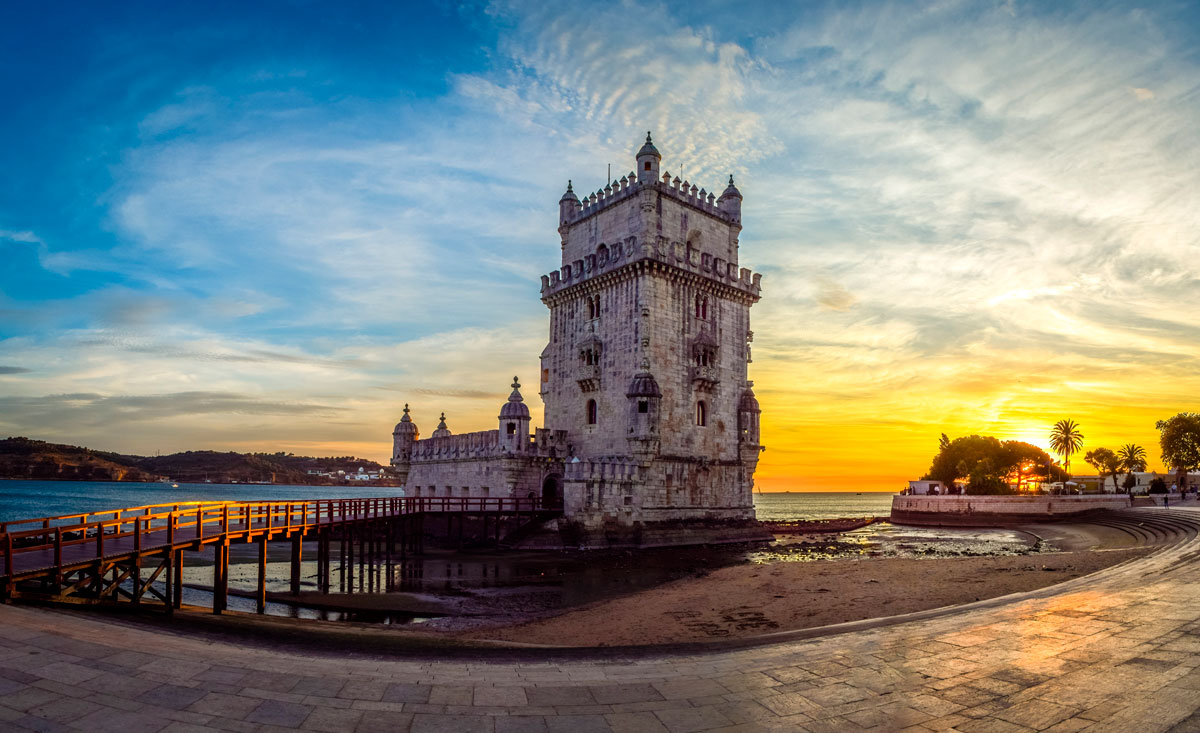 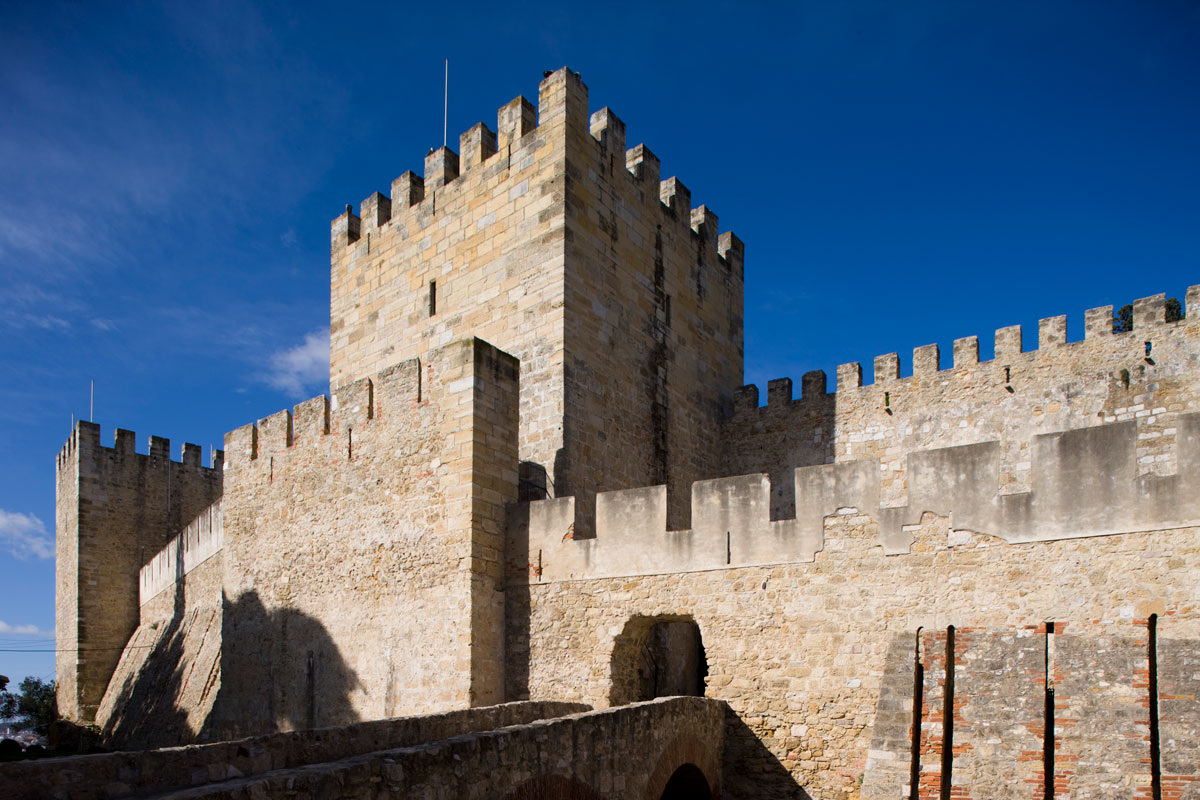 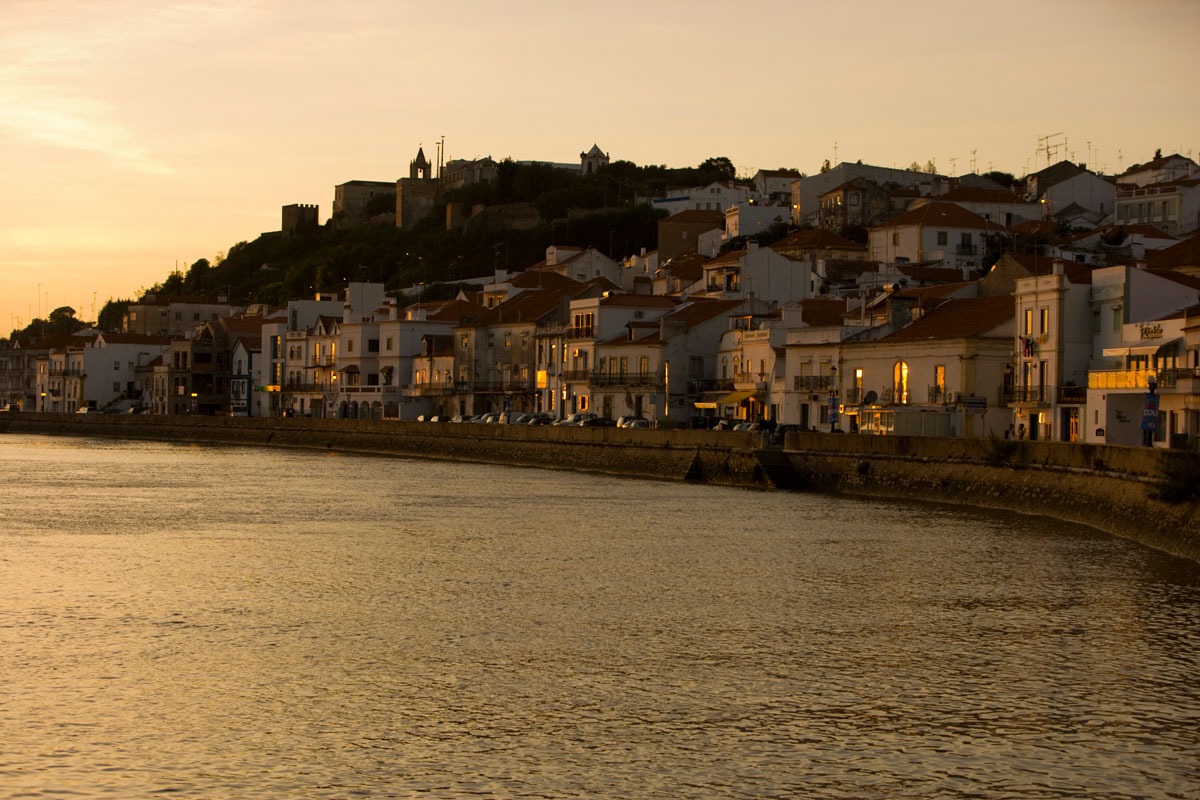 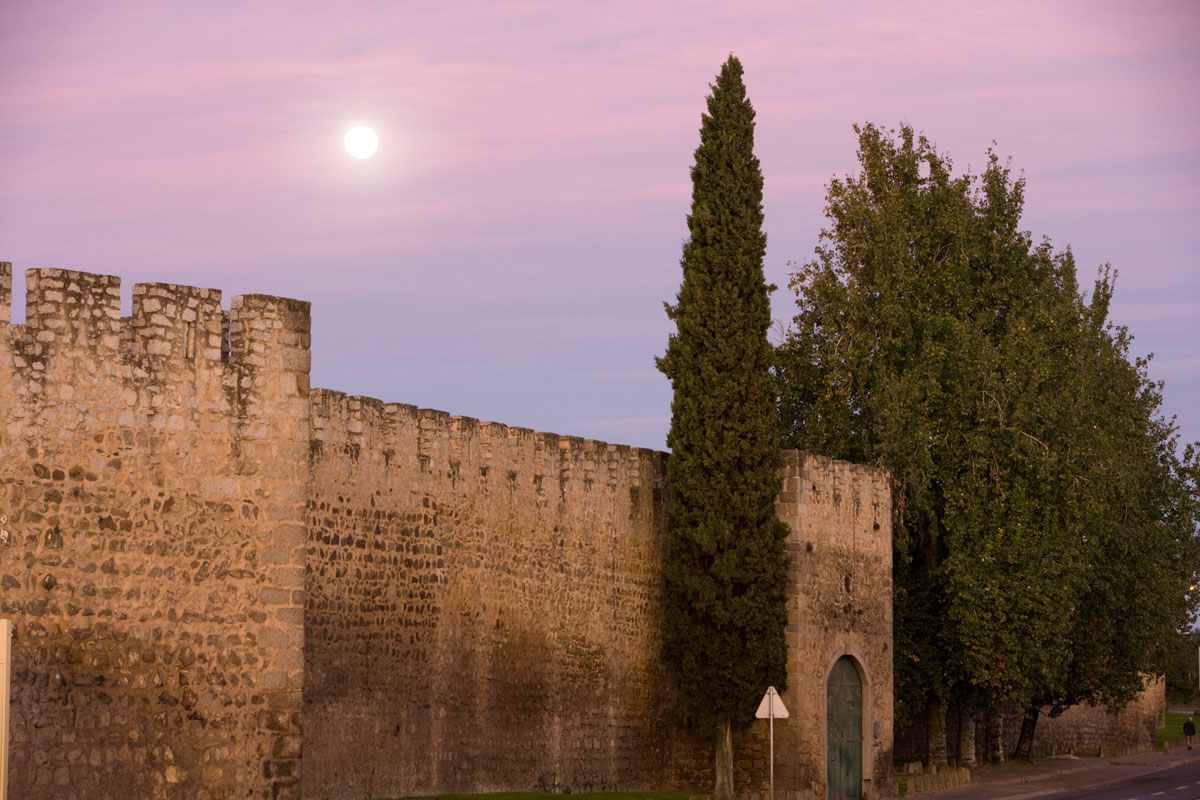 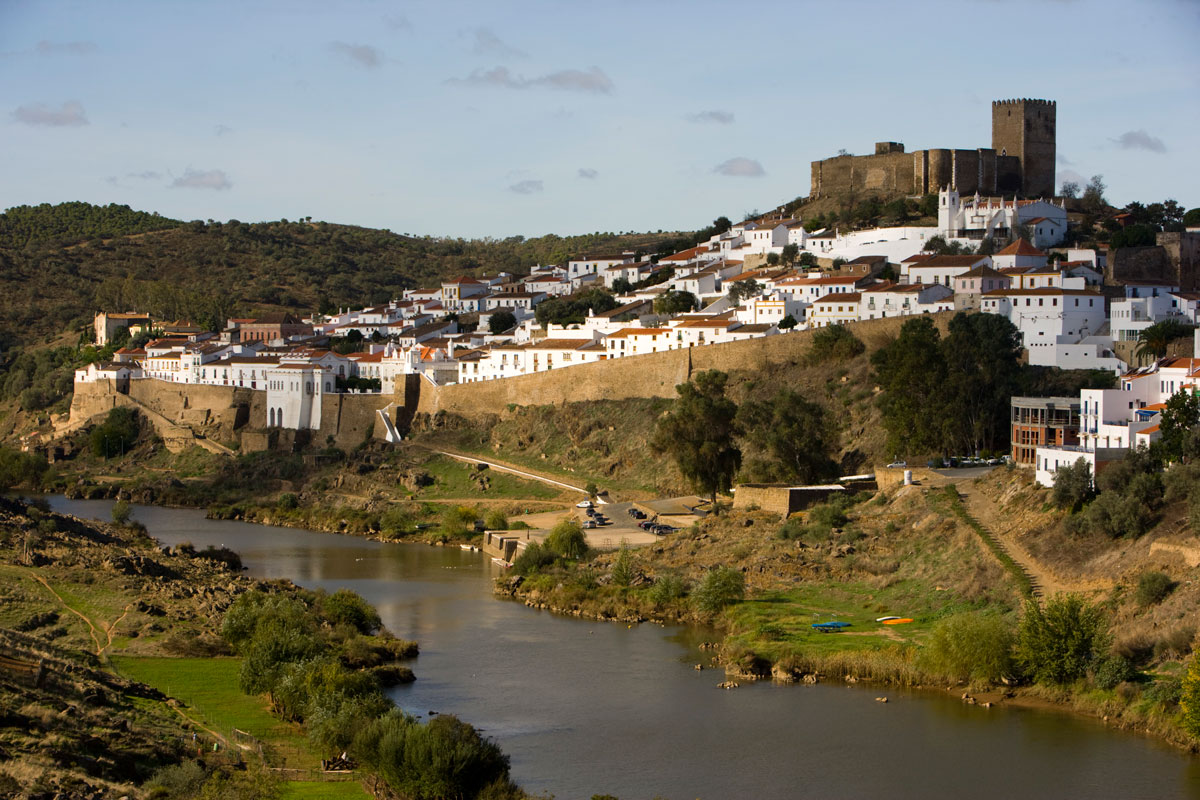 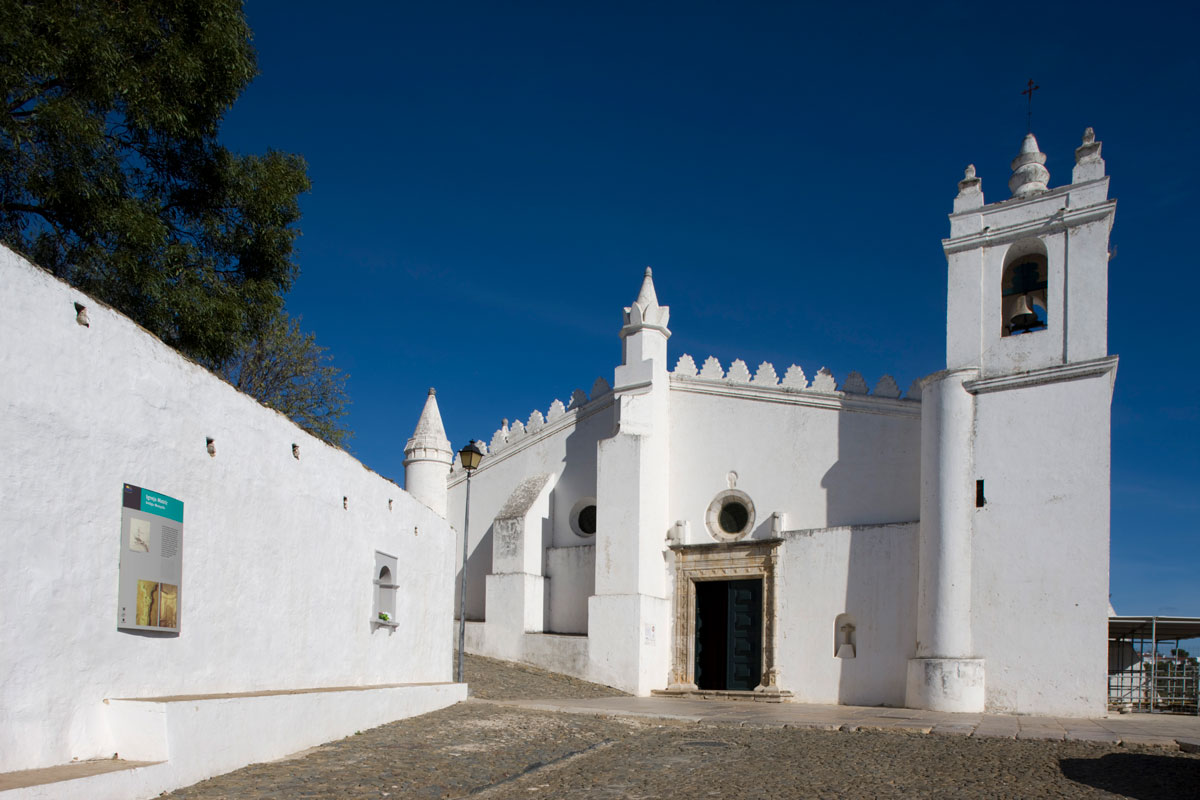 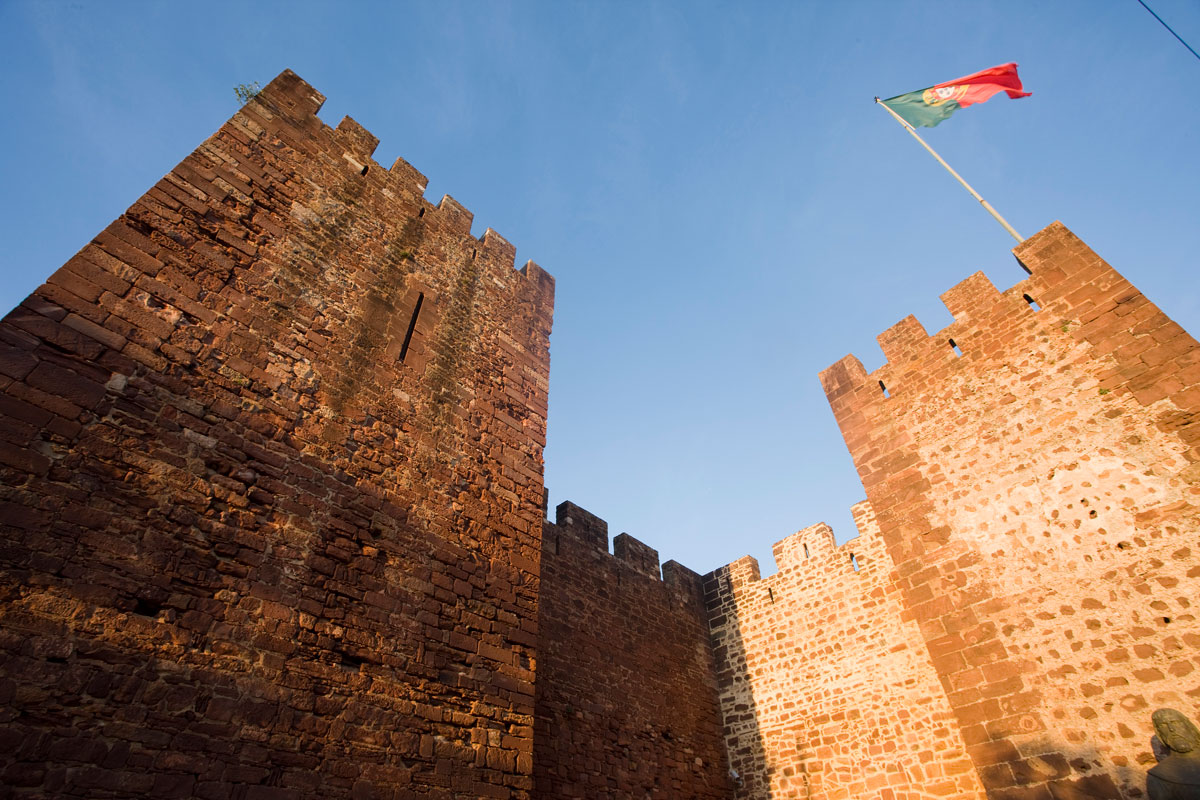 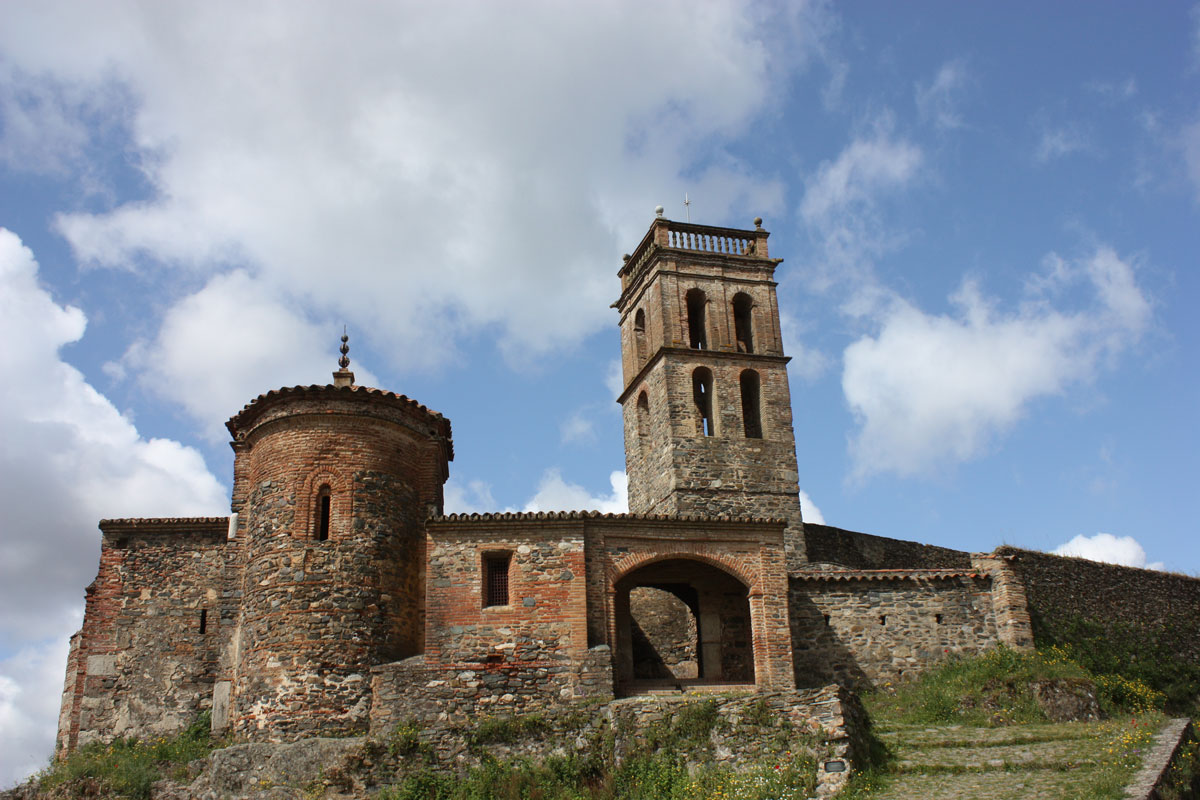 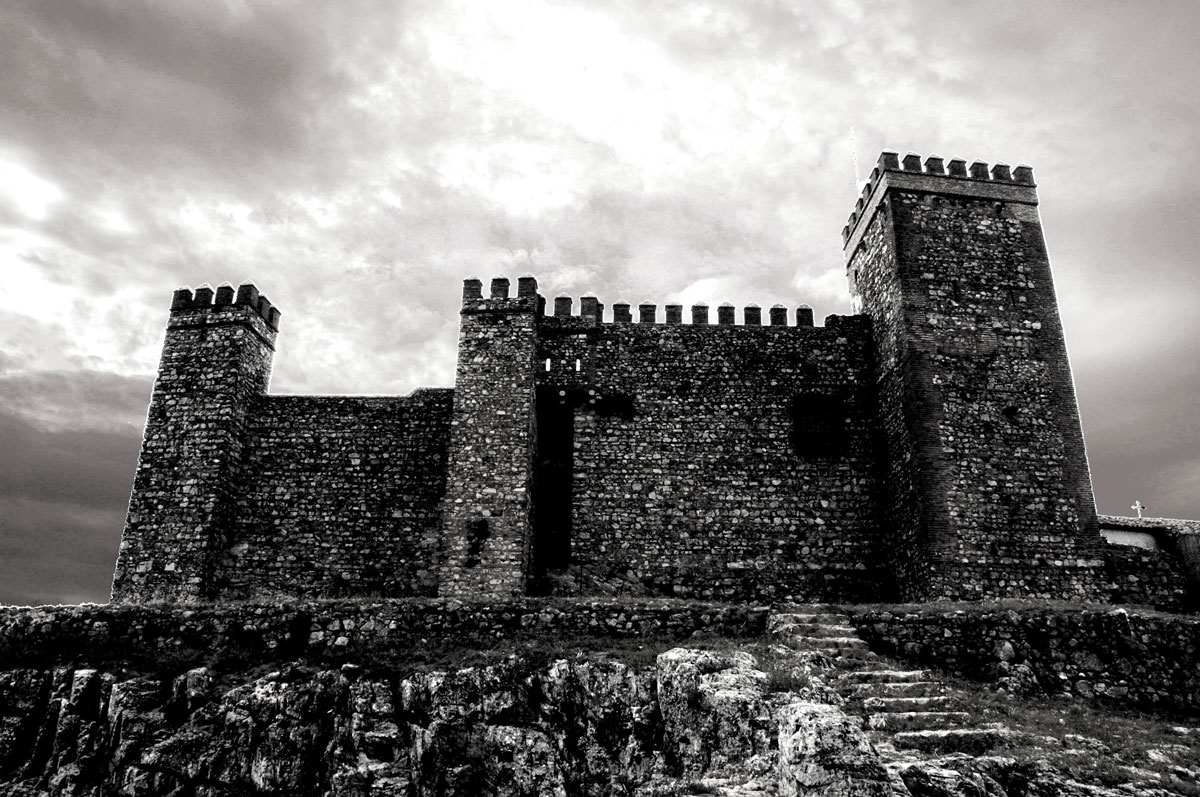 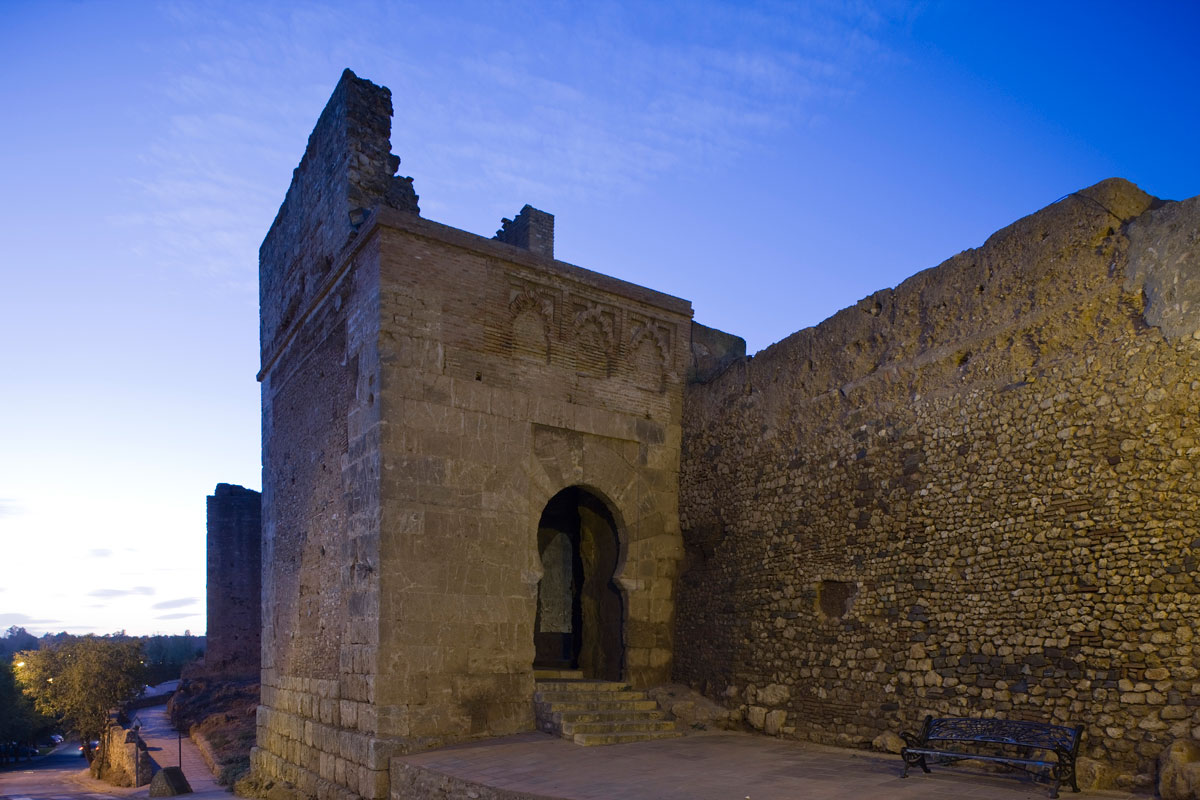 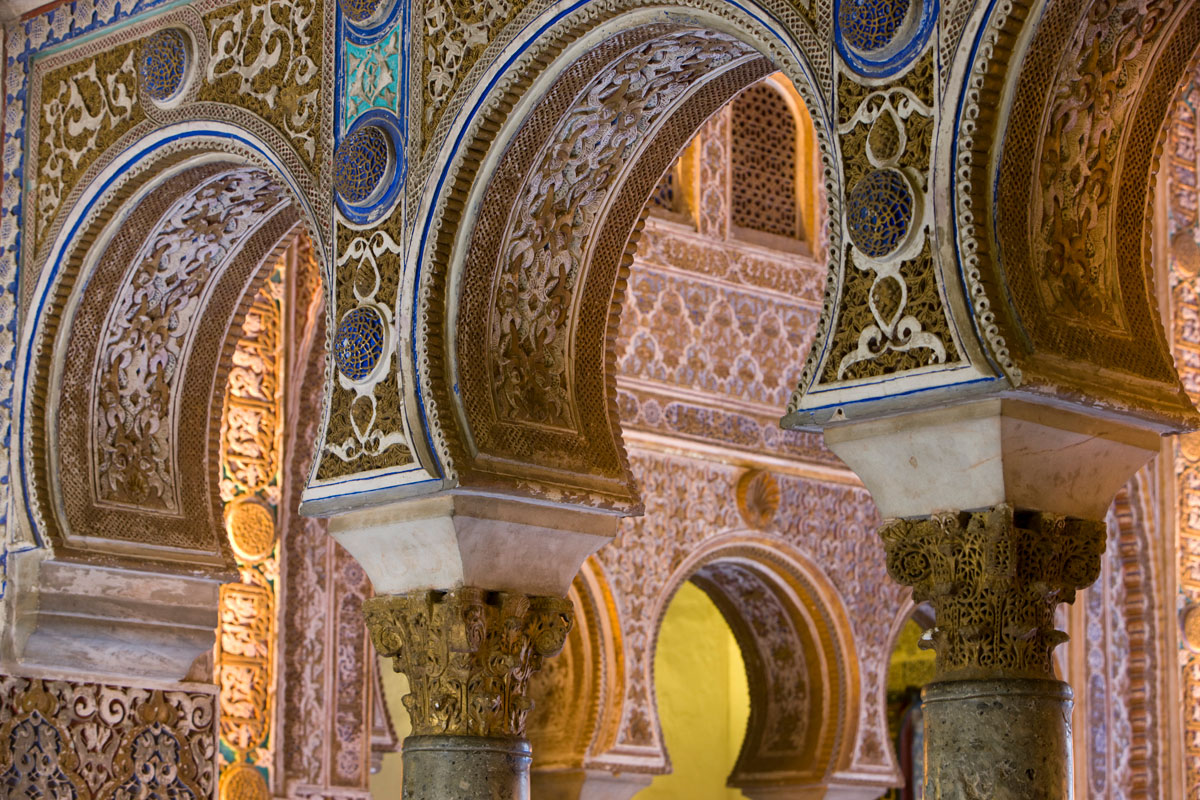 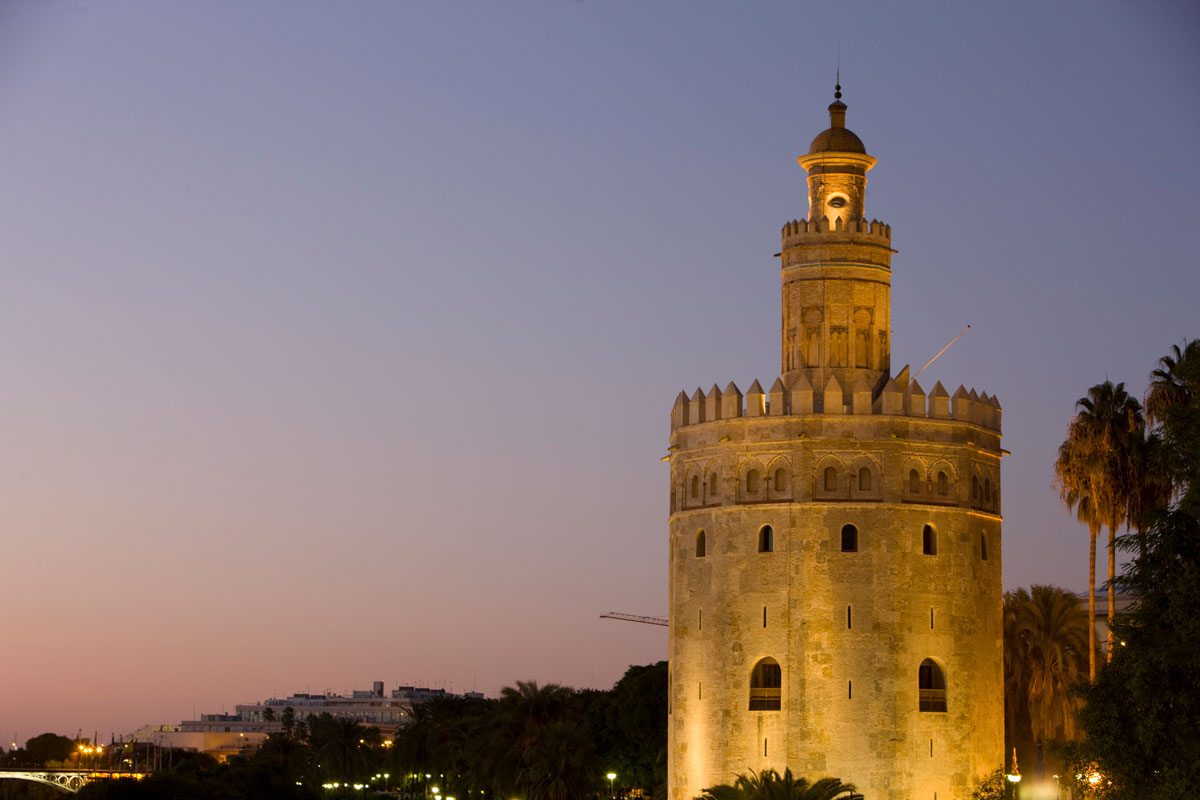