Conservation and dissemination of the documental heritage

El legado andalusí Andalusian Public Foundation conceived in 2006 a project aimed at the digitalization of Arab manuscripts that started with the digitalization and publication of the manuscripts History of the Kings of the Alhambra, by Ibn al-Khatib, preserved in the National Library of Madrid, the Prolegomena, by Ibn Khaldun (School of Arab Studies of the CSIC, Granada) and the Great History, by al-Maqrizi, kept in the Library of Alexandria (Egypt).

The Foundation offers this service to cultural institutions for the accomplishment of specific digitalization projects, adapting the technical equipment to the particular needs of the project to be carried out. The management commission that started in 2017 along with the Council of the Alhambra and Generalife follows this line of action for the digitalization of specific funds of the Archive and Library of the Alhambra. 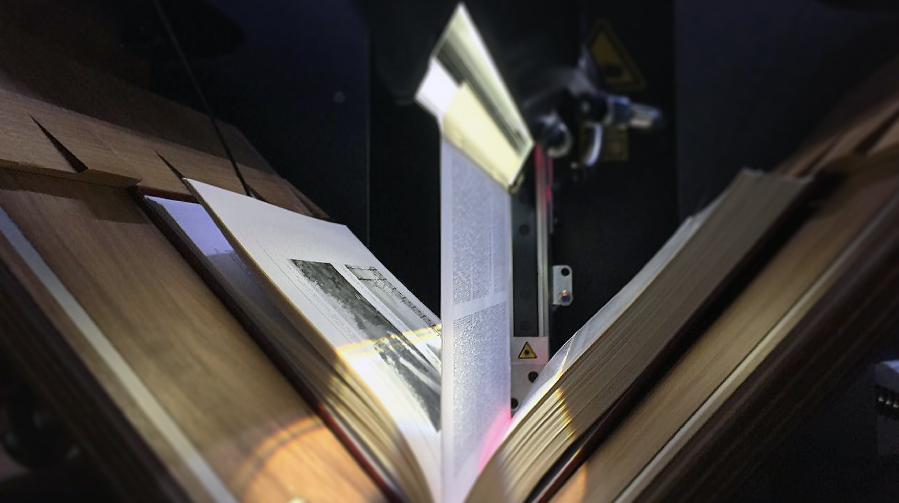 The project started by undertaking a specific study of the documentary funds already digitalized of the extraordinary collection of the archives of the Alhambra, as well as defining the objectives and needs of the Council so as to organize the work process. It was all collected in a specific action protocol that included the criteria in digital matters already implemented in institutions such as the National Library of Spain (BNE), the Network of Libraries and Archives of the CSIC (Spanish Center for Advanced Scientific Research), the Digital Library of Congress (USA) and the guidelines of ISO Committees. Therein it was also specified the process to be applied to the funds of the Alhambra Council as well as the final result in the form of preservation master images, conversion processes, digital retouching and restoration and text recognition that generate standard files in different formats for dissemination and digital archiving.

The documentary funds of the Archive of the Alhambra in which the Foundation is currently working comprise slides on architectural interventions in the monument during the last 40 years, Signature Books dating from 1872 onwards, poster, drawing, engraving, historical and current plan collections, the digital restoration of the Ángel Barrios’ collection of drawings or the high-resolution digital composition of the watercolors of the paintings of Partal, in the Alhambra.

Among the Library Funds, the digitalization work of the 108 issues of the magazine Arabica: Revue d´Études Arabes (1954-1995)particularly stands out. It is a true reference for the investigation and dissemination of Muslim culture and art. Also outstanding are the reprocessing and digitalization of Cuadernos de la Alhambra (Note pads of the Alhambra) from 1965 to the present day, or some of the most notable works from the ancient fund collection, such as Architettvra by Vitruvio (1536). The 385 titles of the so-called Romanones Fund, the oldest and most delicate due to their condition, and germ of the current Library, have started to be systematically digitalized. It comprises key works on the subjects of the Alhambra, Maurophilia and the especially valuable varied selection of 19th-century travel books.

The Digitalization Service also meets an educational function by offering guided visits to institutions and researchers. Special emphasis is placed on the importance of digitalization for the preservation and dissemination of the cultural heritage by showing the work carried out with the technical equipment, while providing a detailed explanation of the different digitalizing processes, features and purpose.