Cultural Itinerary of the Umayyads

The Cultural Itinerary of the Umayyads is an essential link between East and West. The Itineraries of the Muslim Civilization suggest to rediscover it, stage by stage, in a long and fascinating historical journey from the Arabian Peninsula to the Iberian Peninsula via Northern Africa.

It stretches between two peninsulas, Arabia and Iberia. It crosses and links three continents, Asia, Africa and Europe. It runs along the Gulf of the Arabs and Persians, the Omani and Yemeni shores of the Indian Ocean, the ports of the Red, Eastern and Western Mediterranean, from the Mesopotamian Euphrates to the Andalusian Guadalquivir. It travels up the green slopes of Arabia Felix and the Fertile Crescent, along the caravan routes of the Hijaz and Syrian steppes, and across the Maghreb and the Mediterranean islands of Sicily and Crete.

This Itinerary reveals how the Muslim civilization arrived from the Arabian Peninsula through the Fertile Crescent and North Africa to the Iberian Peninsula. It takes the form of what we might call the Umayyad Route, from Damascus to Cordoba, but goes further to explain the many influences between East and West. This round trip brought innumerable contributions to Europe, reached its zenith in Sicily and Muslim Spain and, throughout the Iberian Peninsula, exerted an enormous influence for European cultural and scientific development. Old paths where knowledge, art and science travelled and stopped, always leaving their traces. Profusely diverse, they often reveal unique common denominators, interactions, encounters and miscegenation that occurred in the course of a shared history to which all these roads lead.

The routes tell us about history, traditions, artistic heritage, agriculture, science and also about commercial and social relations. This civilization was established in a world impregnated with classical culture (Greece, Rome and Byzantium), and its cultural contributions served to shape a crucial civilisation for the progress of man.

The Umayyad empire quickly became a great melting pot of cultures that, together with an emerging creativity, gave birth to a new art, with new aesthetic forms and cultural habits that were reflected in a rich repertoire of constructions, in new urban forms and images. The transmission of the new cultural reality towards the West had its special survival, precisely in the continuity of the Umayyad dynasty in al-Andalus, until the beginning of the 11th century.

The Umayyad Itinerary plunges into the rich sublayers of the civilizations that preceded Islam (Greco-Latin, Persian, Nabataean, Palmyrene, Sabaean, etc.), and of course contemplates at each milestone of the route the rich ramifications and eclosions that emerged throughout a complex history, with the succession of the dynasties. 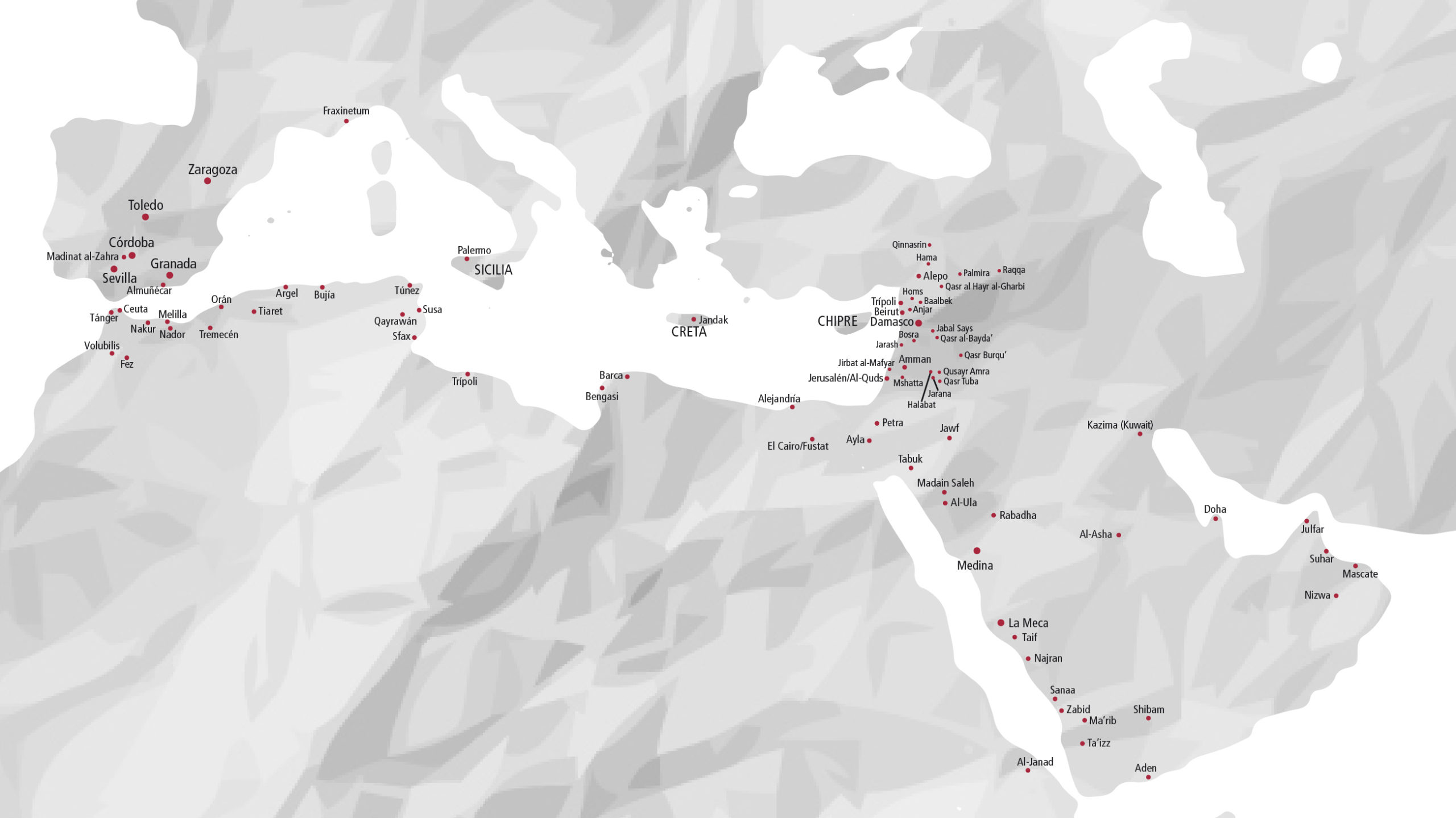 Map of the Cultural Itnerary of the Umayyads

Dome in the Mosque of Córdoba.

Dome in the Mosque of Córdoba. 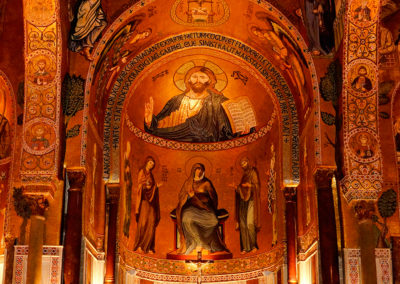 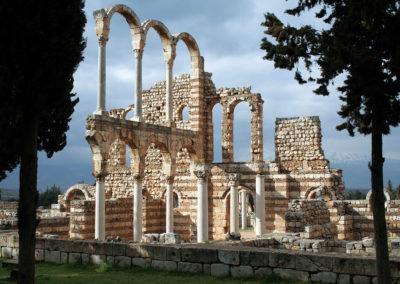 Ruins of the temple of Anjar, Lebanon.

Ruins of the temple of Anjar, Lebanon. 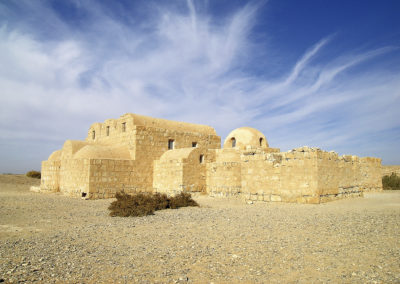 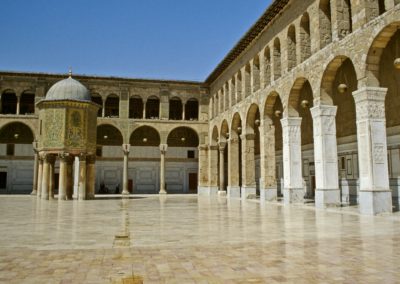