From Algeciras to Granada

This route aims to reveal the profound human, cultural, artistic and scientific relations between East and West, and the way in which the Greek-Roman legacy was passed on to Europe through al-Andalus. In the 10th century the Hispano-al-Andalus civilization was at its peak. At the crossroads between the Christian, Jewish and Muslim cultures, this cradle for literature, science and art was a constant source of invention, mixing legacies from both sides of the Mediterranean.

The Umayyad Route begins in Algeciras (al-Yazirat al-Khadra in Arabic), the gateway through which Islam entered the Iberian Peninsula and where the new conquerors that crossed the Straits of Gibraltar in the year 711 stationed their armies. It was here that Tarik reorganized his troops that same year before taking on the Visigoths.

Our next stop is the delightful town of Medina Sidonia. On its part, the city of Seville already had a dynamic cosmopolitan past when it was conquered by the Muslims in the year 712. Isbiliya, as it was known in Arabic, became one of the most important cities in al-Andalus, of which it was briefly the capital city. From here we move on to the neighbour town, Carmona, in the heart of the Sevillian countryside and where the Arab tribes from Yemen settled, including the Ibn Khaldun, the family of the great historian of the same name.

Our journey continues along the valley of the River Genil, where we will arrive to Écija, and thence to Córdoba, the capital of the Umayyad caliphate, its spiritual centre and powerbase, capital of the arts and wisdom and home to one of the most important buildings in the Islamic West, the Great Mosque, built on the instructions of the overlord of al-Andalus Abd al-Rahman I.

In the Province of Córdoba we will make stopover in three towns that played important strategic and defensive roles: Carcabuey, Priego de Córdoba and Zuheros. From Alcalá la Real, in Jaén, and its impressive Qalat (fort), we will set out on the last stage of the route towards Almuñécar (al-Munakab), where the exiled Umayyad Emir Abderrahman I, known as al-Dakhil (the Immigrant), first entered the Peninsula. Lastly, we come to Granada, which had a forerunner in the Emirate and Caliphate periods in the now vanished city of Madinat Ilbira. 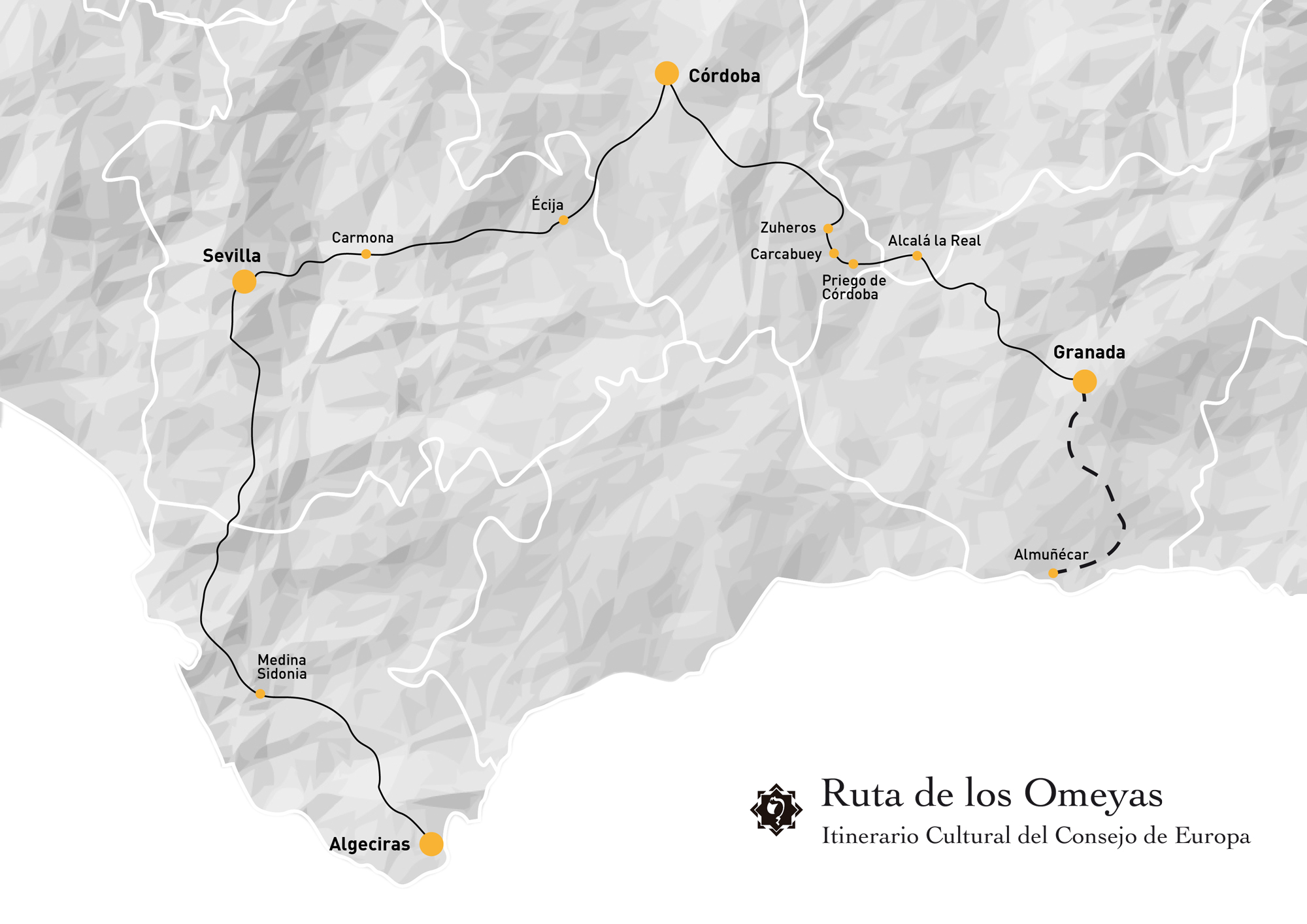 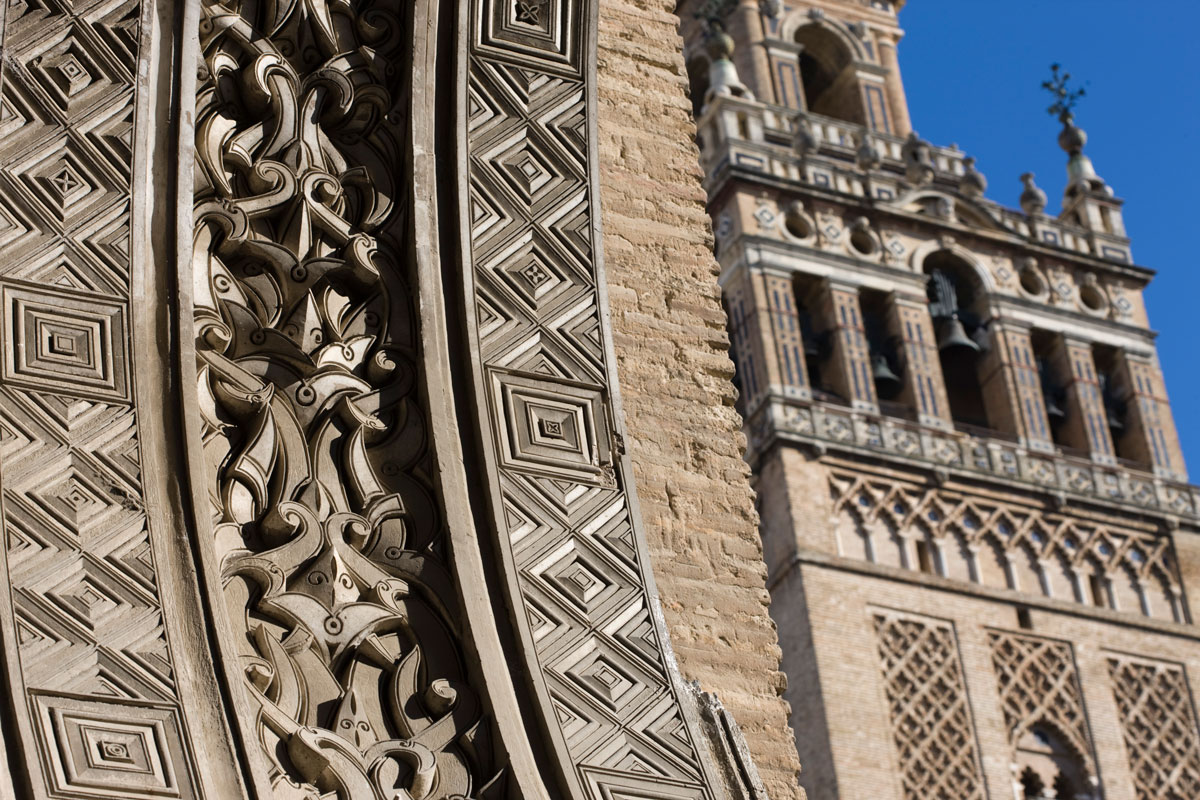 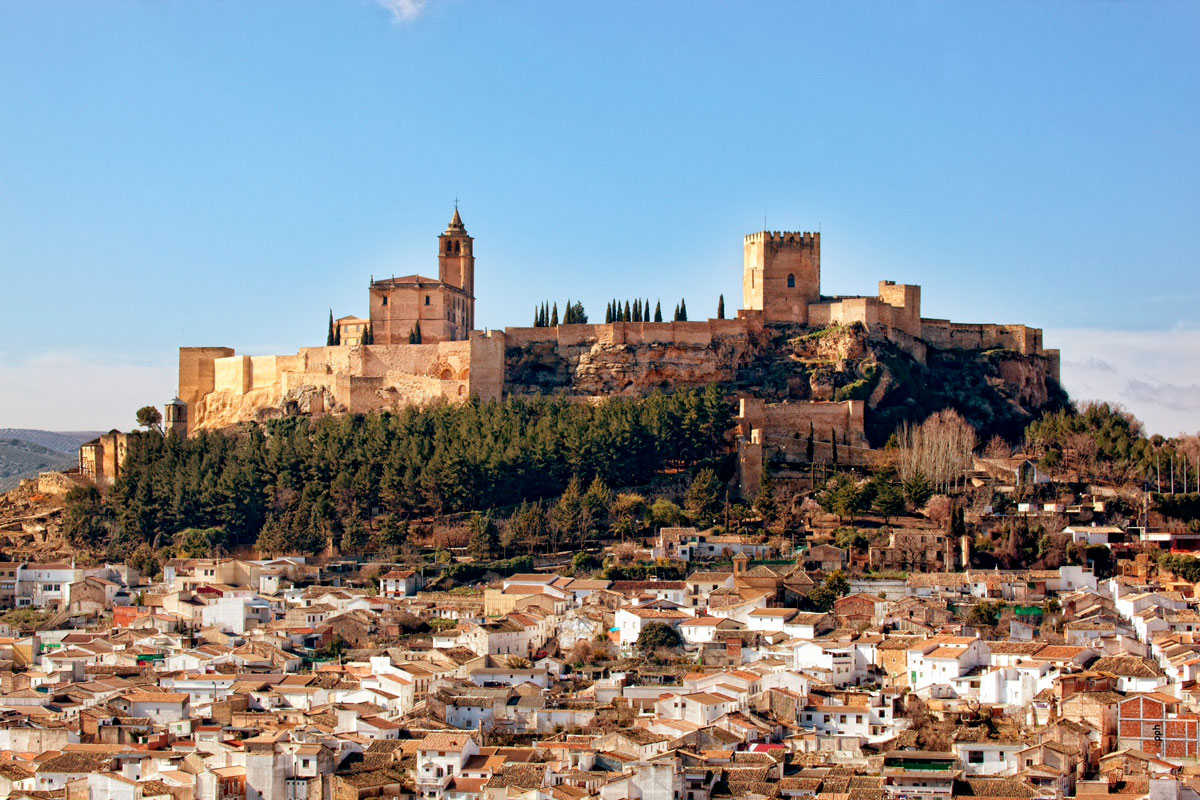 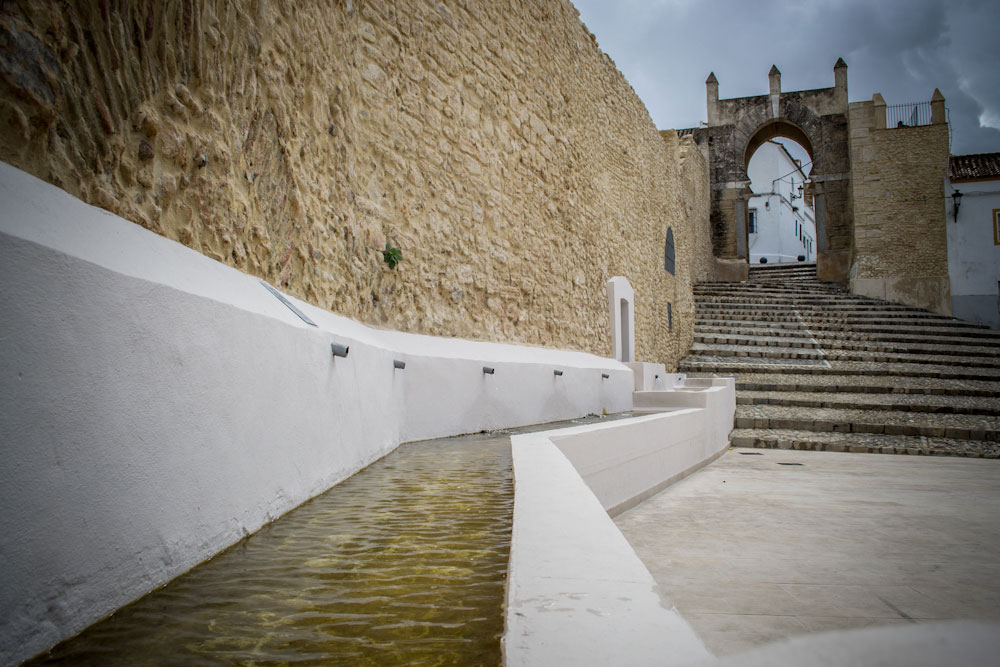 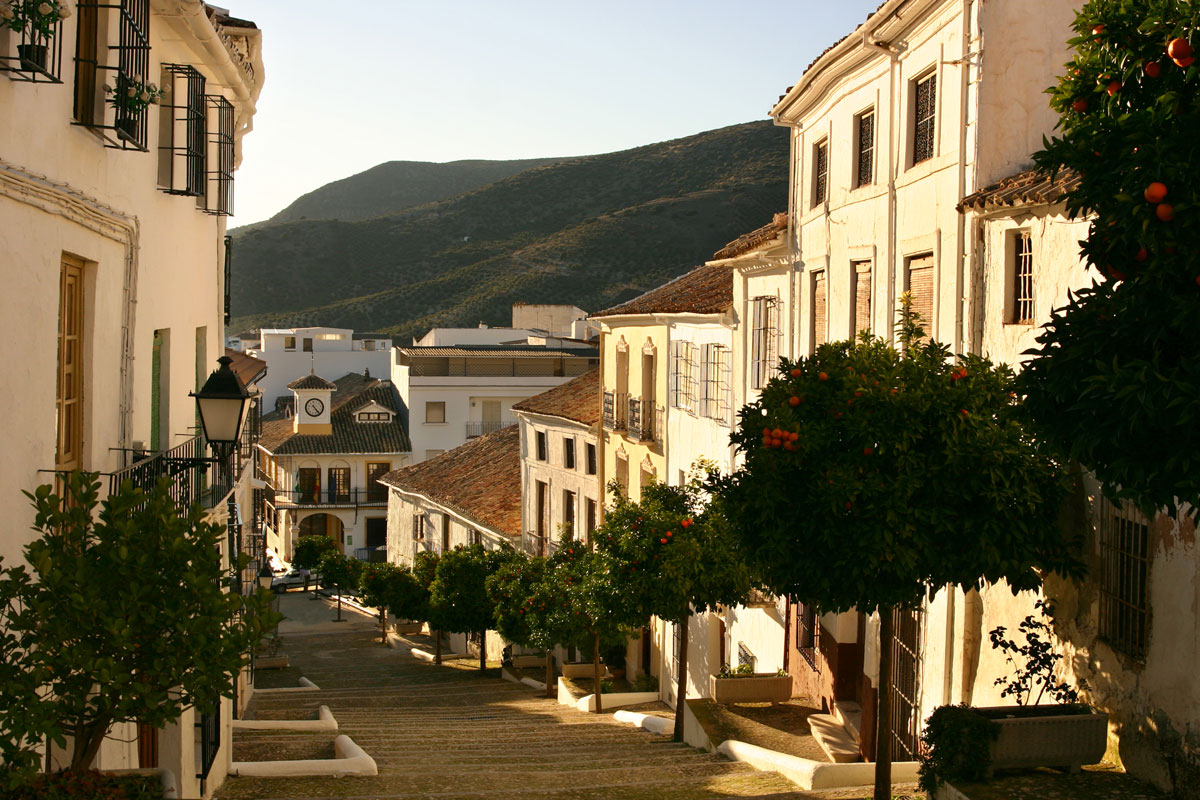 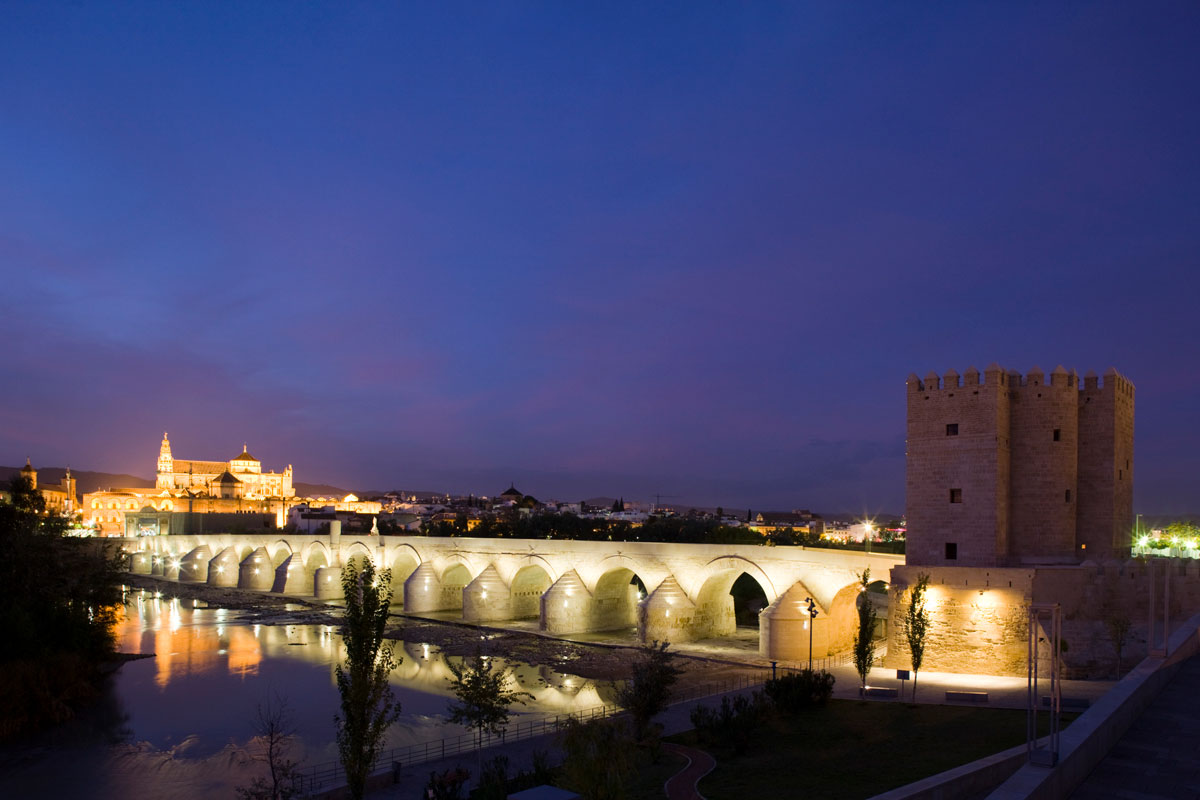