El legado andalusí and Paradores enter into an agreement for tourism and culture promotion. 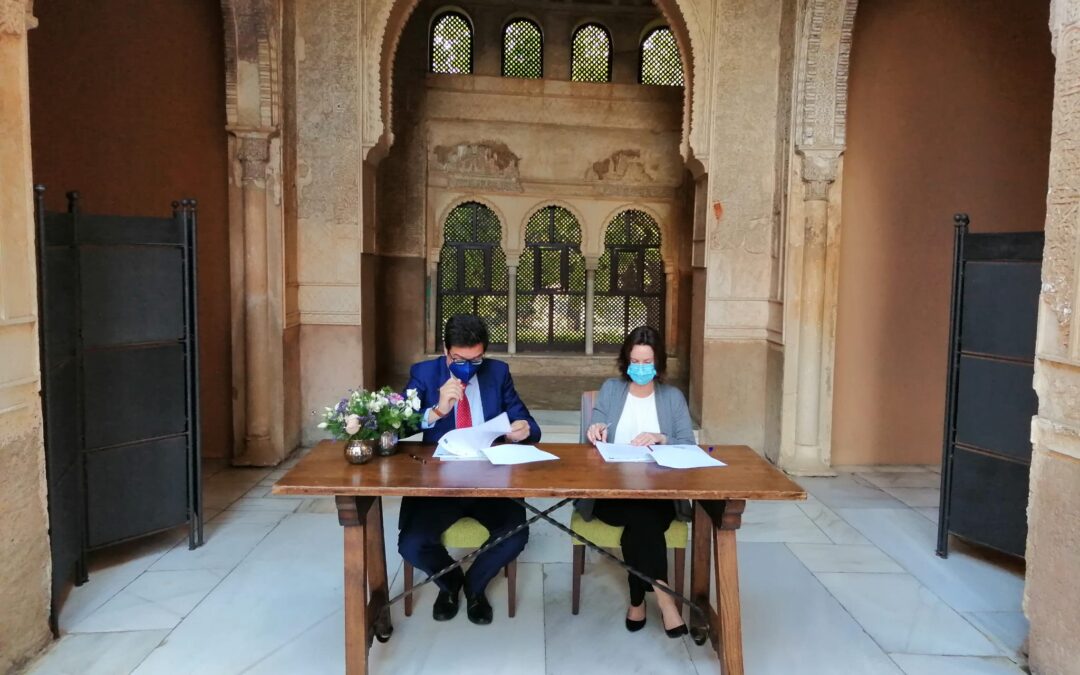 The director of the Andalusian Public Foundation El legado andalusí, Concha de Santa Ana, and the president of Paradores Hotels, Óscar López, have signed today in the Parador Hotel of Granada a collaboration agreement to promote tourism and culture in Las Rutas de El legado andalusí. This is a Cultural Tourism product that connects towns of Andalusia through specific routes, including more than 200 locations that are usually outside the usual tourist circuits. To this purpose, joint work will be carried out to promote these routes, including the organization of cultural activities in some of the 16 Parador hotels existing throughout the autonomous region of Andalusia.

For the director of El legado andalusí, “this agreement means an important step forward in our commitment to quality tourism, as we are including a strong cultural component closely linked to the territory”. “We feel very happy and honoured to have closed this agreement with a company with such a long tradition, prestige and history as Paradores de Turismo de España, and particularly of doing so in such an emblematic and historically significant place as Parador de San Francisco”, explained Concha de Santa Ana.

For his part, Óscar López pointed out that “Paradores collaborates with different organisations and groups for the promotion of heritage of Spain. Thanks to this agreement that we have signed today in the incomparable setting of the Alhambra, we are going to promote and disseminate the tourist routes and the cultural legacy of al-Andalus”.

In addition, by signing this agreement, the photography contest La Mirada del Viajero will be activated again as a way of promoting tourism and culture along the Routes of El legado andalusí, in order to raising public awareness of the importance of heritage conservation as part of the inheritance of future generations.

This photography contest, the tenth and last edition of which was held in 2017 so far, will resume in 2021 under this agreement. The contest will also let the best pictures to be displayed in those Andalusian paradors specified by both parties, provided that the current circumstances allow it. In this regard, in case the evolution of the pandemic were to prevent an exhibition open to the public, other digital mechanisms would be used for the exposure of the images.

The contest also means an opportunity to analyse the role and significance of the cultural mix of the three cultures that inhabited al-Andalus, as well as contributing to the spirit of participation between towns and villages and thus encouraging the flow of visitors along the routes.